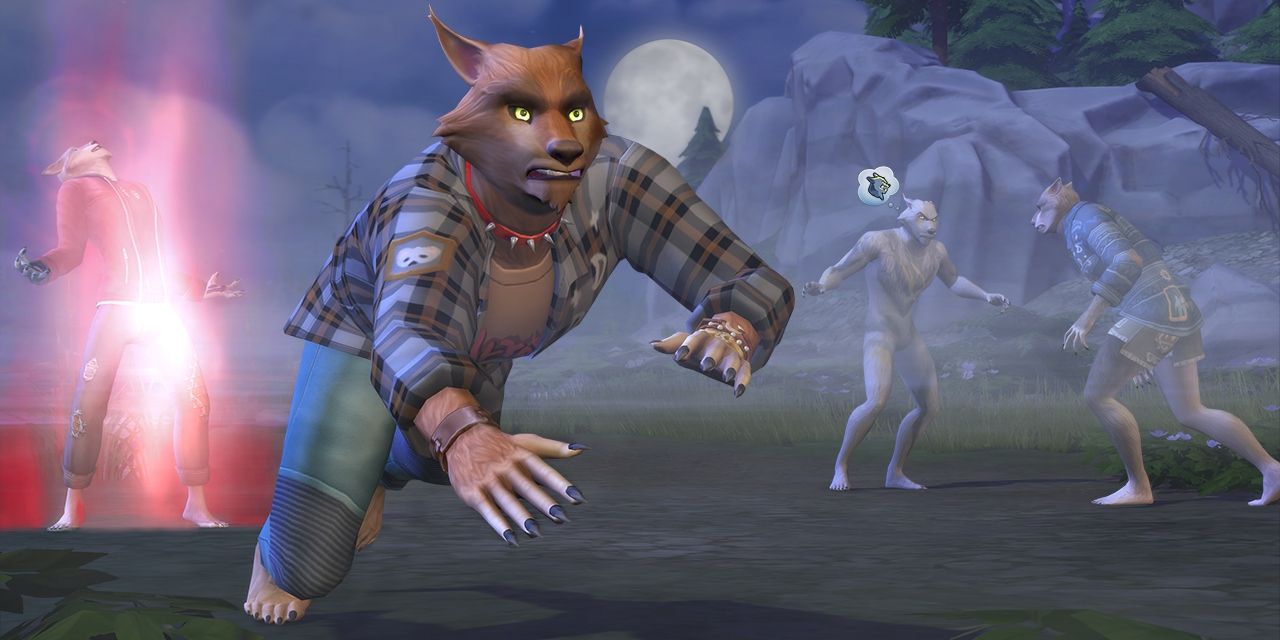 Werewolves allow players to walk on the wild side

After eight years and dozens of DLC packs, The Sims 4 shows no signs of stopping anytime soon. His next Game Pack is werewolveswhich will reintroduce a state of occult life that has been part of the franchise since The Sims: Making Magic. This time, the creatures are undergoing changes that make them distinct while opening up plenty of gameplay and storytelling opportunities. Before The Sims 4: WerewolvesLaunching on June 16, CBR was able to witness a virtual gameplay preview showing off the new content.

Overall, the developers are emphasizing exploration and lore in this pack. Along with the werewolves themselves adding new gameplay mechanics, the new world of Moonwood Mill would be full of secrets that players can uncover as they dig through the town – both literally and figuratively.

RELATED: The Sims 4: Tips and Tricks for New Players

Simmers who have the Vampires and realm of magic Game packs will find parts of werewolves familiar. Much like vampire and spellcasting Sims, werewolves have a special meter above the rest of their needs (this time measuring their fury), as well as a panel with various abilities and upgrades players can unlock at as their werewolf grows stronger and increases in rank.

Starting with Create-a-Sim, there are a variety of new options that will help players create their own unique werewolves. Like other occult Sims, werewolves have two forms to switch between: a Sim form and a bestial form. For those who like to go deeper into their Sim’s facial features, there is an option to link and unlink the two forms. When linked, changes made to one (much like adjusting the Sim’s eye shape or mouth size) will be reflected in the other.

Although (just like with regular Sims) there are various preset options and color palettes, there are plenty of ways to customize a werewolf’s skin, such as swapping colors and Paint mode, which allows players to draw on designs using a variety of brushes and stencil tools. With these tools, players can create more natural-looking werewolves or embark on an absurd design full of contrasting colors and a skeleton pattern.

RELATED: The Sims: Why The Goth Family Is So Important To The Franchise

While Werewolf Sims can be placed in any world, those looking to make the most of the new content will want to start at Moonwood Mill. This new world is said to be an abandoned factory town full of lycanthropic lore and secrets for players to discover if players are willing to dig (sometimes literally) for them. Here they will have the option of trying to join one of two werewolf packs.

Werewolf Sims who don’t want to live as lone wolves can complete certain tasks to join either the traditional Moonwood Collective or the rebel Wildfangs. New apparel and Shop Mode items even reflect these distinct patterns, with various rustic and grunge-inspired options representing both packs. Each pack comes with its own values ​​that members must respect. However, joining one comes with social and gameplay benefits, such as the ability to use their facilities to quickly meet a Sim’s needs. With the packs, the developers wanted to emphasize the community and drew on various ideas from werewolf fiction to create the lore of the game pack.

As for playing as a werewolf, there are various ways to transform, some of which give the player more agency than others. The first has to do with the Fury orb. When this fills up, the animal side of the Sim takes over, causing them to automatically transform. In an uncontrolled transformation, the game will try to push the Sim to be more destructive. For example, a Sim may lose the ability to sit on a sofa, but they may scratch or even eat their furniture instead. There is also a way to transform at will, although this option must be unlocked.

Werewolves also have tempers, which are basically extra traits that give them more personality. Ranking up will cause the werewolf to gain more tempers, including Frisky (increases the amount of rage built up while flirting) and Wracked With Guilt (which does the same when the Sim is sad). Although temperaments cannot be selected, the developers have stated that there are ways to “manage” them.

There are also werewolf abilities, which work similarly to those of other occult life states. There are 25 abilities that players will be able to spend points they earn by gaining experience as a werewolf, plus six dormant abilities that are unlocked by completing specific tasks or activities. For example, mastery of transformation allows a werewolf to transform whenever they want while retaining some of their humanity, and it forces the werewolf to undergo an uncontrolled transformation without scaring anyone.

RELATED: PREVIEW: Stray Is An Adorable Game Made By And For Cat Lovers

Fittingly, Lunar Cycles is coming to the game as part of a free update, though players will need werewolves to take full advantage of it. so far, The Sims 4 always featured a full moon, but the update will bring different phases, which come with lighting changes. More importantly, the different phases of the moon will impact werewolves in different ways, and hovering over the new icon next to the date and time will explain what exactly is going on. Beyond that, some collectibles and interactions will change or become available depending on the moon.

Like other game packs, werewolvesThe call will depend on the Simmer. Those who prefer to tell realistic, grounded stories with their Sims won’t find much here, but it’s also worth noting that there’s an option to limit Werewolves to Moonwood Mill, making it easier to control a part of the chaos of the pack. Globally, werewolves seems to accomplish what it sets out to do, bringing a new state of life to The Sims 4 which allows players to explore their wild sides.

The Sims 4: Werewolves game pack releases June 16. The Sims 4 is available to play on PC, Xbox One, and PlayStation 4.