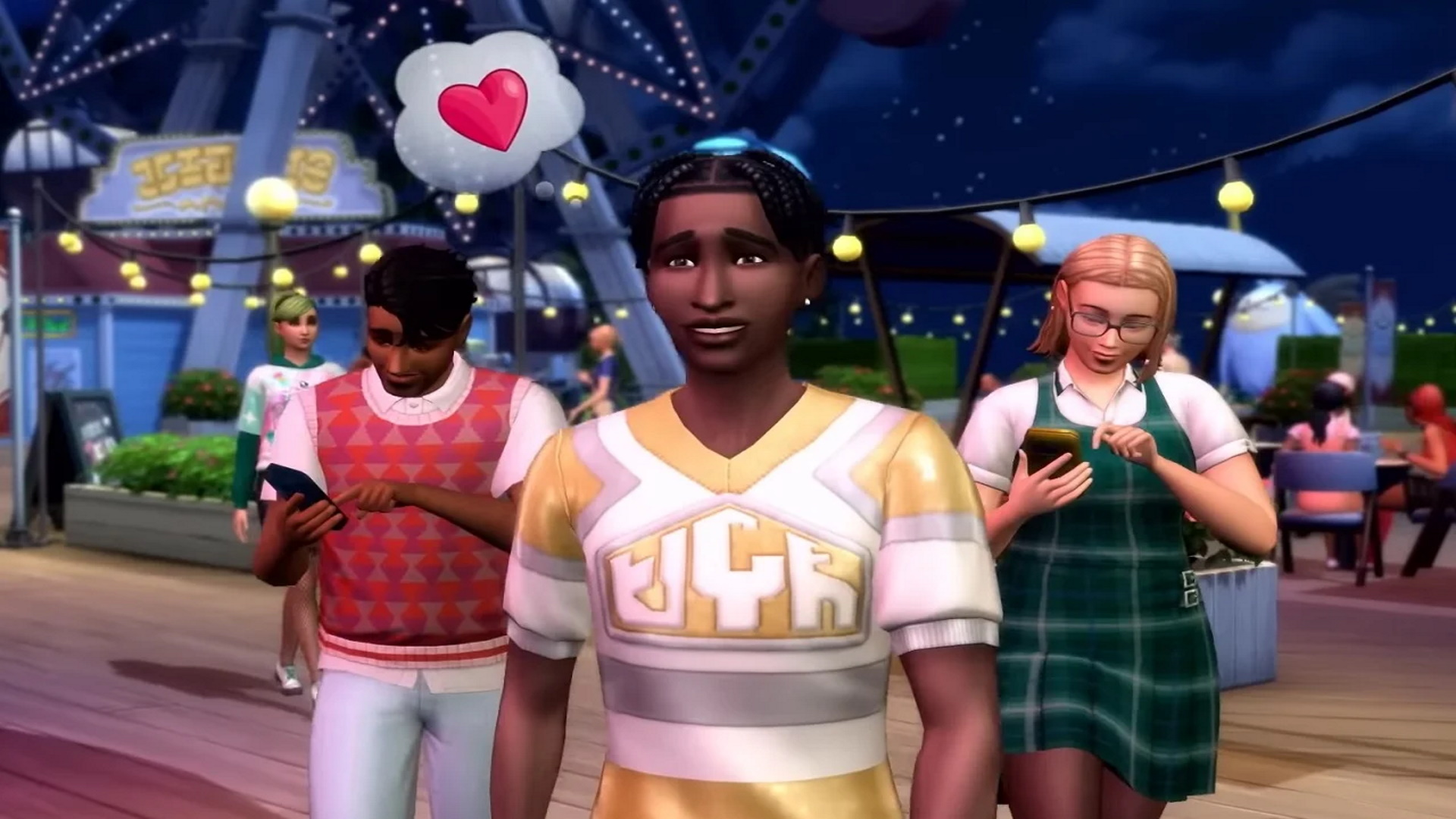 A Sims 4 bug with the Social Bunny app is causing confusion and frustration with how relationships work in the Game of Life. Maxis and EA have added the Social Bunny app alongside the High School Years expansion in an effort to streamline and improve the game’s social media experience, with new ways to communicate and interact with friends who should, ideally, make using social media more enjoyable and intuitive. And it does, to some extent, but there’s a bit of an unexpected problem when it comes to seeing those relationships flourish.

Reddit user forward_spinach5877 posted a question asking why their Sim was slowly developing a romantic relationship in their sleep with one of those best friends who, during waking hours at least, didn’t interest them that much. A thought bubble with a pool of water accompanied this increase in romantic feelings, prompting forward_spinach and several others to think that maybe it was a…physiological feature, so to speak, meant to complete the teenage experience. .

But it turns out that’s not really the case. Further into the conversation, beyond the jokes about wet sheets etc., other players said it was pretty much the same as Social Bunny. The app apparently has a bug where your Sim randomly falls in love with one of their contacts, regardless of their relationship or gender.

Sure, the idea is kind of true to life, of waking up one day and realizing you have feelings for someone, but that’s a problem with the changes Maxis has made to the way the game deals with your Sim’s sexual orientation. If you want a female Sim to only be attracted to other females, this is a great way to ruin the role-playing fantasy and punch a few holes in the experience.

If you want more control over parts of your Sims without problems, check out our list of the best Sims 4 mods. There are many customizations ranging from clothes to new behavior sets and some of the best Sims 4 CC creators and packs. And for those who want a less literal experience, The Sims 4 cheats allow you to completely break the game.