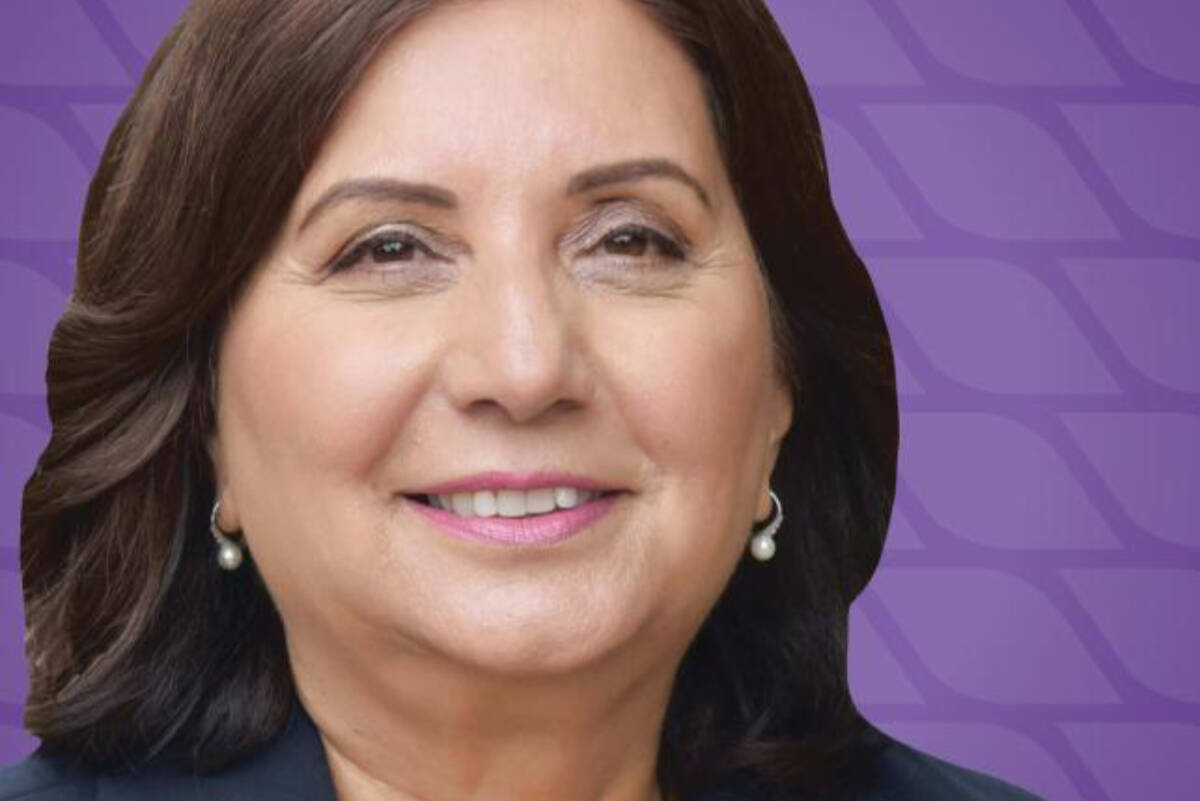 Surrey mayoral candidate Jinny Sims has said that if she and her Surrey Forward slate are elected on October 15, the city will get a 10,000-seat football stadium and performing arts center as part of a new arts, entertainment and sports district to be completed by 2026, in the Tom Binnie Park area of ​​Whalley.

This is the intended location for now. “It depends on whether a better location can be found,” she told the Now-Leader.

Sims said during a campaign presser on Tuesday that the proposed project would also include office buildings and residential towers.

“This is a once-in-a-lifetime opportunity to put Surrey in the eyes of the world, an opportunity we cannot pass up on short-sighted politicians squabbling over decisions made over the past decade,” said Sims.

The performing arts center, she said, would include two theatres, the larger with between 800 and 1,400 seats and would be designed to accommodate “large traveling shows such as cultural dance performances, Broadway, musical acts and the like”.

The second theater would have between 200 and 400 seats and would be designed to “accommodate community theater and foster the development of professional dance and theater companies in Surrey”.

The Entertainment District, meanwhile, would include restaurants, “nightlife and other year-round entertainment.”

The soccer stadium, according to a Surrey Forward press release, would be built to “attract” a Canadian Premier League-style club, “ideally with a men’s and women’s professional soccer team.”

“This project will be completed in early 2026,” Sims promised, if she and her team are elected. “This will be the first project for a reconstituted Surrey City Development Corporation. We can create a process whereby the soccer field, entertainment district, offices and residences will be completed by private companies in partnership with the Surrey City Development Corporation. And the Civic Arts Center will be funded by the SCDC’s net return of investment to minimize taxpayer investment.

“We will complete this by 2026 to ensure we can fully participate in the World Cup. Surrey will be looking to host a national team at our facilities as a warm-up and training centre. Ideally, we will welcome the world through friendly practice matches and preparation for matches in Vancouver,” said Sims. “If Vancouver and its First Nations partners win the bid for the 2030 Winter Olympics, the City of Surrey will participate in the performing arts elements of the games. »

The proposed project has not been costed.

“I’m not worried about the cost because there’s also infrastructure funds available and it’s regional infrastructure that we’re building,” Sims said. “It will also be in the transit hub.”

Here’s what you get if you’ve already bought it