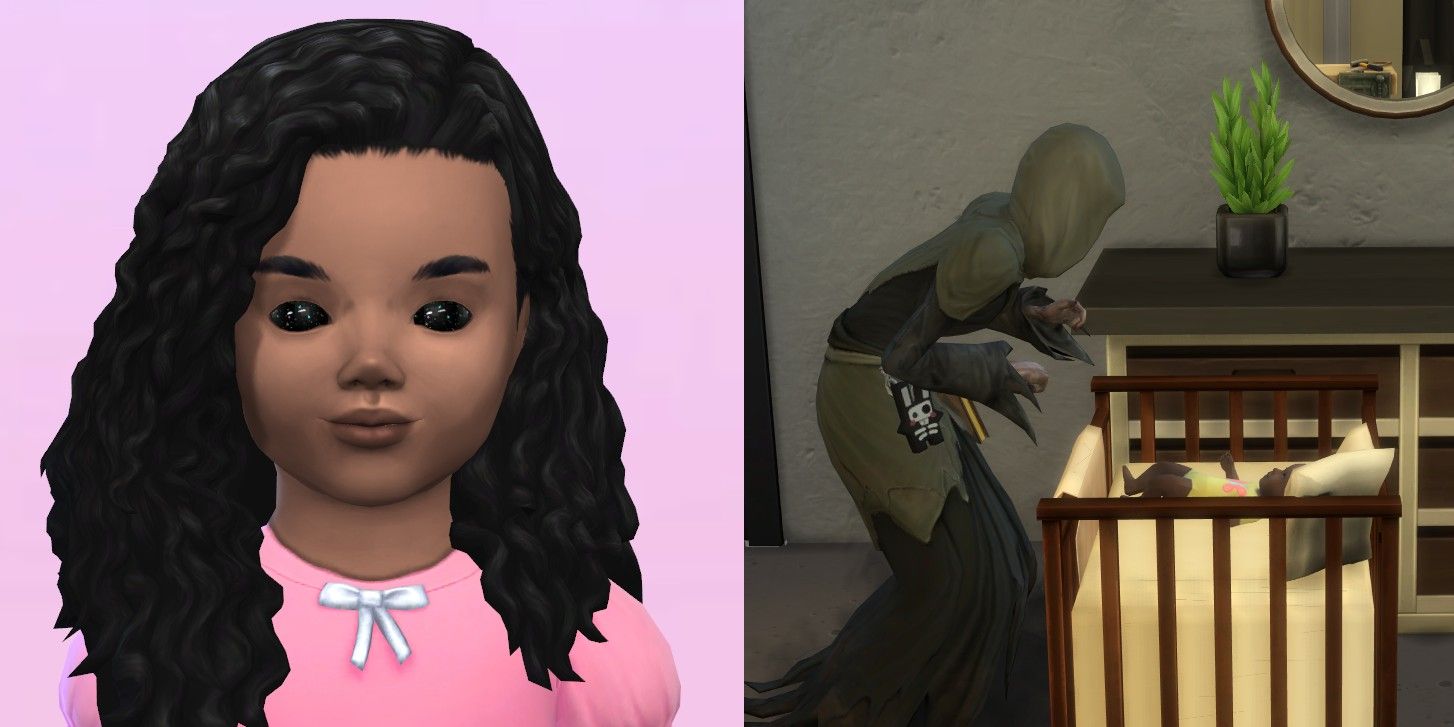 A Sims 4 player has shared the complicated history of his house after having a baby with the Grim Reaper using cheats and a game mod.

A player of The Sims 4 shared a look at their complicated in-game family, featuring the Grim Reaper as a parent made possible with cheats and a mod. Cheating and The Sims go hand in hand, giving players more freedom when it comes to acquiring money or placing their furniture, users can change game settings with simple controls to change the typical gaming experience.

Cheats and mods for The Sims 4 are hugely popular, thanks in part to what many believe to be lackluster gameplay available natively in the game. Many have criticized the long-running fourth main installment sims franchise to offer less character depth and storytelling options than previous versions, while removing the open world from The Sims 3, and remove things like working cars. While cheats can help polish minor gameplay elements, modders have gone the extra mile to overcome many of these issues, creating immersive mods to transform The Sims 4 experience with more meaningful gameplay and abilities.

Related: The Sims 4 Player’s Palace Of Versailles Took An Entire Year To Build

Redditor Murghana gave The Sims 4 players a glimpse of their current in-game family, revealing an elaborate backstory of cheating, death, and debauchery. Sharing some footage from their game, the user explains that through tricks, they were able to procreate with the figure of Death by killing their son and adding the Grim Reaper to their household. After successfully making the Grim Reaper fall in love with them, they then used the infamous NSFW mod Wicked Whims to get pregnant via the spooky specter. According to the user, their baby had “completely black eyes until she becomes a child,“adding that”his father loves him!“

The Reddit post got a lot of attention from gamers hoping for WooHoo with the sims‘ Grim reaper. The exploit can be emulated the same way Murghana described it, using the UI Cheats extensions and the Wicked Whims mod, although the latter comes with a strong content warning due to its graphical nature and its mature themes. Another way for players to procreate with Death is to have Grim Reaper join a Sims household and then have a child with him as a parent in Create-a-Sim.

The Sims the developers have enabled cheating throughout the series in order to give players as much freedom as they want, a contrast to typical video game cheats. It’s likely the toddler’s black eyes in the Reddit post were included as a feature for those looking for the Grim Reaper as a romantic partner, though it’s somewhat disappointing that the eye color does not last in childhood. With new The Sims 4 Content released regularly, fans of the game can expect additional cheats and player-created mods as the game’s community continues to grow.

Next: Can The Sims 4 Grim Reaper Be Romanicized

How Pokémon Legends: Arceus was influenced by Pokémon GO

What we want to see in future expansions

How to Complete the Perfectly Well-Rounded Storyline