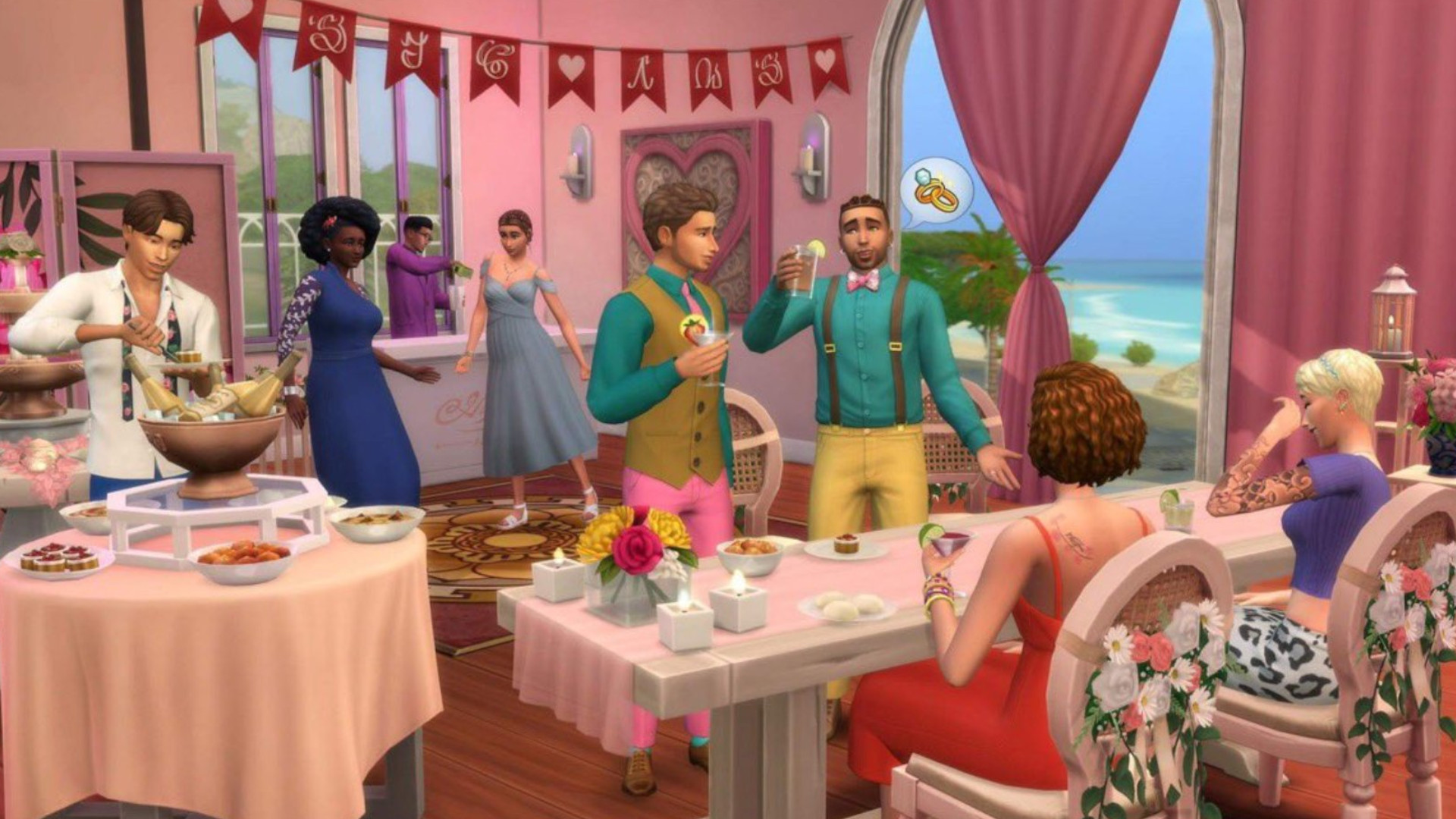 After a teaser back in January suggested that a wedding game pack was on the way for The Sims 4, we now have plenty more details on what to expect. It’s just not official yet. A new game pack called My Wedding Stories has been leaked with a slew of screenshots, a cover image, and a release date, so those early details already look pretty solid.

The title and a February 17 release date for the My Wedding Stories game pack were originally leaked Update Lumia on Twitter (Going through Sims Community), an account that has accurately leaked other Sims 4 DLC packs in the past, including the recent Carnival Streetwear Kit.

According to a leaked store description translated by Britney Lunar on Twitter, the pack will let you plan an entire wedding, from choosing honor sims to hosting engagement dinners and wedding rehearsals. You’ll be able to choose the menu and decorations, and go through all the usual Western wedding traditions, like exchanging vows, smooching at the altar, then making awkward speeches and cutting an overly decadent cake at the reception.

The leak also includes a host of screenshots of the new pack, which you can see below.

The Sims 4 My Wedding Stories. I found them in a very dark corner last night. Happy birthday. pic.twitter.com/TqVsgIVbGB

Of course, all of these details are subject to change pending the official announcement. Check out our guide to the best Sims 4 mods if you’re looking for more.

All About Gambling In The Sims Video Game