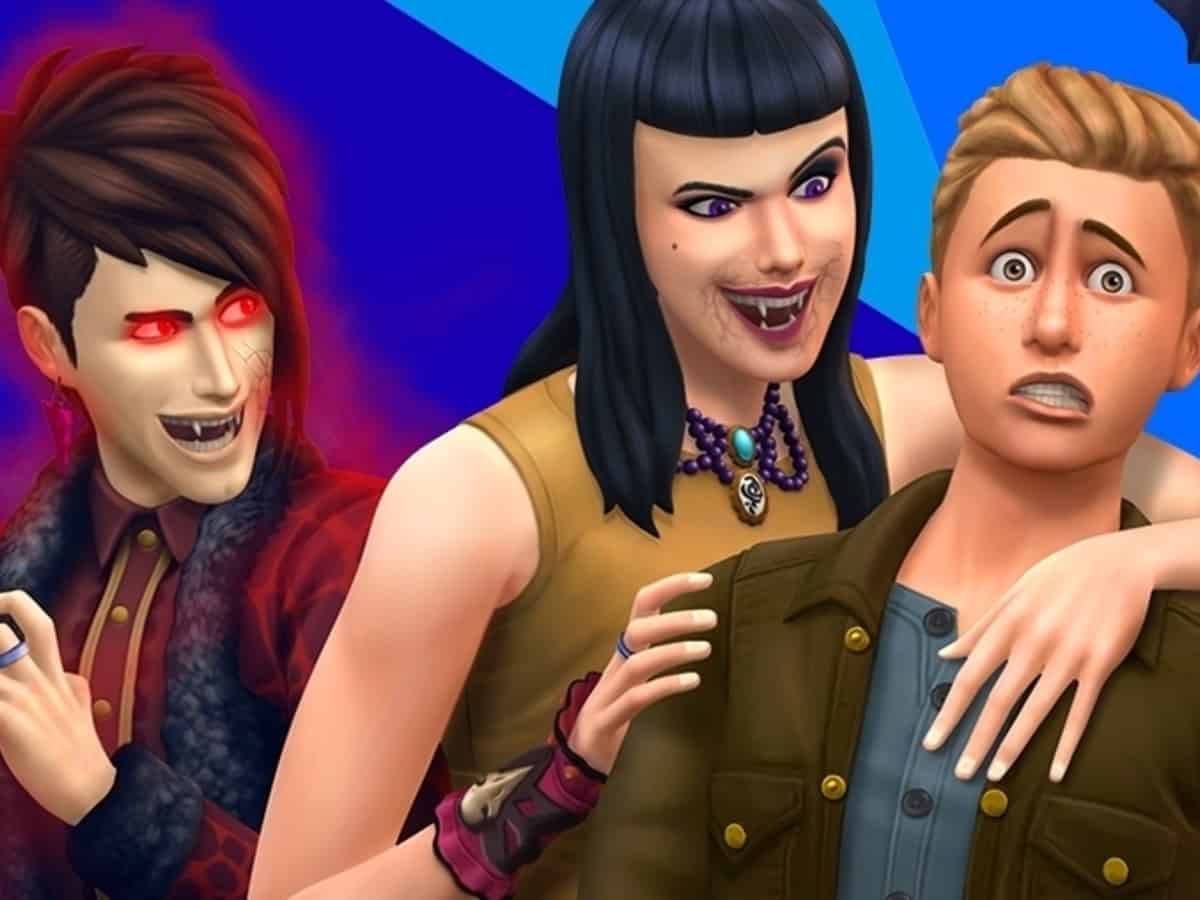 Everything You Need To Know About The Sims 4 Vampires

In this guide, we’ll go over a general overview of The Sims 4 Vampire and how to get the most out of them when playing them.

While Sims 4 may not have as many occult options as its predecessor, there is no doubt that what the fourth iteration of The Sims game added to occult Sims gave them more depth and abilities in the Game.

How to Make a Vampire Sim in Sims 4

There are several ways to create vampire Sims. Either by turning your pre-existing Sims into them, by creating new ones in the CAS, or simply by cheating.

What exactly makes a Vampire Sim different? Vampire Sims must feed on others. While the game can’t get away with calling it blood, they feed on plasma – which they can either get from other Sims or buy bags of plasma to quench a vampire’s thirst.

There are five vampire ranks, each unlocking new abilities and powers. Each vampire rank unlocks another row of powers and weaknesses to choose from:

Vampire Sims have several options for increasing their Vampire Rank.

When vampires reach a new vampire rank they must choose a weakness or else they will not be allowed to learn new powers, this acts as a way to balance their powers but also adds more fun gameplay to make each vampire unique .

The easiest way to create a vampire is to use the Create A Sim option. When you click on your occult option, you can create your vampire from scratch, giving it that undead look or perhaps focusing more on suave and alluring vampiric charm. However you want your vampire to look like, there are plenty of options, including gothic ones. These Vampires automatically default to Rank 1 Vampires.

The next way to turn yourself into a vampire is to visit Vladislaus Straud, the local Vampire Grand Master. Befriending him will later allow you to ask him to turn you into a vampire. This is the option to use if you have a pre-existing Sim that you’d like to transform but don’t want to use cheats.

You can also resort to cheats if you want to turn a pre-existing Sim into a vampire, here are the cheats to use:

Here are the Vampire-specific cheats you can use for your Vampires.

Vampires can unlock different abilities and powers depending on their vampiric rank.

Allows the vampire to change “Go Here” to “Fly Here as Bat”, which is essentially an instant teleport. A self-interaction can cause a vampire to always move like a bat, even over short distances, but this can be activated at will. Two unrelated vampires who both have bat form powers can “WooHoo As Bats” or even “Try for Baby as Bats”.

Creates an unreal ethereal being that the target talks to for a short time. The target gains some of their Social Need for this, so it’s a pretty positive power even if other Sims might look at the victim a bit oddly.

Vampires are generally not allowed to enter another Sim’s home until specifically invited. Vampires with this power can enter houses at will and even use a little magic to lock or unlock doors. Perfect if your vampire does most of their hunting at night.

Similar to the Alluring Reward Trait, this Vampire will give a permanent, passive buff that physically attracts all other Sims around them.

Greatly increases the chance of winning fights, even against other vampires who don’t have this ability. Vampires with vampiric strength will almost certainly win fights against human Sims.

Forces the target to cook, clean, repair items, attempt to talk to a second target, etc.

Prevents normally inflicted debuffs from being near houses decorated with garlic items.

Allows you to turn normal human Sims into vampires. The order to do so must be given; a turn will not come with a mere bite or frenzy.

Forces the target to stand and greatly reduces their resistance to tracking powers. This power can be undone once you become one with your victim.

child of the moon

Gains a passive buff at night that increases all skill gains.

Manipulate the spirit of life

Allows the Vampire to drain the life force of one Sim and give it to another. This can speed up or lengthen a human Sim’s natural lifespan, respectively.

Allows the Vampire to recharge their Vampire Energy faster while sleeping.

Increases the threshold needed to change emotions, thus keeping the vampire at Fine or Happy much easier.

Passive buff that allows the vampire to run at incredible speeds everywhere.

Forces the target to go critical with its need counters.

Reduces the impact of sunlight on the vampire, lowering their vampire energy consumption and reducing the chance of them dying in the sun.

Completely freezes the hygiene meter. Useless if stacked with the Antiseptic reward trait.

Forces the target to feel an emotion of the vampire’s choice.

Allows the Vampire to transform into a Misty Wisp and teleport often.

Reduces craving decay. Can be purchased multiple times, but Thirst Need can never be completely frozen.

Weaknesses of The Sims 4 Vampires

Inflicts disease if vampire eats food other than Plasma Fruit Salad. Without this weakness, eating normal foods does nothing.

Inflicts a mood debuff if the Vampire forces a victim to drink. Easy to manage if your vampire has multiple friends or a good supply of Plasma Fruit.

Sometimes causes the Vampire to hiss for no reason, scaring nearby Sims and giving a low strength debuff to all nearby Human Sims.

Significantly increases the damage that the sun causes to the vampire. Can be taken multiple times, but at high levels it can be instantly fatal if the vampire wanders outside with low vampire energy.

Sleep of the Undead

This vampire is only allowed to sleep in coffins. This one is easily manageable as coffins are relatively affordable and vampires can always use Dark Meditation for quick recharges. Additionally, two vampires can court Hoo in coffins, so swapping a bed for a coffin won’t hurt a relationship’s fireworks.

Reduces the amount of Vampire Energy gained while sleeping.

Inflicts a debuff that greatly reduces the chance of success with any vampire power active during the day, even if the vampire is safe inside.

Randomly inflicts a high strength sad emotion that will likely override any other emotion. When paired with the dark trait, the Sim is almost always depressed.