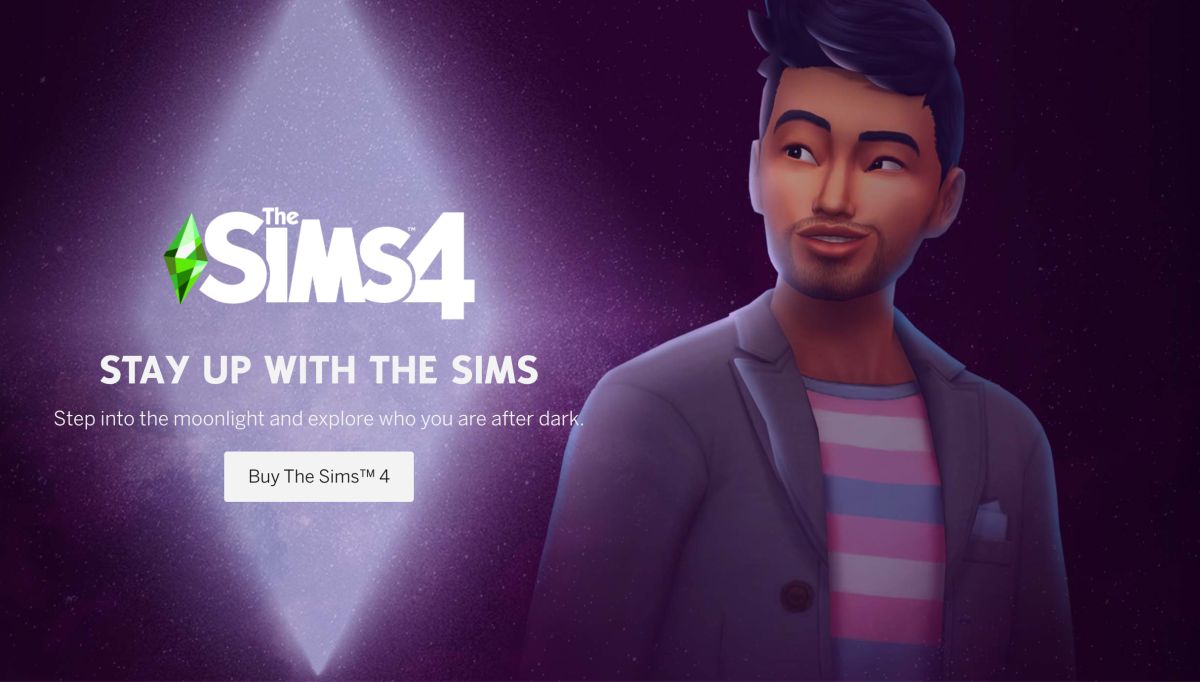 The Sims 4 Pronouns Update could be rolling out very soon.

Last year, more than 20,000 Sims 4 players signed a Change.org petition asking EA to add gender-neutral pronouns to its long-running series of social sims. And their voices were heard loud and clear. Maxis announced in January that it would be releasing an update allowing you to assign your Sims he/him, she/her, and they/them pronouns, as well as enter your own custom pronouns.

The game’s recently released roadmap doesn’t give any details on when the pronoun update will be added. But a redesign of The Sims 4 Official Site following the recent “Go Wild” announcement could hint that it’s on the way very soon. As reported by Sims CommunityTwitter user Mischa noticed that the site’s main page had been updated to feature a Sim wearing a t-shirt resembling the Transgender Pride flag.

This sim is wearing a shirt that looks like the transgender pride flag 🏳️‍⚧️ could this be a hint that the pronoun update is coming this quarter?May 3, 2022

The image has now mysteriously disappeared, but the tagline wording that’s now posted on the Sims 4 website still suggests that the customizable pronouns update may not be far off.

It reads, “Step into the moonlight and explore who you are after dark!”

We’ll have to wait for official word from Maxis on when customizable pronouns will be added to the game, but with Pride Month on the way, it’s a great time to make The Sims 4 a more inclusive experience.

Want to spice up your Sims’ lives? Take a look at our selection of best sims 4 modsrealistic birth immortality.