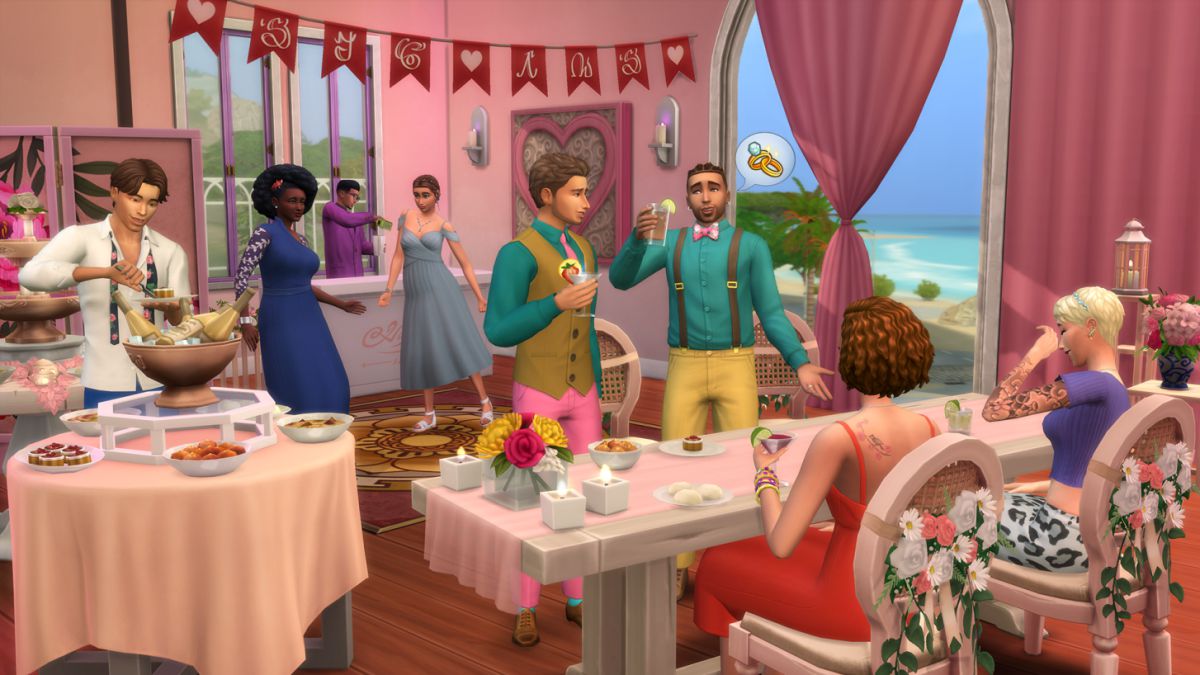 The Sims 4: My Wedding Stories was due out this week; Thursday February 17 to be exact. However, a last minute change delays its release but manages to make the game accessible to everyone around the world.

Just last week, Electronic Arts announced that the My Wedding Stories game pack would not be released in Russia due to LGBTQ relationship laws in the country. Since 2014, Russian federal laws have led to The Sims 4 being considered an 18+ game, prohibiting its sale to children due to the sexual depictions it features.

“We have made the decision to forgo the release of ‘My Wedding Stories’ where our storytelling would be subject to change due to federal laws,” Electronic Arts wrote in a statement to the community last week. “We are committed to the freedom to be who you are, to love who you love, and to tell the stories you want to tell.”

Thankfully things have changed and in an update on their blog it was announced that they had “re-evaluated” their options, deciding to launch My Wedding Stories “as is and without change”, including Russia.

“We listened to the outpouring of feelings from our community, including support for our decision and concern for other community members,” the blog post read. “It’s equally important for us to stand up for our values, including the fight against homophobia, and to share stories like this with those who need it and need it most. “

When is the new release date for The Sims 4: My Wedding Stories?

With this new decision, The Sims 4: My Wedding Stories will arrive on February 23, including in Russia. The Game Pack will be available on PC and Mac via Origin and Steam systems, PlayStation 5, PlayStation 4, Xbox Series X|S and Xbox One.

What does My Wedding Stories include?

My Wedding Stories, as the name suggests, sets us up to have the wedding our Sims deserve. As a new scenario, we are presented with the paradise of Tartosa, the most romantic world of The Sims 4.

This scenario will be the stage for creating romantic stories that set everything up for our Sims’ nuptials. From asking the question, making all the preparations for the wedding, the parties, the bachelor parties, the wedding, and even a few years later, the renewal of vows.

While you wait to prepare for the wedding of your life, be sure to check out our list of tips for The Sims 4 you might need some money.

EA will release Sims 4 expansion in Russia despite homophobia