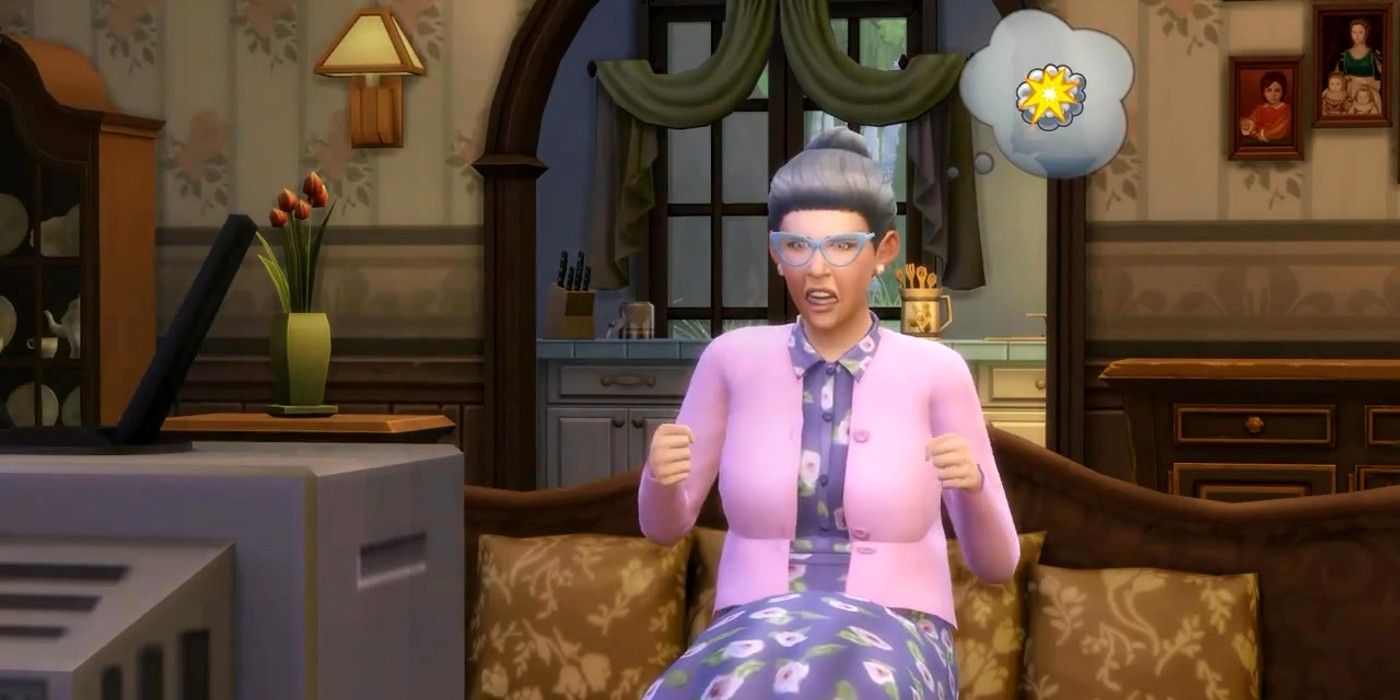 A recent livestream revealed plenty of new stuff for The Sims 4 players to look forward to over the next few years, but they may not all be in the best interest of the community. The Behind the Sims Summit revealed expansion packs for The Sims 4an improved update for babies and even a brand new sims game in development. One of the announcements that featured the most detail was a new mod and custom content platform where players will be able to safely upload curated content – but many of the platform’s rules make it less than ideal. .

Even if a new sims game, which currently runs under the codename Rene Project, caused a fair amount of hype within the sims community is several years after its release. The development team reiterated that there are still several years of The Sims 4 planned content, which includes monthly sims Drops Delivery Express, new kits and expansion packs, and an update that will make The Sims 4 babies more than furniture. The team is also working to build a stronger relationship with The Sims 4 content creators, bringing together a group of Simmers called “The mod team” and in partnership with the CurseForge site to create a new download destination.

Related: Sims 4 Player traps Sim in the walls, documents his life on TikTok

Mods and custom content for The Sims 4 are a huge part of gameplay for many players, allowing things like new clothing and furniture as well as gameplay to be added to the game, which many players use to inject more chaos into The Sims 4. There’s an almost endless supply of mods and CCs online for gamers, though they’re often relegated to the creator’s site or paid aggregate sites like The Sims Resource. The new CurseForge project aims to remedy that, providing a kind of one-stop-shop for everything players could want. However, the new platform also comes with a set of guidelines that will exclude many of the top The Sims 4 mods.

The Sims 4 CurseForge Modding and CC Guidelines Are Incredibly Limiting

The CurseForge platform – due to launch in beta for Windows on November 14 – has released its list of guidelines for The Sims 4 content that can be downloaded from the site, and it’s an incredibly long and disturbing laundry list. First, essentially all mods that allow Sims violence are banned, with the site stating: “Violence or fighting in The Sims can be described as playful, obscuring any real physical contact to fight Sims behind clouds of cartoon dust. However, Sims do not attack, physically harm, maim, or kill other Sims.“The list then expands to bans on things like nudity, drug use, and a rule that mods”must not contain any illegal or unwanted activity“, which is incredibly broad. Creator uploads are also prohibited from featuring “names, images, or likenesses of real-world people, unless the Creator Himself,” “names and representations of real-world places, buildings, or landmarks“, and any content related to real brands.

Unfortunately for The Sims 4 players, these guidelines exclude many fan-favorite mods and custom content. The game is all about creating a personalized experience for players, including through modding, and many use things like the The Sims 4 The Extreme Violence mod, the infamous NSFW Wicked Whims, and the Basemental Drugs mod to introduce more mayhem and fun into the title – all of which break these rules in one way or another. On the tamer side, a lot of custom content is centered around bringing branded goods into the game, such as Gucci clothing and IKEA furniture. One of the worst parts of CurseForge’s list of rules is the broad nature of some of its requirements, which will likely create a slippery slope of banning content for vague or mundane reasons.

To a point, some of these restrictions are at least somewhat understandable – because CurseForge is an officially endorsed platform by The Sims 4, things like copyrighted material could lead to legal issues, and NSFW mods can contradict the game’s T-rating. However, the need for these extreme limitations begs the question: why create the platform? Most gamers won’t stop wanting to unleash their inner villain in The Sims 4 anytime soon, and they also won’t want to stop uploading things like designer clothes and Sims based on real-life celebrities. The Sims 4 players currently have hundreds of thousands of mods and custom content at their disposal – so trading that for a much smaller and extremely sanitized catalog with CurseForge seems like a bad idea.

Next: How to get The Sims 4 for free