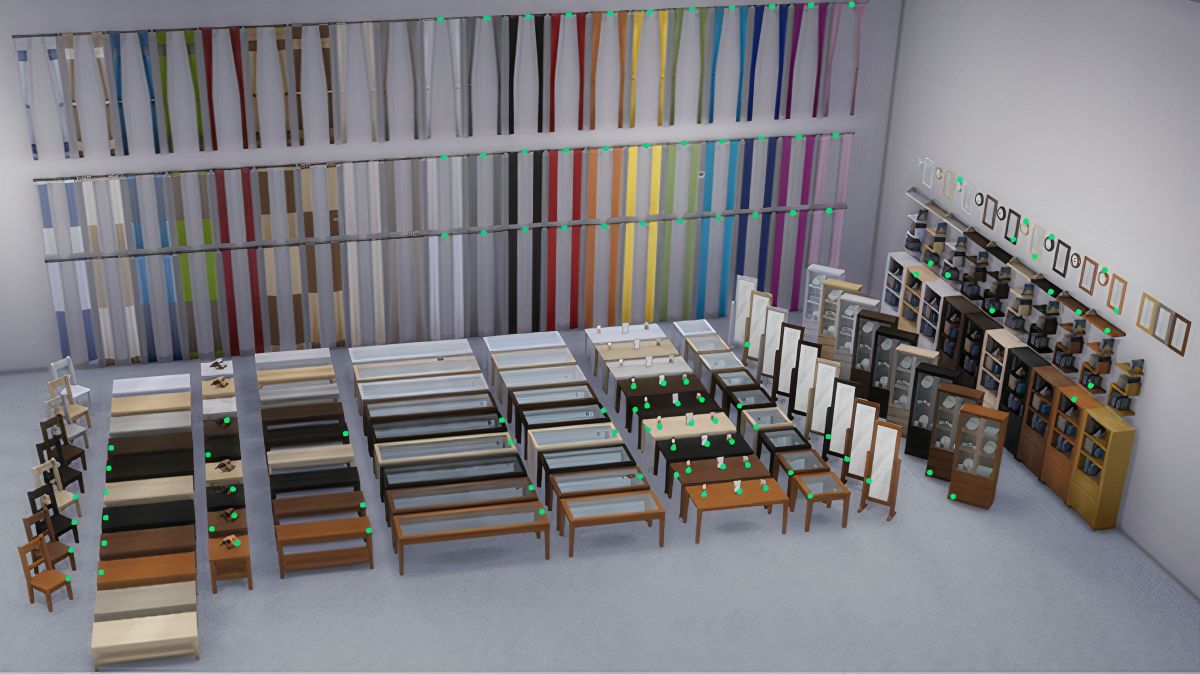 The Sims 4 just got 1,200 more furniture samples for free

Holy shit, EA has finally added a bunch of new samples to The Sims 4!

Long-time Simmers will know that one of the biggest downgrades from The Sims 3 to The Sims 4 was the removal of Create Style, which essentially allowed for unlimited furniture samples. The base game was sorely lacking in decent, usable samples that match other furniture sets from other expansions.

Additional samples have been a big request from the community for some time now, and it looks like EA has finally listened. A patch released on September 21 added 1,200 samples to 149 items in the base game.

“The vision of the art team was to complement and enhance these resources so that Simmers have more choices and use them more,” producer SimGuruRusskii wrote in an update post. “Also, why not?

The team shared a series of screenshots showcasing some of the new samples alongside the old ones, and they look really fantastic. More curtains have basic and plain swatches and all windows in the base set have received new paint jobs. Matching wood tones across furniture is easily one of the most frustrating things when building, but it looks like a ton of wood items just got a bunch of extra options, too.

Most of the samples took the more ‘normal’ route, which makes sense because they’re more consistently usable. But there are also some funky colors here, like new pink and baby blue options for a stove and bright rainbow wallpaper shades.

EA has done a great job of breathing modern life into the base game. In the past year alone, we’ve seen bunk beds added, along with a much-needed overhaul to skin tones and hair textures. He’s also started working on some of the older expansions, with the Spa Day game pack having recently been refreshed.

The Sims 5 careers should let you dream even bigger