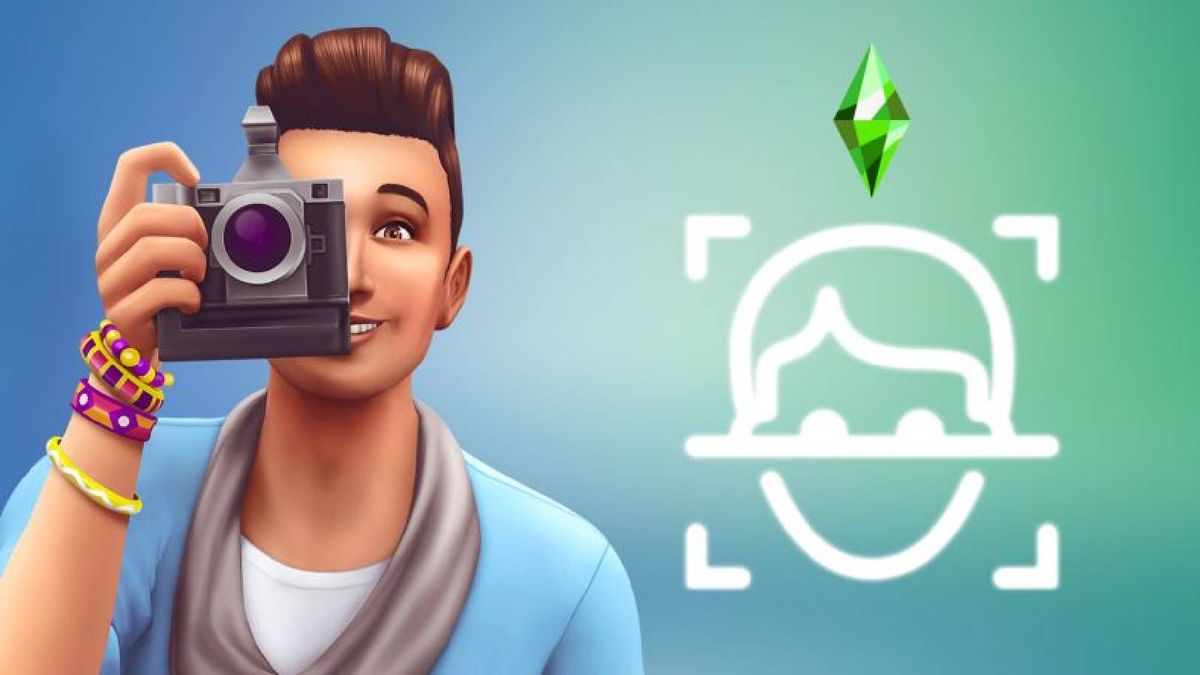 A patent filed by EA in April 2020 (then approved in October 2021) reveals artificial intelligence technology that could be used in The Sims 4 game to turn photos of people into in-game characters with just two clicks.

As reported by Sims Communitythe patent itself discusses the AI ​​technology, explaining that it will allow players to upload photos of themselves or characters, which can then be converted into an accurate Sim.

While the first Sims game let you place an image of a face on a character model in Sims Creator, the results often left something to be desired. This AI technology could prove to be a more efficient way to build your in-game image, although there are currently no examples available to show off its capabilities.

The technology was developed by a team of developers and led by Igor Borovikov, who previously worked on The Sims 4 as well as older titles like The Sims 3 and The Sims Medieval.

It would also appear that in addition to facial features, the technology will be able to generate your characters’ full bodies from images, with lines in the patent stating that “the method includes: receiving an image input of a reference subject; processing the input image to generate a normalized image; identifying a feature set present in the normalized image, wherein each feature in the feature set corresponds to a part of a head or body of the reference subject”.

Unsurprisingly, EA owns the patent, so we’ll have to wait and see if they’re happy to share the tech with other games that include character creation. It’s also unclear if this will be implemented in The Sims 4, which is expected to produce new content for a few more years, or if development is far enough away for it to make its first appearance in The Sims 5.

Opinion: taking the fun out of the game

The AI ​​character generation sounds pretty nifty, but I have my doubts how much of the feature will actually be used when it’s implemented. After all, if you find character generation boring, you’re probably not the target audience for The Sims franchise.

The Sims has a rich modding community built on how people like to customize their characters and environments, so an automatic “character creator” might be fun for a use or two, but I see that being pushed aside by most basic dedicated players. It’s unclear if the technology will also be able to use mods, which would limit its appeal to players who only use vanilla game content.

I’m absolutely going to use it to see what an AI thinks a Sim version of myself would look like in-game, and there are plenty of dedicated fans of actors and musicians who will want to scan members of BTS or Timothy Chalamet in the game as neighbors and roommates.

But a huge appeal of simulation games is the work that goes into them. Making things “easier” doesn’t seem to fit, but I’m willing to swallow my words about it. If it works well, I could kill a few hours using the feature to turn my neighborhoods into a celebrity-filled utopia, but I’ll definitely come back to creating my own over-altered characters after that gets tedious.