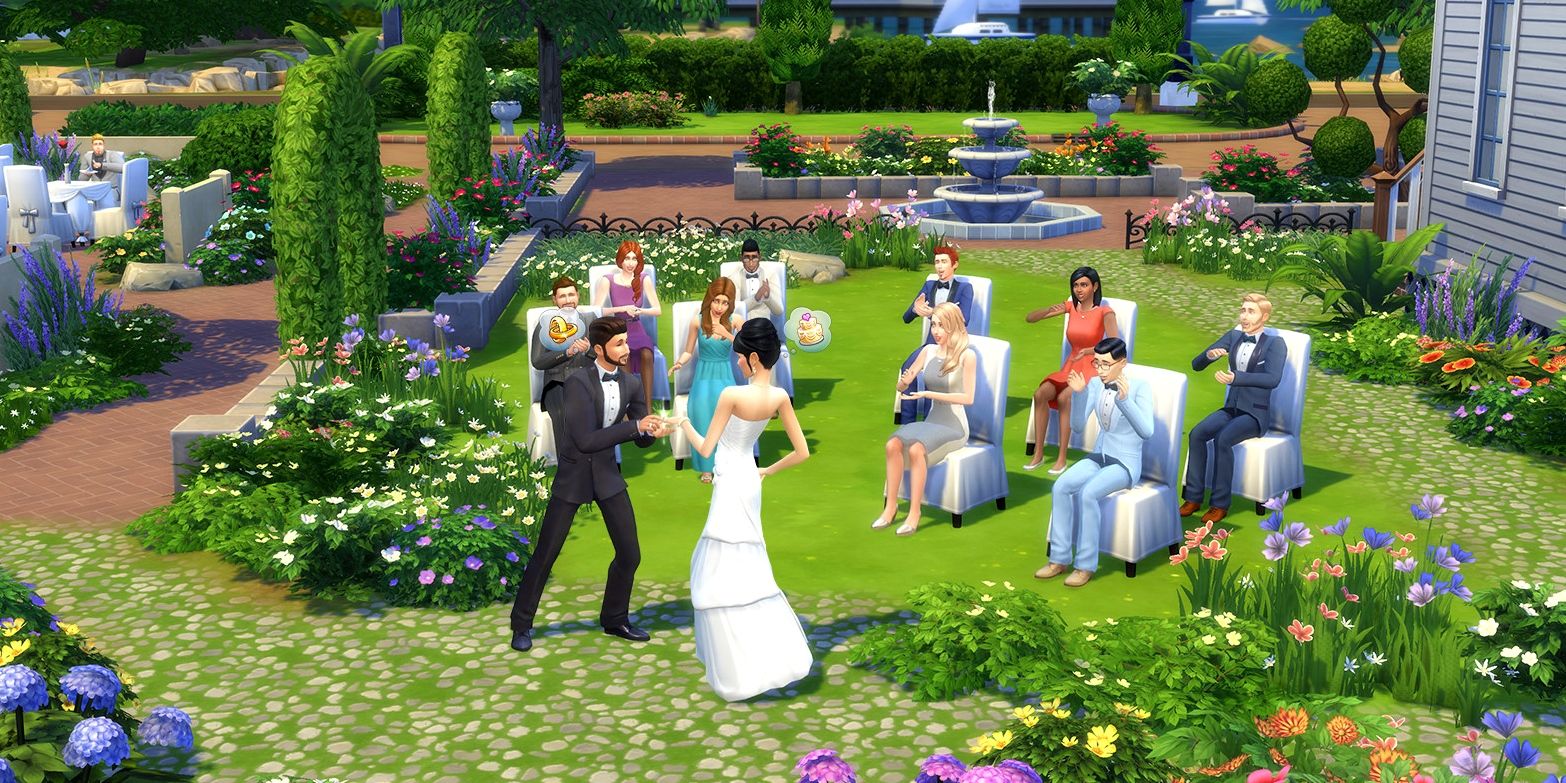 The Sims 4 team has announced the next three months of content they have planned for The Sims 4, including a new celebration-centric game pack.

The Sims 4 The team this week announced the upcoming content they have planned for the game in 2022, including a new celebration-centric game pack. Since the game was released in 2014, over thirty DLCs have been released for The Sims 4adding a myriad of items, clothing, and gameplay elements to the game. With over 30 million players, The Sims 4 is arguably one of the most popular simulation games out there, with a very active community surrounding it.

There are four different types of DLC released for The Sims 4, each adding a different amount of content. The most important are expansion packs, which add large amounts of content and gameplay. Players can also purchase game packs that add a medium amount of topic-focused content – like vampires or camping – or even smaller item packs, which only add items and clothing. The latest addition to the DLC family are Kits, now the cheapest DLC available, which add a handful of items or clothing. The Sims 4 has been out for over seven years, now the longest time EA has spent between releasing base games in The Sims series, instead focusing on DLC content and creating new styles of sims playability.

The Sims the team announced its plan for the next three months of The Sims 4 content on Twitter this week, highlighting several new releases alongside free content. The biggest announcement is the upcoming release of a new celebration-centric game pack that “organize a party for love“celebrate fierce design.“There will also be free food-focused content in the coming months, as well as collaborative projects within the sims community. The ad also teases “a few more surprises” in the next three months, it is not known, however, whether it will be paid or free sims content.

This announcement elicited many reactions from sims Fans. While the new content is undoubtedly intriguing, the lack of a full expansion pack on the releases list makes the announcement somewhat disappointing for many. Seven years after its release, many fans feel that the content of The Sims 4 is still lacking compared to previous games – many DLCs were seen as adding content that should have been included in the base game, to begin with, instead of relying on existing content. This focus continues on The Sims 4 also led fans to speculate about the future of the series, namely the highly anticipated release of The Sims 5. It’s still unclear if EA will continue to focus on The Sims 4 throughout 2022, or if they will at some point pivot to The Sims 5.

Although this announcement only covers smaller pieces of content for The Sims 4, the fact that it only covers the first three months of 2022 means there’s still a good chance that EA will release bigger content later in the year. The prospect of new ways for Sims to celebrate and host in-game events is exciting, as new activities and events allow players to create even more in-game stories. An upcoming collaboration with The Sims the community is also promising – The Sims 4 The community is incredibly creative and often in tune with player desires, and could potentially help create content that will become a new fan favorite.

The Sims 4: How to Clean Chickens