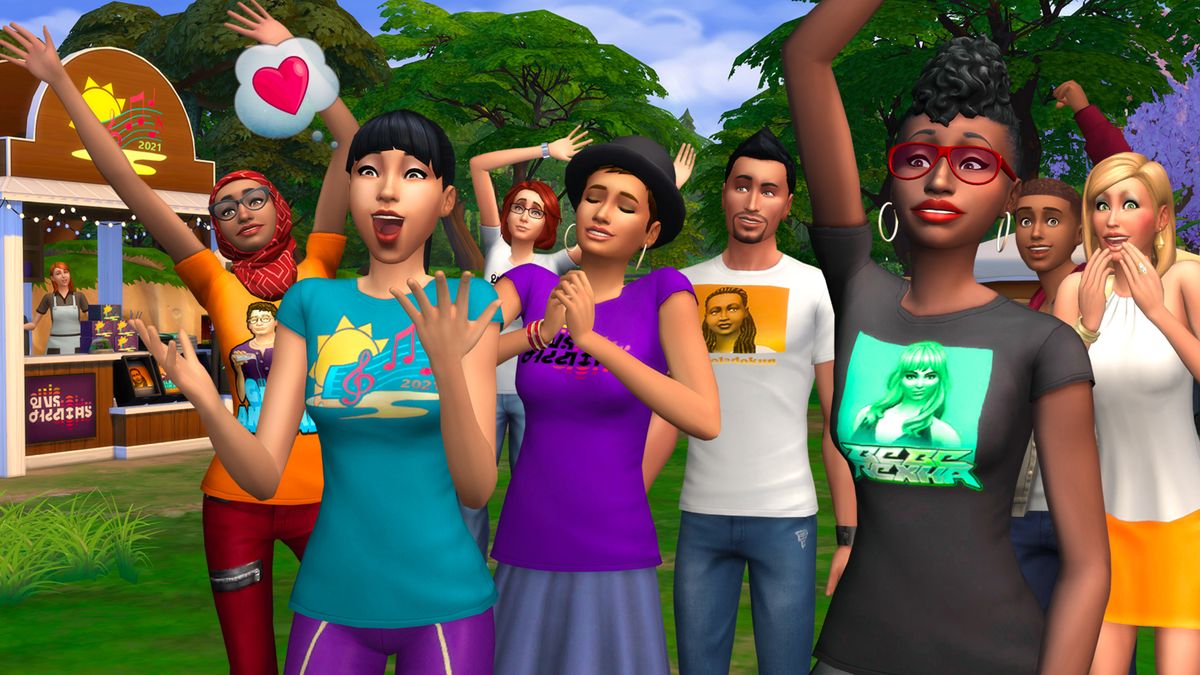 The debate over The Sims 3 vs The Sims 4 and who is better is a tale as old as time…or the last seven years, at least. The Sims 3 launched in 2009 and The Sims 4 arrived five years later, so you’d think The Sims 4 would take the crown as the brightest and newest model, right? No. The Sims community has a split opinion which reigns supreme with some major differences between the two games.

So we line them up against each other and put The Sims 3 and The Sims 4 to the ultimate test, battling them over their differences to see which is better, or at least creating a list to help you decide. Sure, The Sims 4 is statistically the best-selling and longest-running life sim franchise out there, but with each game came something a little different and we aim to work on some of those strong points regarding gameplay, graphics and features below.

We’ll start here because it’s by far the most contentious point in The Sims 3 vs. The Sims 4 debate. Sims 3. The open world mechanic made the game much smoother than its predecessors by allowing your Sims to move from lot to lot, community to neighborhood, like it was all one, big connected world. Want to jump beside it without looking at a spinning Plumbob? Of course, The Sims 3 has you sorted. You can even control your Sim when they’re not around often. Its successor, The Sims 4, removed it.

While The Sims 3 has this seamless nature of traveling between locations, it comes at a cost. When you first load up The Sims 3, you have a long wait. The Sims 4 runs faster overall and therefore has shorter loading screens anyway. In The Sims 4, you’ll notice the time is reduced between all charges, which can help impatient players.

Next, The Sims 3 is praised for its Create a Style, aka CAS, which allows for a level of customization that hasn’t been seen in The Sims franchise before. You can modify almost anything, like your Sims’ furniture or their clothes, making them exactly the way you want them. From colors to textures, for players who like to make their Sims’ world their own, it is and always will be a huge hit.

In The Sims 4 however, it’s CAS again, but this time it’s Create a Sim. While The Sims 4 removed the Create Style customization seen in The Sims 3, it improved the way you can make your Sim look. Until now Sims only had customization with sliders adjusting different and limited features. In The Sims 4, you can make your Sims much more realistic by simply clicking on adjustment points and dragging them from their head to their body. You can even change the way they walk.

In The Sims 3, you can place all sorts of sizes of lots around the world wherever they are on flat open space terrain. You can also modify the surface of the terrain so that it can accommodate a lot of things. In The Sims 4, lot placement is specifically assigned and you only have a limited number of free spaces to choose from. Which brings us to The Sims 3’s bountiful supply of 170 lots to choose from and fill in (if you want!). In The Sims 4, the largest world is currently San Myshuno from The Sims 4: City Living with 30 lots. 170 lots will really add weight to the game, depending on how you play.

Thankfully, as you’d expect from a newer game, what The Sims 4 lacks in space it makes up for in its ability to run smoother and with more stability than its predecessor. Although The Sims 3 has the open world, as we mentioned earlier, it sometimes comes with slower processing cost and glitches. It’s really no surprise that a game released later has access to a new game engine and it does.

The Sims 3 introduced the ability for the rest of the families in the neighborhood to continue their lives while you were playing with your active household. This meant that if you then returned to a family, life had changed since your last visit. They may have found a job or had a child. It’s something that’s currently only available as a mod for The Sims 4, which tells you that it’s something players want.

The Sims 4 instead sought to focus on enhancing each Sim’s emotion and personality by introducing SmartSim, Sims’ ability to be affected by their surroundings. For example, the decor you decide to put in a room can have a real effect on how your Sim feels. Similar to the mood gameplay feature of previous Sims, Emotions allow a Sim to be more easily affected by in-game events and social interactions, making for a more realistic gaming experience.

Cars were introduced in The Sims 2, allowing players to drive and own their own vehicle so they could get around. In The Sims 3 however, it is claimed to be the best that they have integrated cars and other means of transportation into the Sims universe with more choices and more ways to interact with them. In The Sims 4, these are just decorative items that you can place outside your house but not enter.

Although not directly related, The Sims 4 introduced a simpler and more accessible way to build and buy, combining the two modes that were previously separate. This allows a more perfect use of both features in one place. The Sims 4 also includes more drag and adjust, rotating and moving entire rooms, and full Gallery feature integration where players upload their family and lot creations for other players to use them. In The Sims 3 the Gallery isn’t the easiest to access or search and in The Sims 4 they added a Gallery button and improved the search functionality.

The Sims 3 vs The Sims 4 – which has the best expansion packs?

The Sims expansion packs are literally a game changer. Depending on which ones you choose to buy will obviously have an effect on how you experience the game and how you personally decide which one adds the most to the game. They both have 11 choices with the latest version of content from The Sims 4, The Sims 4: Cottage Living, seeking to breathe new life into the game. It’s also worth noting that The Sims 3 had arguably the best initial offering at the base level. When The Sims 4 first came out, it lacked fundamental elements like swimming pools and the toddler stage. Both things were introduced later, but the Sim fandom never forgets.

Unfortunately, the answer to this question is not simple. It’s up to you to decide from our list which aspects of Sim’s life are most important to you. Both games have their strengths and weaknesses. If you’re looking for a gaming experience with a plethora of personality and customization choices, then The Sims 3 is for you. If you’re looking for Sims-specific customization, emotion growth, and smoother, faster gameplay, then The Sims 4 is your pick.

Of course, we’re waiting for The Sims 5 to arrive, and then we’ll have a whole new debate to discuss. For now, if you want to learn more about The Sims 5, we’ve put together our ultimate The Sims 5 Wishlist of things we hope to see in the final episode, when it finally arrives. You might recognize a few of them in The Sims 3…