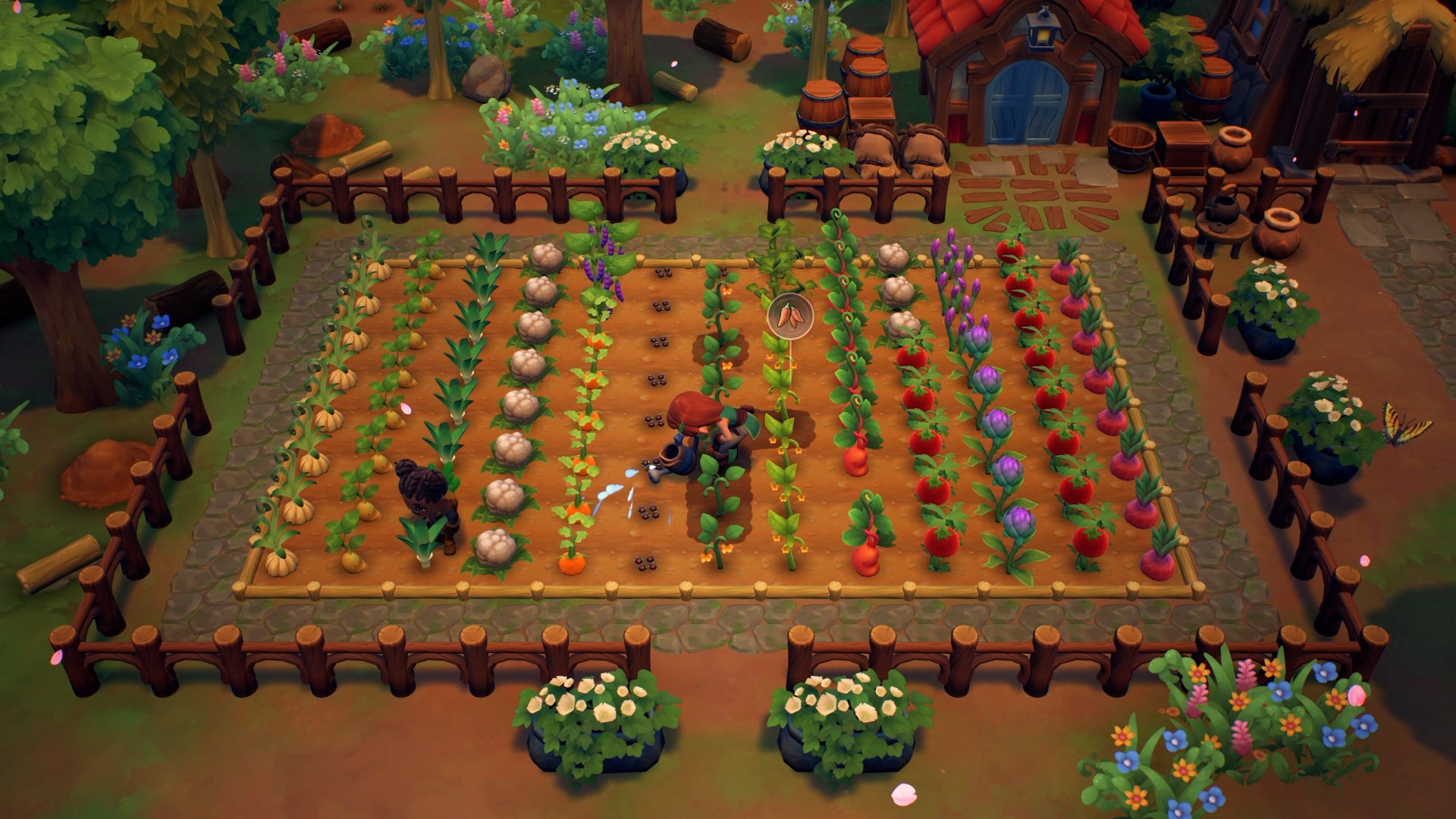 This year gave us a new bounty of farming sims to harvest.

This is in addition to recent additions like Final Fantasy 14’s Island Sanctuary mode, the original Ooblets, and the just-released Disney Early Access Dreamlight Valley.

Prior to that, this year saw Rune Factory 5, Immortal Life, Harvest Days: My Dream Farm, and beekeeping simulation Apico, among others.

And yet to appear, indies like Coral Island and Roots of Pacha.


However, not all farming simulations are created equal. Farming meets Final Fantasy combat and character design in Harvestella? Sign me up. Twee, a cutesy farm full of witches and frogs? I’m outside.

It’s not like gamers haven’t had fun with farming sims in a while: just look at the long history of the Harvest Moon/Story of Seasons series, or even Zynga’s Farmville.

But the popularity of these games has grown tremendously over the past couple of years. That’s mostly thanks to the success of indie darling Stardew Valley and Nintendo’s giant Animal Crossing.

The latter in particular has risen to prominence during the pandemic, with players looking for a more relaxing experience during times of stress. A second wave came with its DLC release.

It’s unclear when this current generation of farming games began development, but it’s not out of the question that they were designed as a follow-up to Animal Crossing and that they all finish development at the same time.

Plus, there’s the Cozy and Cozy Revolution on Twitch where farming sims have proven particularly popular with viewers who find solace together in growing crops, caring for animals, cottagecore, and a dash of romance. It’s like ASMR gaming.

So farming sims absolutely have their audience, and the genre has produced a bumper crop of success – with more surely to come.

For those not interested in farming simulations, however, their prevalence has become something of a joke.


Imagine a Zelda farming simulation! In fact, I would definitely play this.

“In Legend of Zelda Tears Of the Kingdom, you’ll grow your own crops, befriend locals, and wait…fight demons? Enjoy a relaxing life in this new farming simulation from Zelda!” pic.twitter.com/X23YfsjyKL


Or imagine if Kratos had participated in Sony’s PlayStation State of Play act? In fact, I would definitely play that too.

If God of War was shown during today’s Nintendo Direct pic.twitter.com/JqoK4y26di


Someone else faked a farming sim Mega Man. I would probably play that too.

Oh oh. If you see me with a pitchfork and a straw hat… no, you didn’t.

Someone Built Locally Inspired Jollibee and Mang Inasal Shops in The Sims 4, and the…