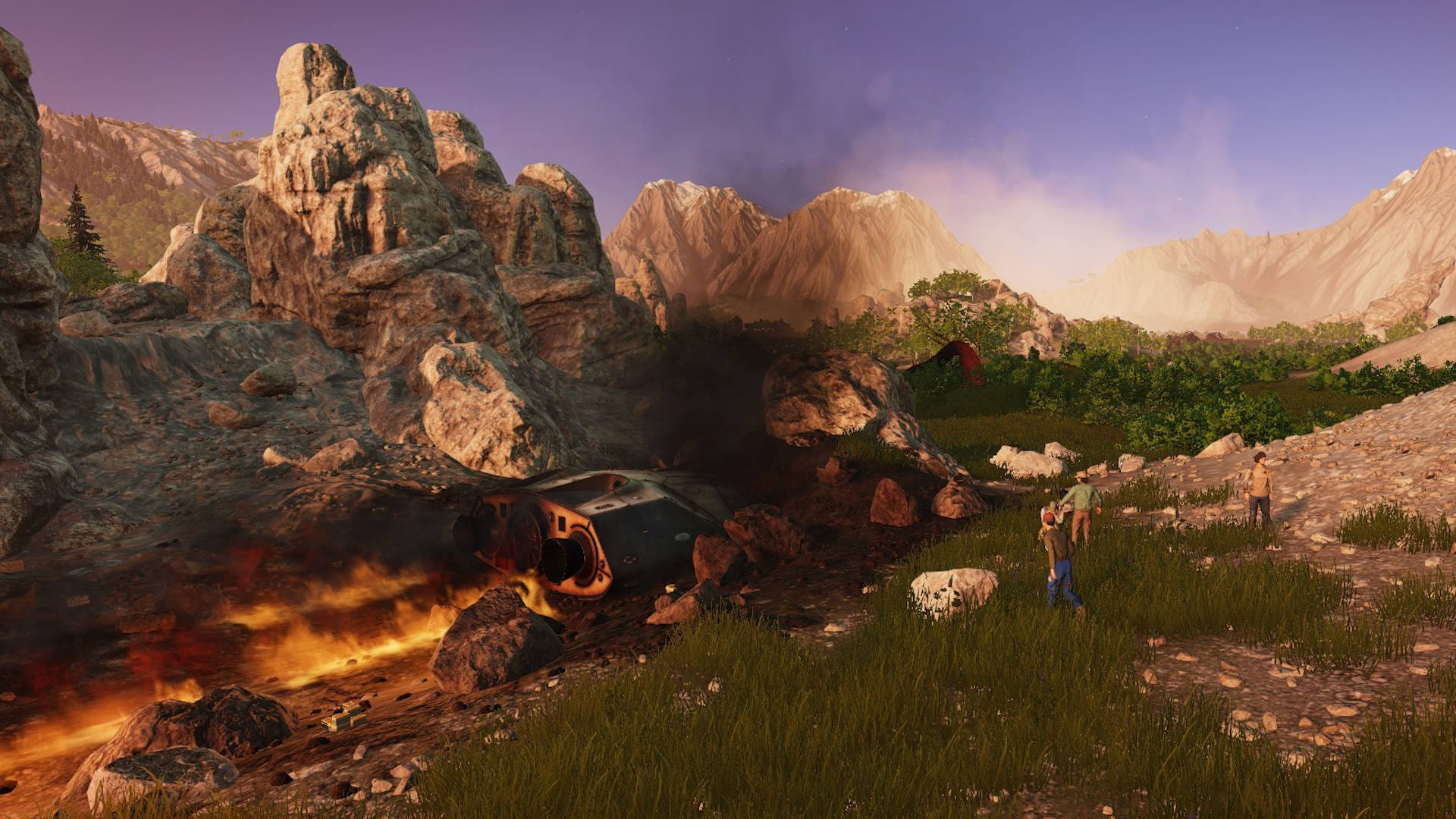 Survival games are all about extremes – they tend to either focus on a single survivor or a massive city with dozens of people. Stranded: Alien Dawn falls somewhere in the strange middle: it’s a kind of colony simulation where you start your adventure with no more than 4 people.

In Stranded: Alien Dawn, you command an initial party of 1-4 survivors who find themselves hastily fleeing a starship disaster in an escape pod. Your men emerge from the pod with enough supplies for a few days (and maybe a laser gun if you’re lucky). They find themselves in an alien world filled with unknown mysteries. It’s time to get to work.

A colony simulator with a very small colony

Settlement sims hold a special place in my heart – they feel a bit more personal than town sims with thousands of people. You can carefully organize your staff to take on different roles, and Stranded: Alien Dawn is no different in this regard. Where it changes things, however, is scale.

The maximum of four characters in your starting party presents unique challenges that you don’t typically see in games of this style. In other words, you will often have too much to do and too few people to do it. Prioritizing your work is essential if you want to survive, at least until you have the chance to save other survivors and grow your community.

Battling hunger, bad weather, and planetary disasters, you may be able to make a living with a simple cabin and a small farm full of strange glowing mushrooms. You will soon discover the horrible truth: this place crawls.

The world you’ve landed on doesn’t just have weird plants and adorable alien creatures – it also has deadly bugs, and they’re hunger. Fortunately, you can build the means to defend yourself.

Haemimont managed to distill colony simulation and base building gameplay into a slightly simpler formula while still maintaining a healthy challenge for players.

Bugs will attack every few days in the game, adding that extra element of pressure that makes colony sims so compelling. You must juggle the needs of your survivors and progress through the tech tree with building and defending your base. You also need to plan things carefully, lest a huge bug tear your new home to pieces.

You may eventually have enough farms and power generators to keep everyone fed and happy, but the threat of bugs is still there and getting worse. You’ll want the adorable little beetles back when you see the first giant mantis attack or a wave of flying insects fly over your wall.

Games of this style can get quite tedious, and Stranded: Alien Dawn is no different. You must manage the health, happiness, hunger, rest and relaxation of your people. If happiness falls too low, they can erupt into a meltdown similar to the temper tantrums of dwarf fortress. A Survivor may just burst into tears – or decide instead to start ripping apart all of your furniture.

It’s not too hard to keep everyone happy once you have a better understanding of what you’re doing, at least on the default medium difficulty. Part of this balance is undoubtedly due to the lack of certain survival mechanisms. Water, for example, is not something you need to worry about, nor do you have to worry about your colonists going to the toilet or bathing. (You’ll need to replace their clothes regularly, though.)

Haemimont managed to distill colony simulation and base-building gameplay into a slightly simpler formula while still maintaining a healthy challenge for players, building on the excellent game design it showcased with 2018. . Survive Mars. I tend to scoff at games that reduce complexity, but everything I’ve played so far feels like I’m in the right place.

A bit of Jank

Stranded: Alien Dawn was released in Early Access to get community feedback as the developers add more polish and flesh out more content. I only encountered one or two crashes in 60 hours of play and I don’t remember any major bugs. This does not mean that this game is in perfect condition just yet.

An example that comes to mind is my survivors trying to collect items scattered on both sides of a wall. You’d think a survivor would grab everything from one side, walk through the door, and then grab everything from the other side. In place. they bounced between two sides of a wall, needlessly traveling long distances instead of picking things up right next to them.

You may eventually have enough farms and power generators to keep everyone fed and happy, but the threat of bugs is still there and getting worse.

You’re sure to encounter occasional bouts of AI stupidity. I can’t count the number of times my survivors have ignored a critical need in favor of just one more task. Part of the problem is that the game’s scheduling system doesn’t let you designate times to eat. This is something that needs to change, especially when careful management of your resources is so important to survival – otherwise, Stranded: Alien Dawn could turn into a mess of micromanaging your survivors.

I was also a bit disappointed that there doesn’t seem to be a way to build a second floor for buildings either. You can build stairs and you can have rooms at different vertical levels, but you can’t stack them on top of each other for some reason. Building vertically is key to maintaining a small footprint and getting the most out of your base; I sincerely hope that this feature will be added in a future release.

Although Stranded: Alien Dawn has its rough edges, it has hardly any serious problems. My biggest bugbears boil down to a small wishlist of missing features and the AI ​​going off the rails at times. Ultimately, these small issues are an occasional distraction from an otherwise excellent game, even if it’s a bit light on content variety.

Haemimont’s latest release lays a solid foundation for what is sure to be an excellent game in the base building and colony simulation genres for both longtime fans and players new to the experience. I can’t wait to see how this game develops over the next few months.

TechRaptor preview Stranded: Alien Dawn on PC via Steam using a copy provided by the publisher