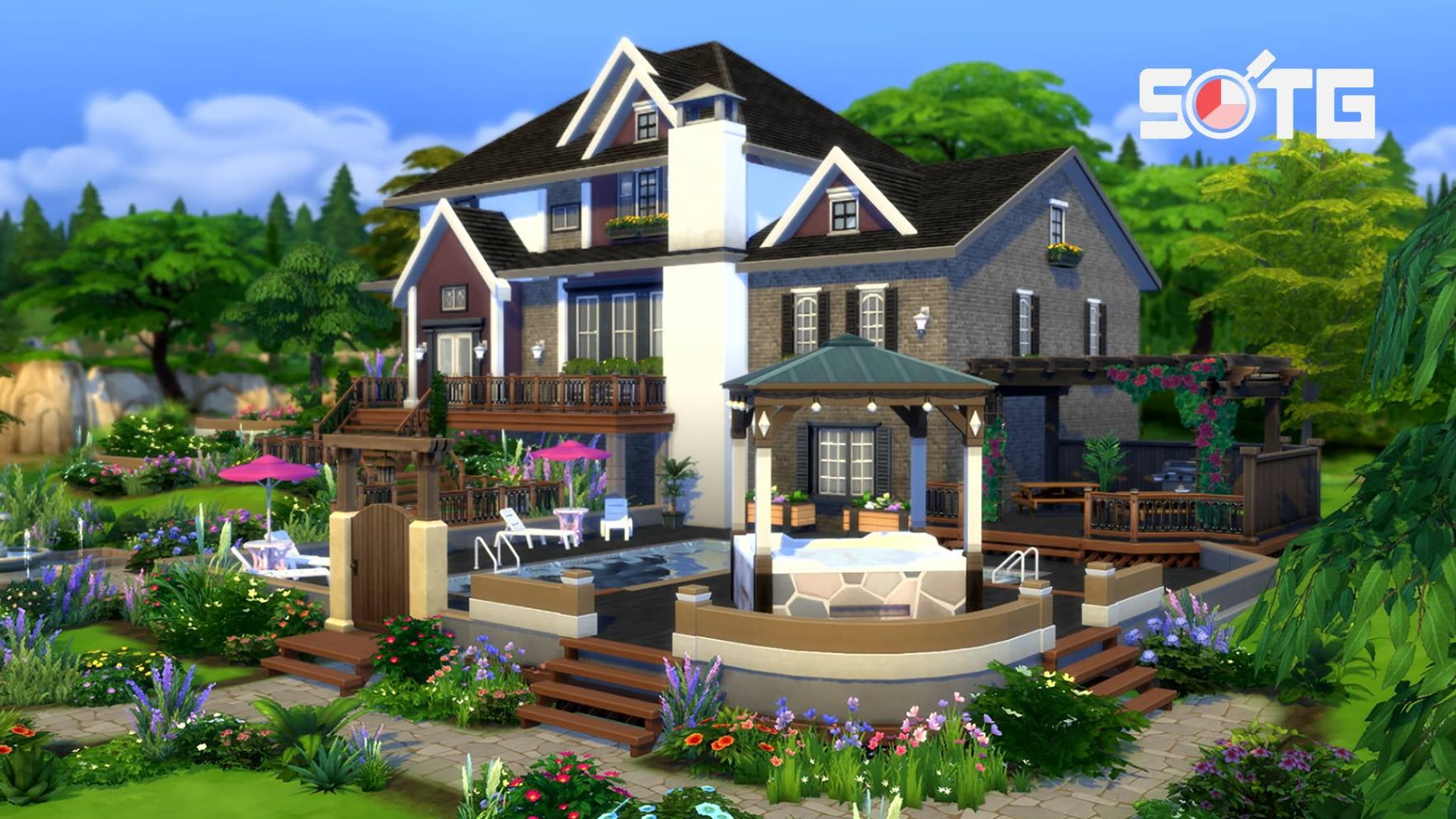 State of the Game: The Sims 4 – a cycle game that needs a fresh start

The Sims has been around for 22 years now, with even the fourth and most recent numbered entry being a venerable eight years old. The first time I played the original was a communal experience in the sixth grade common room, crowded around a friend’s laptop. We created a replica of said common room, populated it with facsimiles of friends, and mostly left them to their own devices. One of them forgot where the toilet was and peed himself, then cried about it.

Number three, on the other hand, was inspiring. Not so much the game itself, though many would say that’s the highlight of the series, but the writing about it. “Alice and Kev” by Robin Burkinshaw, a blog chronicling the adventures of a homeless Sim and his daughter, really struck a chord and inspired me to try something similar. (It sucked.)

In 2014, we got the fourth entry. My life wasn’t going so well back then, but neither was the game. We’ve changed for the better since, The Sims 4 and I, so let’s talk about it.

I can’t disentangle the stages of my life from that of The Sims. The series is all about the steps! Sims grow from babies through childhood and into adulthood, before finally passing away. Your games begin as micromanaged struggles for survival, evolving into a calmer pace of career progression and acquiring more stuff. The games themselves are similar. They’re released to the world, fresh and new, racking up updates and expansions, and then being put to pasture when a sequel is announced.

The Sims is, at its core, a virtual dollhouse. You create a household, whether it’s a single Sim, a group of roommates, or a multi-generational family, then drop them into a house (which you can build yourself) and watch them live their life. Each Sim has their own personality traits, wants and needs and your job is to keep them happy. Or not. While The Sims can be played as a very objective-based game, with lots of micromanagement to ensure they live their best life, it can also be fun torturing poor little blighters. Alternatively, the AI ​​is robust enough to just let them loose and see how they fare on their own.

When the original came out, I was captivated. While the idea of ​​little computer people wasn’t new (take 1985’s Little Computer People, for example), The Sims promised something far more hands-on than any of its contemporaries. And it was by the guy who made all those Sim Whatever games that consumed so many hours of my childhood as an Amiga owner!

The Sims is also deeply surreal. It’s entirely possible to play straight and there are dozens of mods dedicated to making your dolls as realistic as possible, both in appearance and behavior. It’s like the mods that turn Skyrim into a hardcore survival sim, but to do the laundry. If you want to go the other way, there are expansions that add overt supernatural elements, like vampires and werewolves. But even without all that, the world of The Sims is truly bizarre. From the rather ridiculously high rate of electrical appliance failures that turn into full-fledged house fires, to songs by real artists recorded in the gibberish language of the game, Simlish, there are plenty of reminders that you’re not in Kansas anymore. .

When all of these slightly disparate elements stack up, the result is a wonderful storytelling toy. You can set up all sorts of weird and wonderful scenarios and watch them unfold, interfering as much or as little as you want. You can make copies of yourself and loved ones and send them on wacky adventures. How about a megalomaniacal evil genius who yearns for world domination, but lives in a small cabin with his kind, aging mother? Or a devil and an angel forced to live together and take care of a clumsy teenager? I did all of this and more.

But it comes down to cycles, and The Sims 4, infamously enough, didn’t start its own cycle in particularly good shape. While it’s inevitable that sequels of this type of open-ended game will struggle to keep up with the latest technology, while retaining all the features added to the original over its lifetime (and that’s before we didn’t touch on DLC and the like), even the most charitable observers noted that The Sims 4 felt rather incomplete. Notably, the entire toddler life stage for The Sims was missing and – crucially – there were no swimming pools.

Now, if you’re unfamiliar with the series, that might not seem like a big deal, but pools have always been an integral part of games. Not only are they emblematic of the ambitious (allegedly satirical) consumer culture advocated by the game, but they’re also great fun to attract unsuspecting Sims and then use build mode to clear the ladder. Launching Sims without pools is like launching Doom without shotguns.

Credit where credit is due, Maxis has added a huge amount of free content over the past eight years, two features considered lacking by the player base, as well as some entirely new features. New options to customize your Sims’ gender have been widely welcomed by the transgender community and remain one of the best examples of trans inclusivity in AAA gaming. On the other hand, it took until 2020 for the games criticism of poor skin tones, especially darker skin tones, to be addressed.

The big fear most gamers had at the time was that missing items would be held back for paid expansions, and while that fear may have proven unfounded, there is certainly a huge amount of extra stuff to buy. There’s a degree of irony in a series with The Sims’ satirical roots becoming a digital poster for the kind of consumer capitalism it was originally intended to ridicule.

Load up the game and the first thing that greets you is a screen that mostly shows you more stuff you can buy for the game, with your actual game menu pushed to one side. There are a whopping 41 “packs” available for purchase in the expansion, game, and stuff varieties, as well as a number of kits, which just appear to be smaller stuff packs. User-created content is spotlighted too, but a lot of it requires packs you might not already have, so from EA’s perspective, it’s just another way of encouraging you to spend, spend, spend.

If you’re so inclined, you can spend a lot of money on The Sims 4. Purchasing all of the game’s content will set you back around £840, according to Steam. Reducing the cosmetics leaving only the functionality of adding expansion and game packs is still over £600, and sales tend to be half price at best, so you’re looking at £300 for everything the game has to offer.

What about dipping a toe into it, for those who can resist the lure of real-world capitalism, but want to play with the fake genre? Jumping into the game now, even without the extra packs, it’s clearly a fuller, fuller game than it was at launch, and it’s still a lot of fun. There’s a reason I’ve been coming back to this series for over twenty years and it’s because it’s, quite simply, a great way to spend some time in front of your computer. Whether you want to create domestic bliss, play with interesting scenarios, or simply torment virtual people as a wayward and sadistic deity, The Sims 4 is every bit as compelling as the series has ever been.

The things Maxis has added are, overall, a lot of fun. There’s certainly some discussion to be had about the price and whether they really offer good value for money, but they expand the game in interesting and imaginative ways. When playing with the werewolf pack, for example, I was really impressed with the involvement of everything, especially the dynamics of the werewolf pack, even though the werewolf models themselves are at halfway between sexy furry art and sports team mascot.

Ironically again, the real problem, especially for anyone starting The Sims 4 for the first time, is that there are too many. My partner and I have accumulated eight of the expansion and game packs over the years and having started a new game after some time away I am overwhelmed with options – but I also have the sneaky suspicion that I am missing something. It’s a distinctly uncomfortable experience that leaves me feeling horribly manipulated.

The result is a strangely contradictory experience. The Sims 4 is eight years old, so you could say, based on previous cycles, that a sequel is at least three years late. Being pushed so far beyond its natural lifespan may be starting to take its toll, in other words. It’s a game that needs a reset – a new cycle, if only to declutter its house.

All you need to know