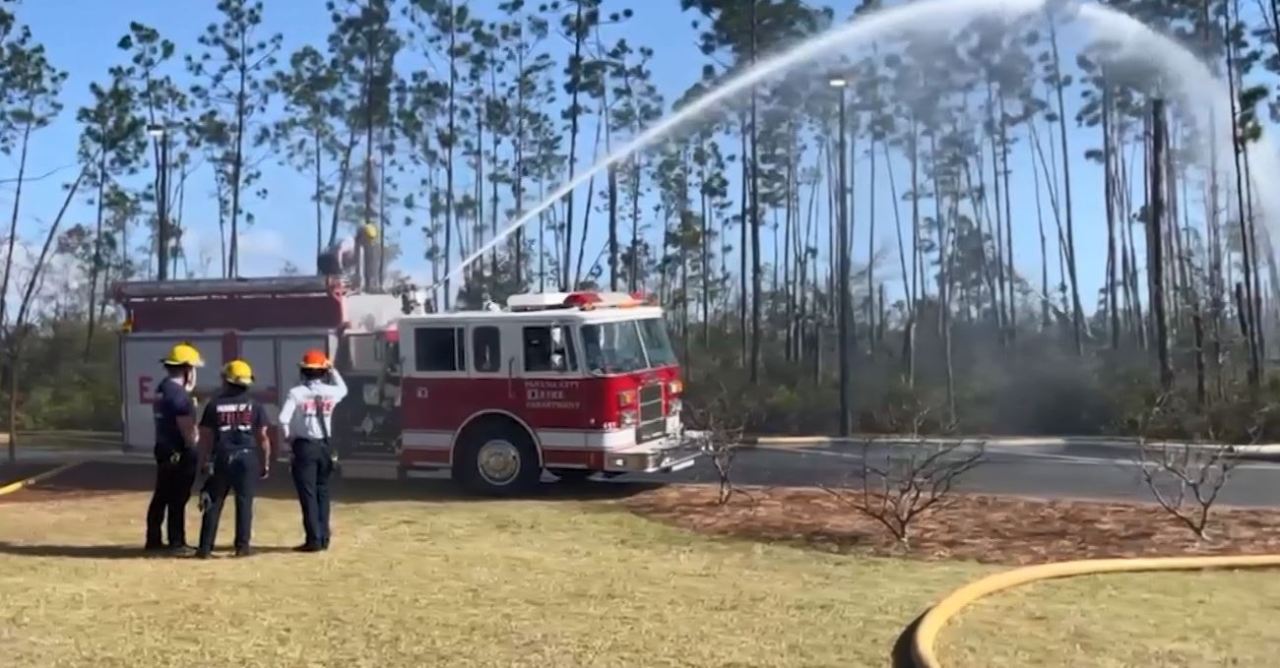 The Florida Forest Service responded to a new wildfire that broke out today in Bay County on Star Avenue as first responders also worked on the #adkinsavenuefire and #BerthaSwampRoadFire.

The #staravenuefire is now estimated at 200 acres and is 10% contained as of 7 p.m. CST. Four tractor-plow units and several helicopters that were assigned to the Adkins Avenue fire responded as soon as it was reported, but high winds over 20 mph fanned the flames and pushed the fire towards neighboring communities.

An evacuation order was issued for the Clifford Chester Sims Veterans Administration Nursing Home and residents were transported to a temporary shelter or nearby hospital as needed. The Star Ave Fire is growing and updates will be released as the situation evolves. The investigation is looking for the causes of the fire.

The Florida Department of Veterans Affairs has released an update on the evacuation of the state’s Clifford C. Sims Veterans Retirement Home. They said the facilities were evacuated on the recommendation of Bay County officials.

“Our team of medical professionals will remain with the residents,” they wrote. They added that residents and staff will return to the facilities as soon as they are safe.

“We are evaluating long-term care options if the danger persists,” they wrote.

The new fire developed between Nehi and Tram Road. Officials said they were dispatching ambulances and Bay Area Transportation vans to get people out.

Crews are on their way to assess the scene of the fire. There are 88 inhabitants in Sims.

The new light is west of Star Avenue and north of Tram Road. It is 25 to 30 acres. Four bulldozers and several helicopters are on the way. Wind plays a huge role, officials on site said. The fire is nameless at this time.