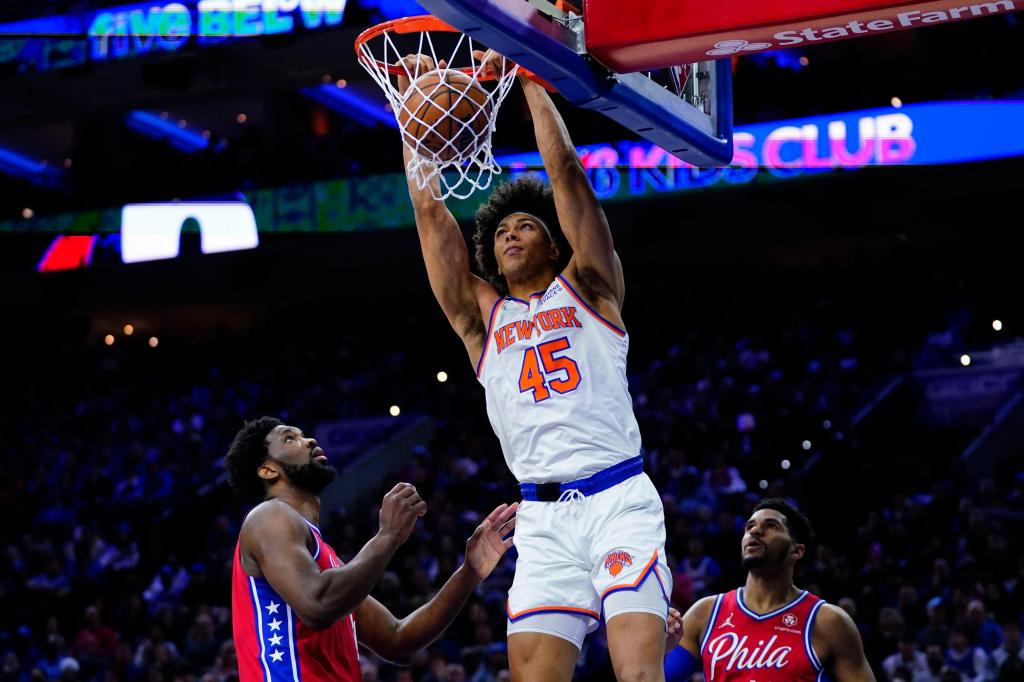 The Knicks shored up the end of their roster.

Jericho Sims, the 2021 second-round pick who moved up the rotation at the end of last season, has agreed to a three-year contract worth $6 million, a source confirmed Thursday. The final year is a team option.

The decision to lock out the Sims for several years was expected after earning minutes and the confidence of Tom Thibodeau, playing 41 games averaging 2.2 points and 4.1 rebounds. He also started five times.

At 6-9, the 23-year-old center is smaller than starter Mitchell Robinson but arguably stronger with a similar skill set. Both operate exclusively around the rim and Sims has the potential, given his speed and athleticism, to be a better pick-and-roll defender.

His signing leaves the Knicks with one roster spot open and possibly another if Taj Gibson doesn’t return.

Keels and Hunt are also on the New York Summer League roster.

Although the moratorium on free agency has ended, the Knicks have yet to announce their signings of Jalen Brunson or Isaiah Hartenstein. According to reports, Brunson’s pre-scheduled vacation and appearance at camp is delaying his official signing on the four-year, $105 million contract.

There are also rumors in the league about the Knicks tampering with Brunson (the deal was widely reported before free agency began) and a possible penalty if the NBA investigates.