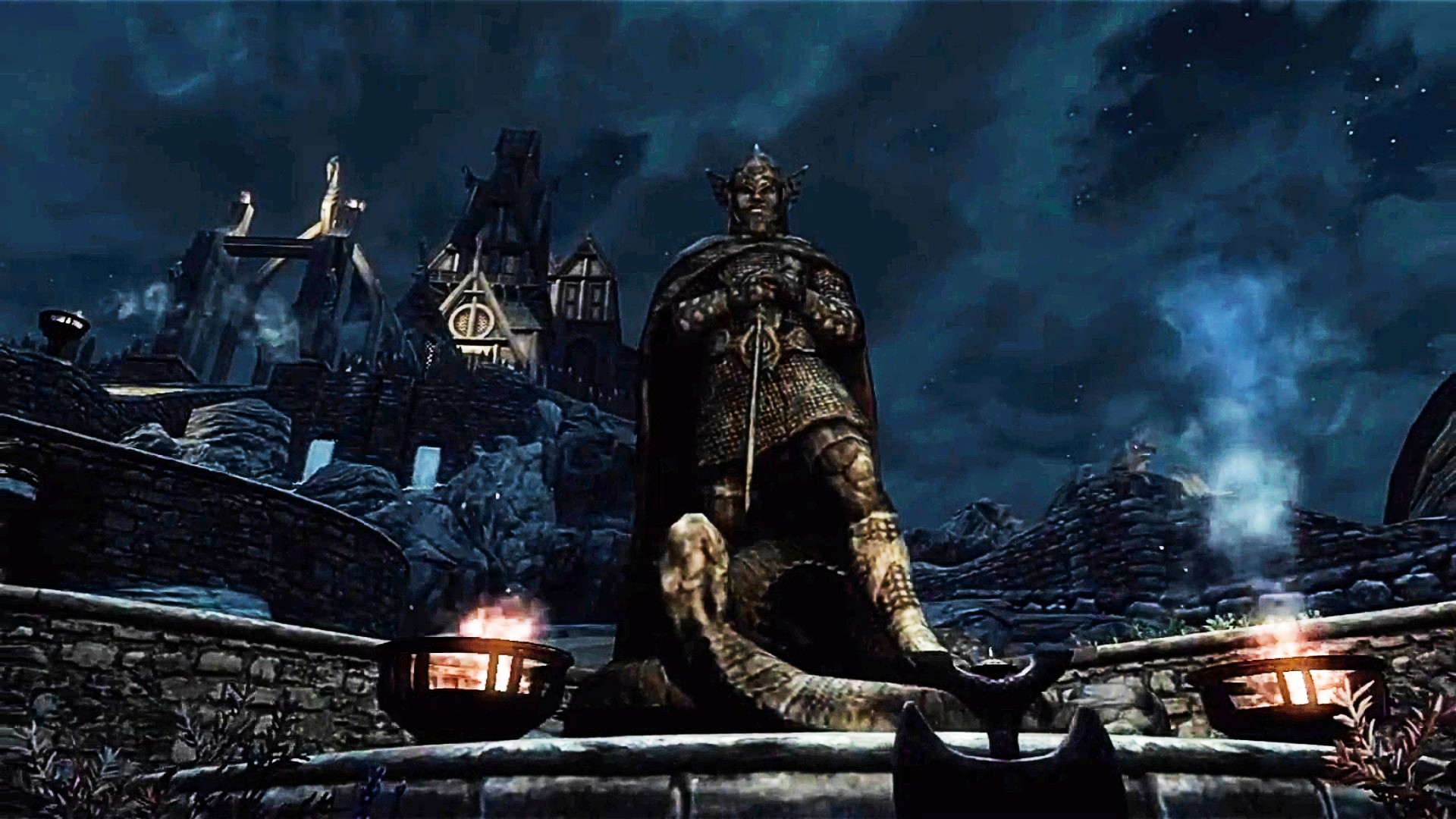 Whiterun is one of the most recognizable locations in Skyrim. Outside of the classic PC game, we’ve seen dedicated fans recreate the capital of Whiterun Hold in Minecraft and Valheim, which certainly helps. More recently, however, a fan brought the town into The Sims 4, Dragonsreach and all.

Banner Doctor Gluon has been working on the build for the past month on Twitch among other tasks. While the Skyrim fan didn’t fully recreate it to scale, the overall shape and vibe of Whiterun quickly emerged. Perhaps most recognizably, you have the Cloud District which includes the imposing Dragonsreach keep that towers over the city as it sits atop a hill.

You also have other neat and recognizable structures from other districts, like taverns and the Gildergreen tree that stands in the center of Whiterun. One of my favorite inclusions in one of Dr. Gluon’s videos is a little Sims sitting on a throne in Dragonsreach. Does anyone know what “I was once an adventurer like you, but then I took an arrow in the knee” is in simlish?

Watching these constructions come together is quite a relaxing way to spend an evening. Find the old streams of Dr Gluon here. If you want to take a quick peek at the final version, you can find a video below with some suitably epic Skyrim music.

In other Sims 4 news, EA recently released wedding-themed DLC. There were a lot of bugs, but everything is being fixed.

What to look for in a wedding venue

Skyrim in The Sims 4