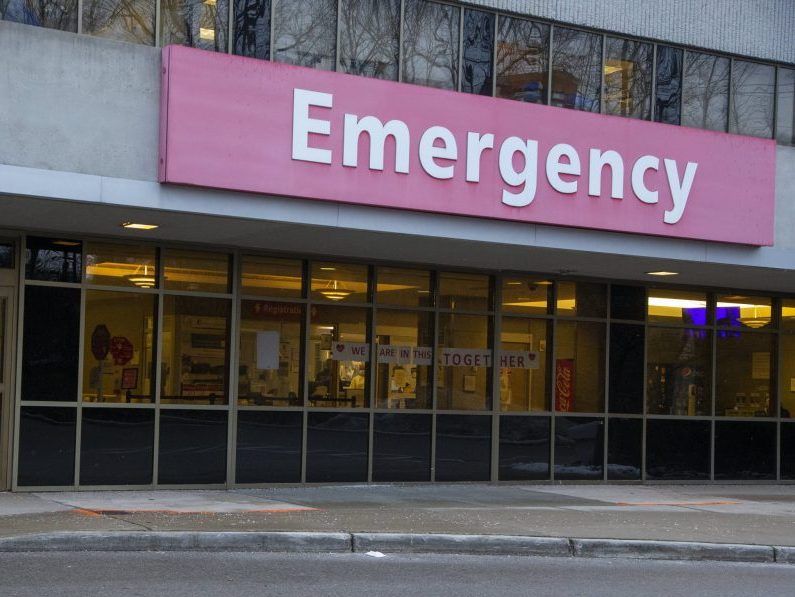 If you thought Wave 6 of this seemingly endless pandemic was going to be more of an annoyance than a potential crisis, head to the local hospital.

Better yet, stay away from the hospital as more and more COVID-19 cases end up there for needed care. People who won’t be there are the growing number of staff who have to stay home because they are sick or have tested positive or have been in close contact with someone with the virus.

It was so bad on Saturday night that some of the stretcher places in one of London’s emergency departments were closed because the department was understaffed. It could have spelled disaster.

On Monday, 288 staff at London Health Sciences Center were flagged with COVID-19. As the week progresses, Adam Dukelow, LHSC’s chief medical officer, said at Monday’s press conference that the hospital may have to “consolidate or reduce services” or transfer patients to other hospitals.

Wait times may be longer. Surgical volumes are stuck at 90% of pre-pandemic levels because too many staff have to stay home.

“We’ve started to see more and more of the impact of this sixth wave on our healthcare system and it’s significant,” he said.

The ultra super contagious BA.2 sub-variant invades all kinds of sectors. More than once I have heard people say they know more people with COVID-19 now than at any other time during the pandemic.

It’s not over until it’s over – and it won’t be over for six to eight weeks. It’s not quite a five-alarm fire that we’re going through, but there is a persistent smoldering fire that could get worse if we don’t start paying attention, they said.

Let’s start with Kieran Moore, the province’s top public health doctor, who promised a month before BA.2 landed in Ontario, he would only return to the public eye if he had something to say.

So the mere fact that Moore made an appearance was a signal that things had changed. He came out on Monday to “strongly recommend” that everyone put their masks back on in indoor public places. And he warned “we all need to be prepared that we have to resume mask-wearing requirements” if a new variant emerges or when COVID-19 starts circulating again this winter.

The Ontario government has announced that more PCR tests are now available for targeted groups as well as 30,000 to 40,000 doses of antiviral drugs at local pharmacies for the most vulnerable.

We are starting to see more and more the impact of this sixth wave on our health system and it is significant.

It is staggering to learn that between 5.3 and 6 million Ontarians – out of a population of 14.5 million – have been infected with the Omicron variant since December. When this wave peaks, there could be up to 600 people in intensive care.

What has stabilized hospitalization rates is widespread vaccination across Ontario.

So Moore made the pitch again: get vaccinated, get boosted, get boosted again if you’re eligible or older. As of last week, anyone 60 or older can get a fourth vaccine if they are at least 84 days from their third, although 140 days is recommended.

Middlesex-London Medical Officer Alex Summers sang from the same songbook. “This pandemic is not over. COVID-19 continues to circulate in our community and the risk of transmission right now is very high,” he said. He, too, made a “strong” recommendation for face masks in public places.

There are signs that the message is getting through. Local recall uptake, which lagged in some age groups, was “significant”, he said. Since last week’s announcement, 8,000 appointments have been made with the Middlesex-London Health Unit.

Before that, about 80% of people age 65 and older had taken their third dose.

Summers said he’s most concerned about people 60 and older who don’t have a third injection. “These people need to get their recall as quickly as possible. . . . It’s amazing what this extra third booster dose will do for long-lasting protection against serious illness and hospitalization,” he said.

It all sounds so familiar. It’s not over, guys.