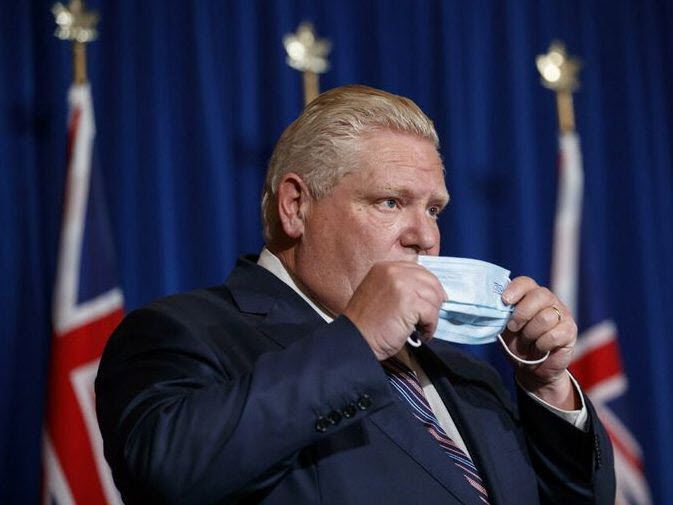 SIMS: Expect an election call just after the last of the mask mandates are lifted

It was not what I expected.

During the darkest days of the pandemic, I sometimes dared to wonder what our little world would look like if we could come back to life without a mask.

My naive hope was that the virus would be eradicated. There would be community-wide joy and celebration where we would throw our masks in the air à la Mary Tyler Moore and start worrying about mundane things again like if the Maple Leafs ever won a playoff series. or debated the price of peanut butter.

But Premier Doug Ford and Ontario’s Chief Medical Officer Kieran Moore’s comments on Wednesday when they announced that provincial face mask mandates will be scrapped in most places, including schools, on March 21 , left me a little uneasy and a little wary.

It may be too soon. Maybe we waited too long. Why are we lifting restrictions when public health insists the pandemic is not over? And ultimately, was the decision based on science or politics?

From March 21, face masks will be optional except in obviously crowded and at-risk places such as public transport, long-term care and retirement homes, hospitals and other gathering places. It will be the first day after March Break and three weeks after a series of COVID-19 restrictions were dropped across Ontario, such as vaccination certificates.

By April 27, if all goes as planned, the government will cancel all masking warrants. Mission accomplished.

Wednesday’s announcement didn’t come without some head-scratching, especially from Peter Juni, the head of Ontario’s Science Advisory Table, who said he wants the province to wait longer. 10 days to get more data since reopening March 1.

But Moore said the decisions are science-based because Omicron’s peak is behind us, hospitalizations are declining and “Ontario has been able to cautiously and gradually move through its reopening milestones.”

Ninety percent of Ontarians 12 and older are fully immunized and seven million people are immunized. Many people, including those getting vaccinated, have been infected and recovered. And although only 55% of school-age children receive their first doses, if they are infected, the risk of hospitalization is low.

“The risk is now less than it was in the first, second or third week of January. Because the risk is less, public health recommendations must be proportionate,” Moore said. “They must be balanced and you have to recognize that you can’t impose masking forever.”

The pandemic isn’t over, Moore said, and if there’s another variation, masks could make a comeback. But we are wiser and have enough tools that warrants are not needed and wearing a face mask will be an individual choice, based on your own risk assessment, he said. “We have to learn to live with this virus.”

Ford and Moore both said it was fine if you wanted to wear a mask, especially if you’re elderly or immunocompromised, but asked that people be “kind, considerate and respectful” of each other.

For me, it’s an acknowledgment of the ugliness that has emerged over two years, including, more recently, the attention-grabbing anti-restriction truck convoys. Face masks were meant to be a public health tool, but have turned into a political red flag.

The timing of all of this tickles Spidey’s senses to me, even though Moore insisted “that my decision to make recommendations to the government was unaffected by any understanding of the political system.”

It’s no secret that Ontarians need to go to the polls before June 2. Ford crashed recently announcing various benefits such as the elimination of license plate sticker fees, new highways around Toronto and this week’s homelessness prevention program.

But, clearly, this electoral campaign will be a referendum on the government’s management of the health crisis. The death toll in long-term care homes, the rush for PPE in hospitals, the long stretches of children out of school, the various color-coded risk assessment monitors will all be fodder for the election campaign. .

What Ford doesn’t need are ongoing COVID-19 restrictions while trying to get re-elected. Expect a budget in early April and an election call in late April, just when all restrictions are over.

I may be cynical. I should have expected it too, after two years of pandemic politics.