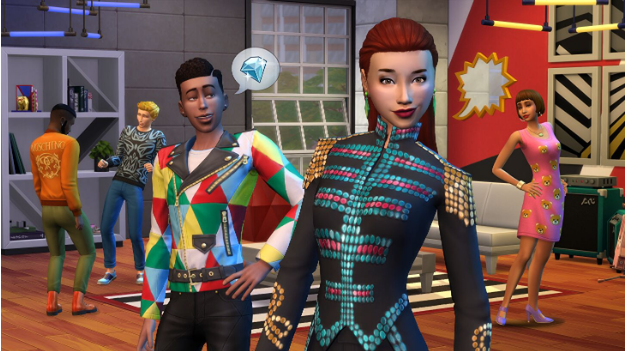 The Sims 4 has received a new update that allows players to choose their own pronouns. If you have chosen to use custom pronouns, the feature will automatically change the pronouns that display when you refer to the Sim to match what you have chosen. Although the feature has been fully tested, there may be cases where the incorrect conjugation of pronouns or the default pronoun of assigned gender may still appear due to intricacies of English grammar.

Custom pronouns added in English only for now

The customizable pronouns feature will only be available in English. However, EA plans to roll out the feature to all 18 languages ​​over time. At launch, custom pronouns can be downloaded from the Gallery and used only in English. While pronouns are a very important component when it comes to greater inclusivity for The Sims 4, EA understands that customizable pronouns will not make the game 100% neutral. You will always see examples of gendered language in the game, such as mother, father, policeman, policewoman, etc.

Cosmetic changes for the ears

One of the longstanding issues in The Sims 4 was that ears were often cropped when wearing braided hair. While not a big deal for most players, it did make some characters look weird, and EA fixed the issue. You will now be able to use braided hairstyles and they will properly go over the ears instead of cutting them. The visual change has been applied to all existing and future hairstyles in the game.

An issue that players were facing when playing “Don’t Wake the Llama” in Sims 4. When trying to change the game, players realized the option was completely gone. Although the Switch Game button appeared in other games, it did not work as expected when playing Don’t Wake The Llama. The issue is now fixed and players should be able to see the interact button.