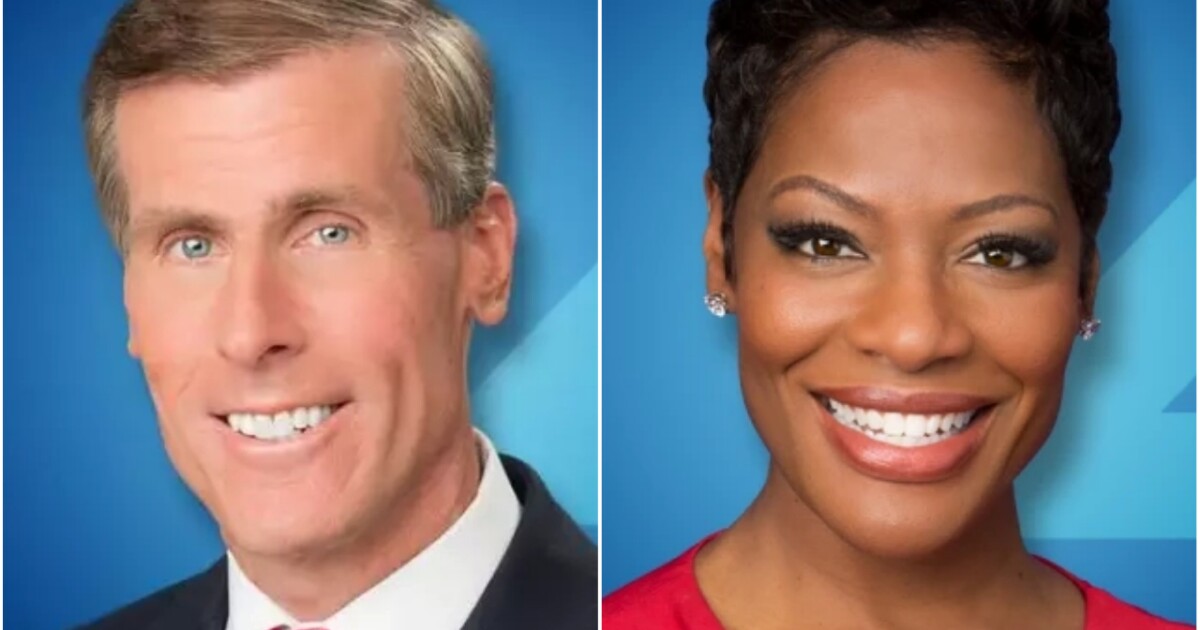 MILWAUKEE – TMJ4 News is pleased to announce that Shannon Sims and Charles Benson have been named the new anchors for TMJ4 News at 10 p.m.

“Whether it’s moderating a debate, criss-crossing state reporting on the upcoming election, or anchoring a newscast together, it’s clear that Shannon Sims and Charles Benson make a great team. Charles and Shannon have great chemistry and they bring out the best in each other behind the scenes and on camera,” TMJ4 news director Tim Vetscher said.

“Shannon and Charles have been instrumental in the success of TMJ4 News at 6 p.m. and we’re thrilled they’re teaming up to present the 10 p.m. news as well.”

Shannon and Charles are the latest talent changes to come to TMJ4 News. Marisa Woloszyn was recently named new meteorologist for TMJ4 News Today after Brian Niznansky’s promotion to chief meteorologist, and Symone Woolridge and Tom Durian were selected to be the morning show’s news anchors.

Shannon and Charles will debut on TMJ4 News at 10 p.m. on Thursday, September 15.

His trip to Milwaukee was not the route typically taken by most reporters. Prior to beginning her broadcasting career, Shannon was a classically trained singer, aspiring to become an opera performer. She holds a Bachelor of Arts from the Manhattan School of Music.

After studying abroad in Italy, she landed in Bloomington, IN. It was there that she began her broadcasting career as a radio announcer for 92.3 WTTS. The California native returned to the Bay Area to pursue a new career in radio and television.

In San Francisco, at KGO 7, Shannon did an internship and was quickly hired as a production assistant. She got her first job in front of the camera at KREM 2 Spokane, WA as a general assignment reporter.

While in the Northwest, she covered snow, snow, and more snow. But it was her exclusive and groundbreaking developments in the disappearance of Shasta and Dylan Groene, and later the capture of sex offender and kidnapper Joseph Duncan, that helped her grow as a journalist.

Shannon continued to hone her skills at WVEC in Norfolk, WKEF in Dayton, OH and waking up early with the FOX19 morning crew in Cincinnati.

At each stop, Shannon got involved in the community. One of his biggest accomplishments was raising money to outfit all 6th, 7th, and 8th grade classes at Dayton Boys Academy with brand new ties. Not only did she fund the uniform project, but she was able to bring a group of professional men to the school to spend time with each child and develop a bond that will last a lifetime.

While in Dayton, Shannon was also very active as a member of the Dayton chapter of the NABJ (National Association of Black Journalists).

Shannon enjoys working in the Milwaukee community and learning about the brewing city and beyond.

When not at work, Shannon likes to travel on the road to explore new places, shop for antiques, watch foreign films, dance salsa, opera and jazz.

Charles Benson is one of Southeast Wisconsin’s most dependable, reliable, and experienced reporters. If there’s a big story going on, Charles is usually there.

He is not only a familiar face in the community, but a man of faith, devoted to his family. Charles was inducted into the prestigious Milwaukee Silver Circle in 2013, a lifetime achievement honor awarded by the National Academy of Television Arts and Sciences.

“During presidential election years, you can find me chasing down candidates in Wisconsin, keeping them honest on their campaign promises. My favorite stories are about people here in Milwaukee and across the state. it’s a story about the trials and tribulations of someone’s life or the triumphs of the Packers or the Brewers, I’m always looking for the story that will make a difference in people’s lives .

“It’s not always about the stories you break; it’s about the people you meet. It’s about making a difference, showing the struggles people are going through, and having an impact on our community.

“I’ve worked in Peoria, Illinois, Green Bay and Madison. But most of his talent years have been here. My wife is from Milwaukee and my son was also born here. Those are the two reasons I love and always will love this place.

“It all started with a dream as a young boy. In 3rd grade, I knew exactly what I wanted to do in life. In my little league, I was more interested in making play-by-play than being a athlete.

“Part of what helped me develop the skills to become a journalist was my unique upbringing. Growing up, my dad was in sales and we moved around a lot. I was constantly meeting new people and building new relationships with people I didn’t know. It’s something I still do almost every day!

“These days you can always find me training for something. I love cycling, running and swimming and sometimes combine all three for a few triathlons every year. I have finished competing Wisconsin Ironman in 2013. It was my first, but hopefully not the last. I’m also a big fan of volunteering for the church and in the community. The best part of my day is when I’m at the grocery store, at the gym, or in a public place and someone stops me to say ‘Thanks for doing this story’ or ‘I like what you do on the news’.”

If you have a story, Charles can be reached at [email protected]

About the EW Scripps Company

The EW Scripps Company (NASDAQ: SSP) is a diversified media company focused on creating a better informed world. As the nation’s fourth-largest local television broadcaster, Scripps serves communities with objective, quality local journalism and operates a portfolio of 61 stations in 41 markets. Scripps Networks reaches nearly every American through national news outlets Court TV and Newsy and popular entertainment brands ION, Bounce, Grit, Laff and Court TV Mystery. Scripps is the nation’s largest broadcast spectrum holder. Scripps runs an award-winning investigative reporting newsroom in Washington, DC, and is the longtime steward of the Scripps National Spelling Bee. Founded in 1878, Scripps has held the motto “Give light and people will find their own way” for decades.

Report a typo or error // Submit a news tip

The Sims 4 Aliens Stole My Parents Storyline Is Weirdest Yet