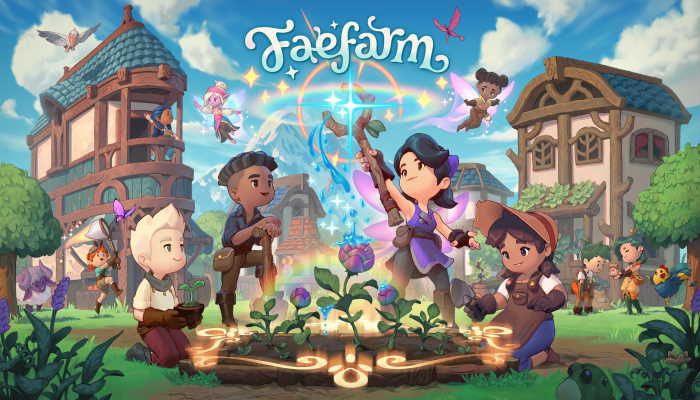 If there was one thing Nintendo wanted you to know (aside from the name of the new Zelda sequel), it’s that you can get your farming fix on the Nintendo Switch. Literally every farming simulator aside, RPGs dominated the Nintendo Direct this morning, with a new fire emblem announced, alongside a sequel to one of Square Enix’s best RPGs in years.

We saw during the Nintendo Direct four farming games coming to Switch, including a GameCube remake Story of the Seasons: A Wonderful Life. It was also announced Fairy Farm, Harvestella, and Rune Factory 3 Special.

story of the seasons is a remake of the GameCube classic, focusing primarily on farming, though you’ll also spend time building relationships with those around you. fairy farm, instead sees players joining a community of farmers – online or in local co-op – where you play as an adventurer. You will explore resources, build farms and houses and more in this farming simulation of Intrepid developer Phoenix Labs.

Harvestelle sees players battling with the Season of Death, which threatens to destroy your built and cultivated farm. You will be tasked with ending the season of death in the farming simulation, reminiscent of the harshness of a Westerosi winter. Rune Factory 3 Special is a remake of the Nintendo DS Rune Factory 3see players questing, growing crops, and taking down monsters that could threaten your village.

However, farming sims weren’t the only genre played during today’s Live. RPGs have definitely had their say, with Breath of the Wild 2 finally get a name and a date. The Legend of Zelda: Tears of the Kingdom is coming to Switch in May 2023.

It wasn’t the only sequel officially announced today, either, as Octopath Traveler 2 was announced for Switch (also PlayStation, Xbox, and PC) today. A sequel to Square Enix’s incredible tactical RPG, Octopath Traveler 2 takes players into a new era with all new travelers to embark on your adventure with. It hits platforms on February 24, 2023.

Fire Emblem Engage was also unveiled, bringing the legendary RPG franchise back to Switch, with some familiar faces in the crowd. Engage sees players take on a role in a world where, a thousand years before, the Fell Dragon was sealed away from the earth. Now the seal is broken and players will have to fight the evil of the Fell Dragon. Players are reunited with fan favorites Marth and Celica when Fire Emblem Engage released on January 20, 2023.

TUNICthe isometric ARPG has also been revealed on the Switch, taking its little fox on an adventure in the palm of your hand. Bayonet 3 also showcased new gameplay, seeing the

You can check out the full Nintendo Direct in the embed below.

The Sims 4 update 1.64 sells out for various bug fixes this September 13