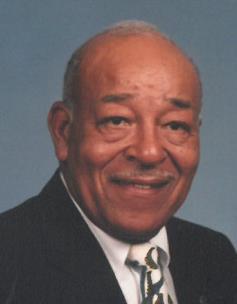 He was known to many as “Mack”/”Sims”. He was born November 30, 1930 in Chattanooga, to William (Red) and Magnolia Sims. McKinley was the third of four children, a sister and two brothers. He married Lillie Ruth Sanders on September 15, 1948. They were married for nearly 74 years. McKinley and Lillie had four children, Sheral Ann, McKinley Jr., Michael and Anita Ann.

He joined the New Monumental Baptist Church under the pastorate of the late Reverend John Cooper, Jr. He was an active member of the church and served on the board of trustees and as treasurer for many years. McKinley was also a member of Usher’s board of directors and the security team.

He loved to plant beautiful flowers in his home and very often planted them at church where he was also involved in many restoration projects. He loved helping and caring for people in his church and families in his community.

McKinley retired after 35 years from the DuPont nylon factory where he was a rigger. If you ask a hundred people about the conversations with McKinley Sims, they would tell you so many things – times spent at DuPont; conversations about fishing, how to build a barrel barbecue, his time spent with the grandkids being “daddy”; build the perfect wood project; what is the best vehicle for your dollar and of course he wouldn’t be “Mack” if he wasn’t talking about saving your money. Whatever the story, rest assured that you can always count on a good long conversation. McKinley, his stories and his conversations will be missed.

He was predeceased by his father, William Sims; mother, Magnolia Weaver; sister, Helen Catchings; and his brother, Robert Sims.

McKinley will be in state Wednesday, June 1 at 11 a.m. at the New Monumental Baptist Church with the funeral service to follow at 11:30 a.m. at the church.

Interment will be at Lakewood Memory Gardens, East. Due to COVID-19, masks are mandatory.

Arrangements are by Taylor Funeral Home of Chattanooga, Inc.