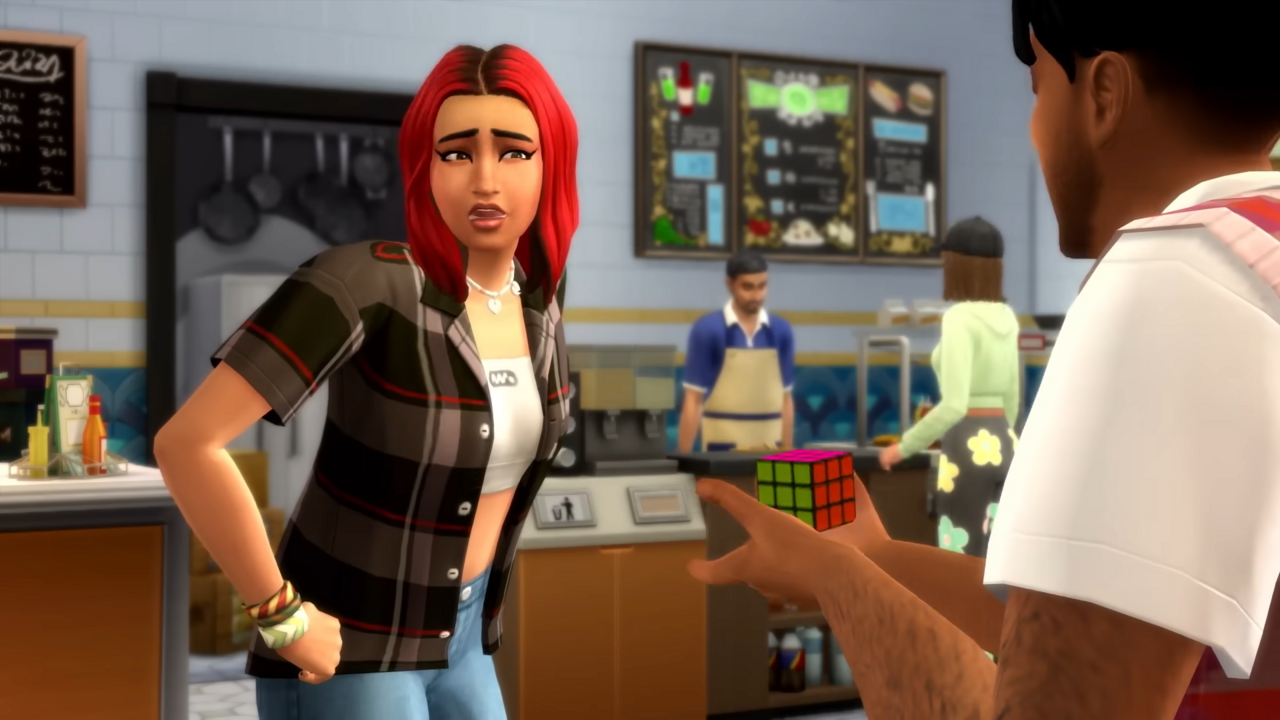 On July 21, EA released an update to the Sims 4 policy regarding modding and content creation. While the post stated that EA understood mods to be an “important part” of the player experience and explained how players could re-enable mods after they were automatically disabled following the latest Sims 4 update. , it also established a new set of rules for content creators. and modders – and not everyone is happy about it.

According to EA’s new guidelines, creators of The Sims 4 custom content are no longer allowed to promote mods “in any way that suggests they are endorsed by or affiliated with The Sims, Maxis, or Electronic Arts.” As such, creators are prohibited from using “any game logos or trademarks, including versions of the plumbob or key art designs” to promote their creations.

Although this may be a drawback for modders, the second set of terms proves to be much more controversial. According to the post, all content created by modders must now be distributed for free to the public. Mods can no longer be “sold, licensed, or rented for a fee”, and they can no longer contain features that support “monetary transactions of any type”. EA added that creators are free to “recoup their development costs” by running ads on their websites to generate revenue and donations, as long as the game content they create is not protected by a paywall. .

Shortly after the announcement, content creators began to wonder if this would impact the community’s popular early access paid model, in which creators offer mods and custom content on sites like than Patreon to paid subscribers for a set period of time before opening them. accessible to the public. Earlier today, Twitter user MarlynSims96 shared a conversation he had with an EA support staff member indicating that this was the case.

While EA hasn’t added any clause explicitly stating that the early access model is prohibited, this tweet – along with the new “non-commercial” requirement – means that it probably is. While some community members are celebrating the decision, which will essentially make all modified content free for all players, others are concerned about the new policies.

“Early Access pricing is now being targeted by EA where it hadn’t been an issue before,” KawaiiFoxita, popular Sims 4 architect and EA creator, told GameSpot. “Using early access as a way to get funding for the work these creators do, to me, is a much nicer approach and I fully support paying creators to get early access to their creations. This is something I don’t think EA should remove. People deserve some form of compensation for the work and time they put in, so Early Access is a good way to do that. “

For some, this compensation has proven to be vital in their daily lives. In their Patreon post about the policy changes, creator JellyPaws wrote that Patreon funding is part of what allowed them to pay their rent, medicine, and other necessities.

“Early access to Patreon is one of the only reasons I can pay for my own medicine, food, pet care and apartment so I can live above my disabled dad to take care of him” , wrote JellyPaws. “It’s truly heartbreaking to see Early Access disappear, but I hope you can all continue to support my work, even without the benefit of Early Access.”

JellyPaws is one of several Sims 4 modders who used Patreon and an early access model as a means of income, but are now removing that benefit due to new EA policies. Another modder, ChewyButterfly, found himself in the same situation.

“Patreon helped me buy the smallest amount of groceries for the past few months when my jobs kept falling,” ChewyButterfly wrote on Patreon. “I really hope EA releases another statement clarifying Early Access, as they have not stated More precisely that was not allowed. But until then, no more Early Access.”

The Sims 4 community on Reddit has widely praised creators like JellyPaws and ChewyButterfly for choosing to pivot with EA’s new regulations – even if there’s frustration with those who “abused” the paywall protocol, thus putting the creators in this situation.

However, many creators choose to maintain their current business practices. Felixandre, one of The Sims 4’s most popular content creators, made no mention of the policy changes on Twitter or Patreon. Currently, Felixandre has 4,433 patrons, each contributing at least $5 per month to the creator. Similarly, AggressiveKitty (which sits at 649 customers paying at least $6 per month), HeyHarrie (4,293 customers paying at least $2 per month), and Sixam CC made no mention of an intention to quit. MaxisMatchCCWorld and ADeepIndigo both shared their thoughts on EA’s new policy on their Patreon, but said they would continue with business as usual until it was clear that the Early Access model forbidden. Finally, CowPlant and PixelVibeSims were criticized on Reddit for finding “loopholes” in EA’s terms. The two creators said they were severing all ties with The Sims 4 franchise and that the 3D models they were building belonged to them.

Ultimately, this issue is divisive, with members of The Sims 4 community coming together in various places over a wide range of thoughts on the matter.

“As someone who builds primarily with custom content, I can understand why people are unhappy with paywalls.” said KawaiiFoxita. “At first it didn’t really bother me because I was convinced that these people who create these wonderful meshes and assets deserved to be paid for the time and effort they put in. They are artists in the end account and I support the work of artists where I can. That said, I also understand how it can be for those without the means and also for those who believe that these people have violated the terms of service.

However, KawaiiFoxita also made another good point. The Sims 4 community has largely given modders credit for being among the first responders to bugs in the game, and also brought more players to the franchise with their largely free additions.

“A lot of people who use mods and CC think the game would be unplayable in its current state without them. So with the removal of income for many modders, it may mean they’re not creating anymore – and if they don’t create any longer, you run the risk of losing a large chunk of your playerbase,” KawaiiFoxita said. “EA should really take note of what’s happening within the modding and custom content communities and consider hiring these creators to help implement these features/assets into the game itself, so they can be rolled out on more than PC gamers and these people can be rewarded for everything they do.”

GameSpot has contacted EA for comment on the policy change, but has yet to receive a response.

GameSpot may earn a commission on retail offers.

The products discussed here were independently chosen by our editors. GameSpot may get a share of the revenue if you purchase something featured on our site.