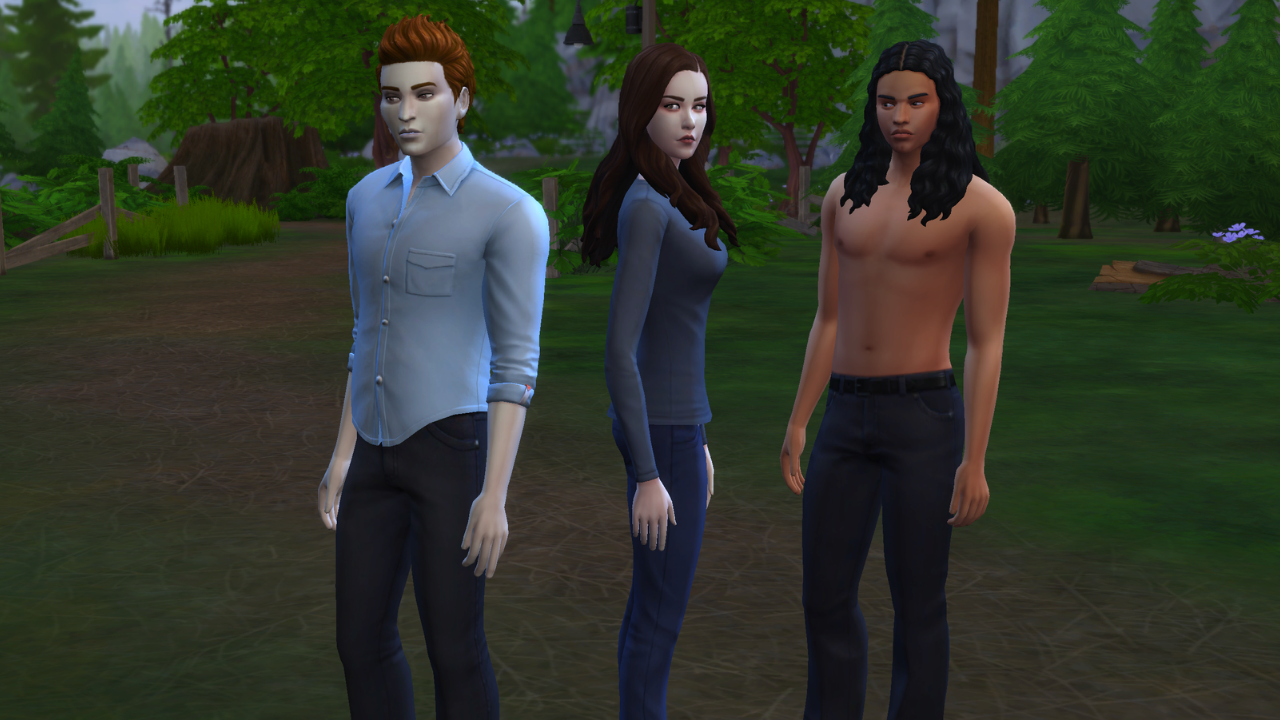 With each pack The Sims 4 adds to its ever-growing collection of DLC at eye-watering prices, the more I am able to do incredibly stupid things. Things like using The Sims’ new content pack, Werewolves, in conjunction with the Vampires pack, to recreate the greatest love story ever told: Twilight.

You see, after attending a press event detailing the werewolf pack and finding out that werewolves and vampires would have an immediate distaste for each other, I knew I wanted to explore that relationship a bit – to see what kind of supernatural trouble I could stir up – in the little town of Moonwood Mill. While I was never a Twilight person (which I can now say without feeling completely snobbish because it got cool to like it), after reading a book and a half of the series in 2006 and watched two of his movies on One Particularly Desperate Night, I knew if there was one way to inject drama into my acting, it was by featuring Edward, Bella, and Jacob.

When I had to give up importing the entirety of Forks, Washington into my game, I decided to recreate the iconic love triangle. I then forced them to live together in a two-bedroom house, kindled some romance between Bella and her two potential suitors, and then let the game (mostly) play out on its own. What followed can only be described as a fatal fiasco of supernatural proportions.

How to Complete the 100 Babies Challenge