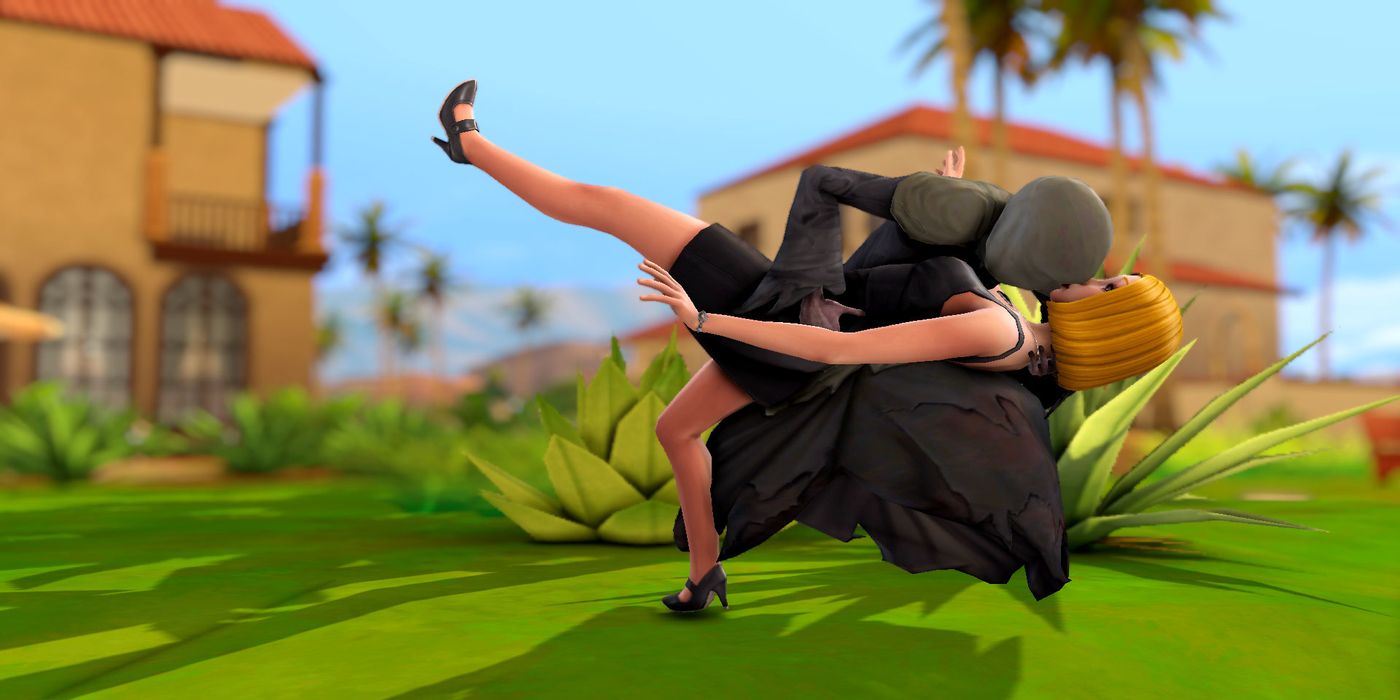 How to Romance The Sims 4 Grim Reaper

The Sims 4 is known for letting players tell all the crazy stories they want, and that includes the ability to romance the Grim Reaper.

The Sims 4 is known for letting players tell all the crazy stories they want, and that includes the ability to romance the Grim Reaper in-game. For players who want to make their Sims’ lives a little more exciting, or for those who are simply interested in the mysterious Grim Reaper of Death, the Grim Reaper is a fun NPC to interact with.

Although the Grim Reaper works differently than normal NPCs and has unique rules, interacting with it isn’t too different from interacting with regular Sims. Here’s how to romance the grim reaper in The Sims 4.

Related: Sims 4: How to Install (and Play) the Extreme Violence Mod

Before summoning the Grim Reaper, players will need to kill Sims in sacrifice to summon it. Because of this, players should have a few disposable Sims, as well as the Sim players want to use to seduce the Grim Reaper, on the same lot and in the same household to make things easier.

How to Romance the Grim Reaper in The Sims 4

The first thing players will need to do is summon the Grim Reaper. Whenever a Sim dies, the Grim Reaper will spawn to deal with them. Thus, players will have to kill a Sim to spawn it. This can be done in dozens of ways, but one of the easiest and fastest methods is to drown a Sim in a pool. This can be done by having a sim enter a pool without any ladders and building a wall directly around the edges of the pool so they can’t get out.

Once the sacrificial Sim dies, the Grim Reaper will appear. The Reaper moves quickly and disappears almost immediately after dealing with the dead Sim, so players will need to quickly interact with it to prevent it from getting away.

Once the Grim Reaper is nearby, players can interact with it just like they can with any other Sim. This means they can select romantic chat options like Flirt. Although the Grim Reaper will seem indifferent to romance, players simply need to keep persisting until the love bar fills up.

The Grim Reaper is a bit unpredictable, so it may disappear in the middle of a conversation with your Sim, before the love bar can be filled. If this happens, players will have to sacrifice another Sim in order to make it respawn. Then they can continue the process of interacting with him.

Once the bar is filled, the Grim Reaper will feel comfortable spending time with the Sim, and players will unlock the full range of Romance options. This includes almost everything normal Sims can do with each other; however, the Grim Reaper cannot WooHoo or Try for Baby without the use of Mods. Players can still ask their Sim to marry the Grim Reaper if they wish.

To marry the Grim Reaper, players simply need to add it to their household. It can be done with The Sims 4 cheated. Players can hold Shift + C and select the “Add to Household” option when hovering over it. This will add the Reaper to the current household and allow them to marry any other Sim.

While players may need to make some unethical decisions along the way, it’s entirely possible to romance the Grim Reaper in The Sims 4. For players with active imaginations, this can be a great way to spice up their Sims’ lives and tell exciting new stories with their characters.

How to Unlock Raiden Shogun Weekly Boss in Genshin Impact

Lina Hassen is a video game strategy guide writer for Screen Rant and dabbles in RPGs, rhythm games, slice-of-life sims, and everything in between. His playing experience spans around 12 years and continues. Currently a student, when not studying or playing, she makes music with friends or watches anime with her roommate.

Should disabilities be included in The Sims?