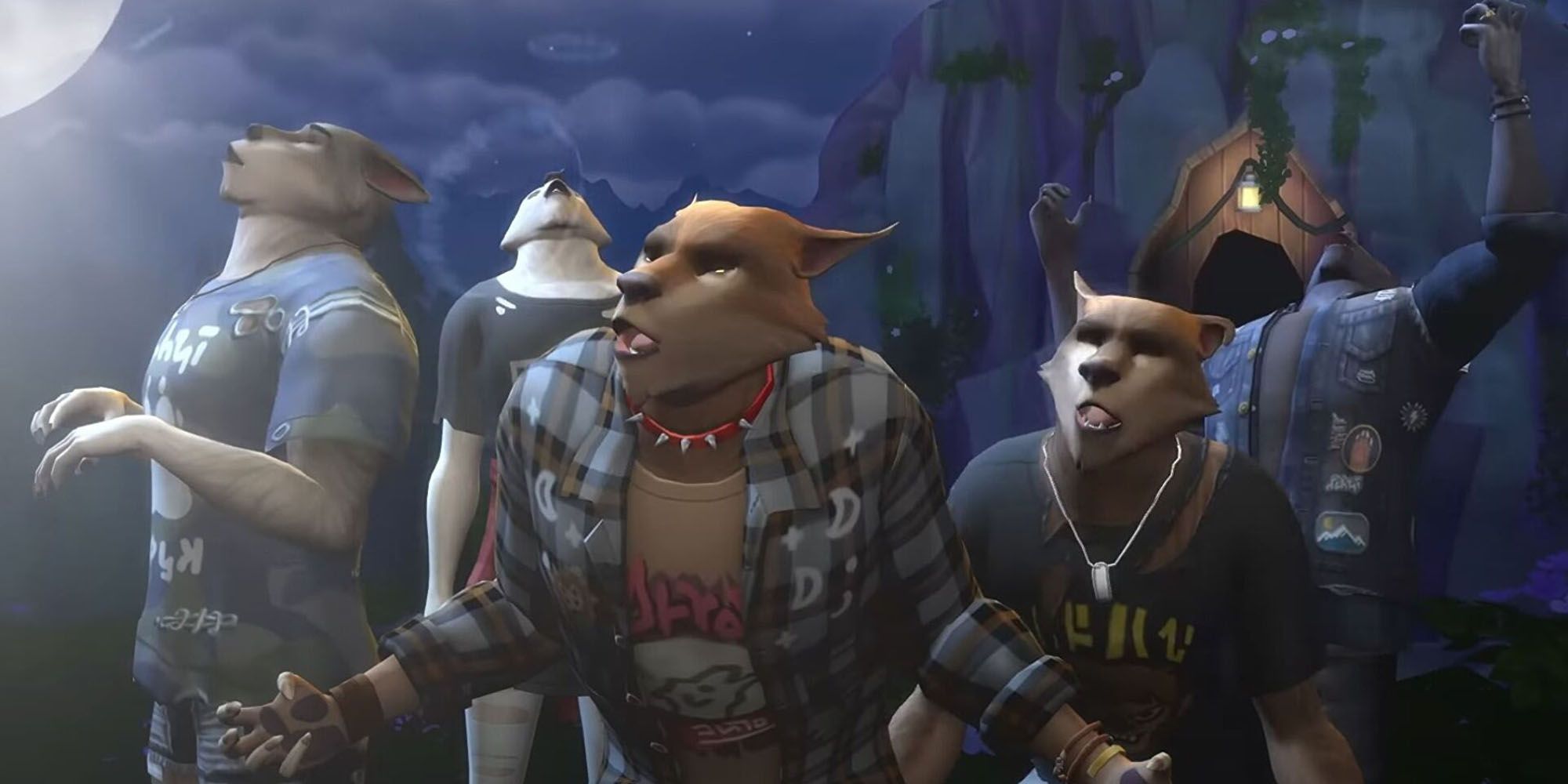 How to Join a Werewolf Clan

EA has finally given The Sims 4 players something they wanted: werewolves. New werewolves Game Pack has quite a lot of content, most of which is, of course, werewolf and occult related. Simmers can finally create werewolf Sims and transform their friends and family to grow their pack. There are, however, others already one with the full moon, and their alter egos who can impart wisdom to newly transformed puppies. These werewolves are part of packs, which player Sims can join, provided they are werewolves themselves and meet a few other requirements.

The Sims 4: Werewolves is a game pack that Sims have been waiting for since the Sims team announced this summer’s Light’s Out theme. The pack is quite large, including tons of new werewolf interactions, items, clothing, a new neighborhood, and a new occult life state. There are also some interesting new lore related to the occult and the neighborhood itself. This includes werewolf packs that players can join.

RELATED: The Sims 4: How To Quench A Vampire’s Thirst

There are two packs that Sims can join: the Wildfangs and the Moonwood Collective. The Wildfangs believe in fully embracing their bestial side, Fury and all. The Moonwood Collective, meanwhile, believe werewolves can rise above their animal side by taming their fury and integrating with the rest of society. These values ​​reflect what is expected of pack members once they join, so be sure to choose what matches the intended playstyle. Their values ​​also make one pack a little harder to join than the other.

Each pack has its own leader and lair. Moonwood Collective leader Kristopher Volkov is the easiest to find, as he lives with his family in the new neighborhood’s only occupied residential lot, Moonwood Mill. He can often be found here or wandering around the town’s community lots. The leader of the Wildfangs, Rory Oaklow, can be found almost exclusively near the pack’s lair, just north of the Grimtooth Bar & Bunker. If they’re not there, they’re probably running somewhere in the area, as they never seem to stay in one place too long, making them hard to come across.

Join a pack of werewolves

Each pack has the same membership conditions: befriend the leader and undergo three trials. Players will first need to find one of the pack leaders. Pack leaders can’t be socialized if they’re on a rampage due to Fury, so avoid trying to visit during a full moon. Also, because Wildfangs values ​​embrace Fury, Rory goes on a rampage quite often, making it harder to join the Wildfangs. Once Friendship is high enough with one of the Leaders, Sims can request to become a “Friend of the Pack”, meaning they are in good standing. From there, Sims can start undertaking trials to become a full member.

RELATED: The Sims 4: Tips and Tricks for New Players

How to complete trials and join a pack

Werewolf Sims can choose from six different trials, but only three must be completed. These can be selected when interacting with a pack leader as long as the Sim has the correct werewolf ability or other requirements to complete the task. Trials are werewolf spars, discuss lunar epiphany, demonstrate scavenging, demonstrate pack howl, give excellent quality food, and give uncommon or rare collectible. Werewolf-specific trials require the Sim to be able to transform at will, which is unlocked by not terrifying anyone during a rampage. Trials cannot fail.

The werewolf fight is the easiest to complete, as it only requires a fight with the leader. Discussing the Lunar Epiphany requires unlocking a Dormant Trait by simply reading a Werewolf Book. Demonstrating scavenging and demonstrating pack howl requires spending points on those specific werewolf traits. Donating excellent quality food can be done by having good cooking skills, and donating a rare or uncommon collectible requires searching for one or having a werewolf who is particularly good at scavenging. Once three of them are completed, the werewolf simulator will be a full member of the pack and will have access to the new rabbit hole.

The Sims 4 Tips for Toddlers

How to Get Infinite Money in The Sims 4