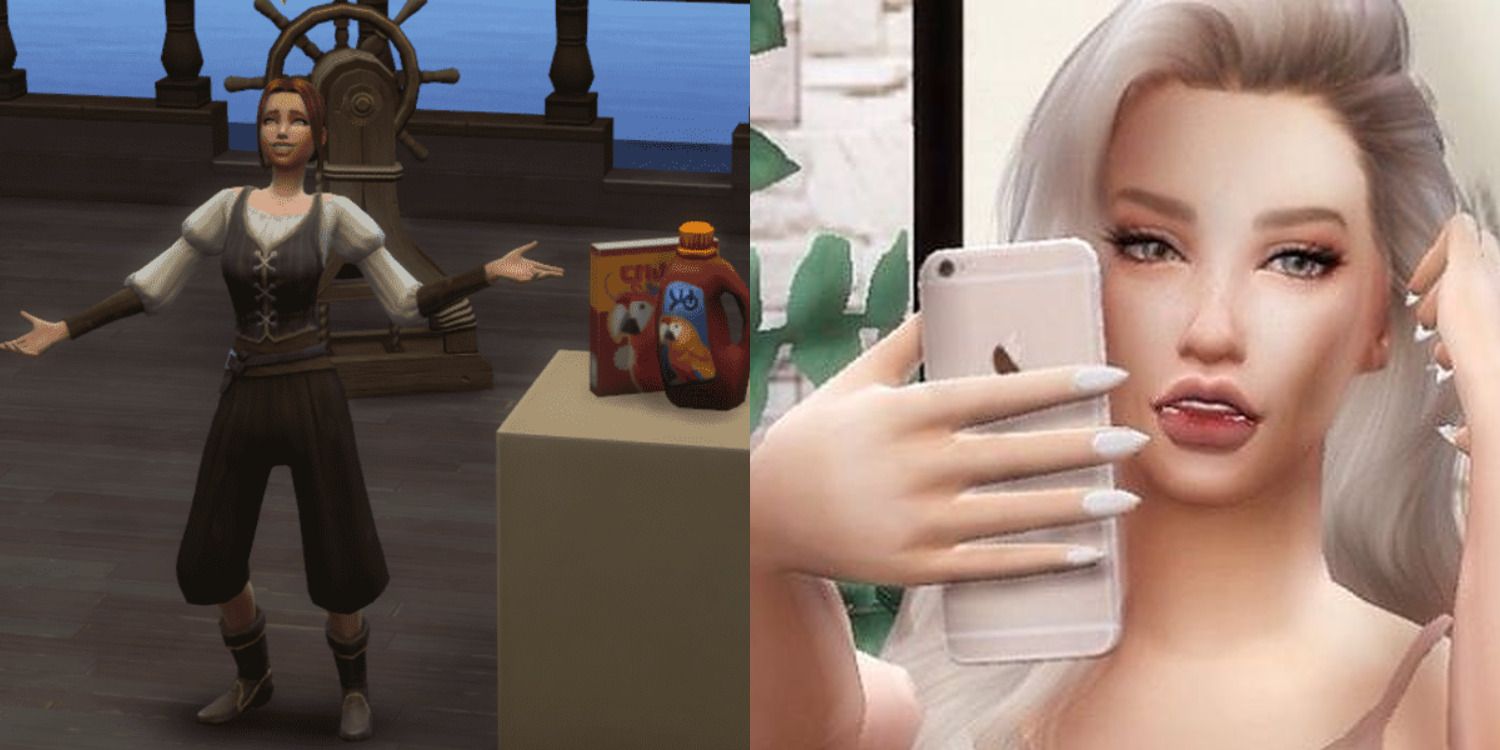 Lots of people want to be famous, and The Sims are no different! In The Sims 4, everyone has a chance to achieve fame with the Become famous expansion. Sims can become famous in several fields, such as acting, writing, painting, music or politics. They may even just be a social media influencer, the equivalent in their world of an Instagram or YouTube star.

However, truly becoming a recognized name and celebrity takes a long time. Sims must work hard to achieve fame, and even then, they must be careful not to lose it. Luckily, there are a few tricks to make the fame process quicker and easier. Some are so obscure that many players might not realize they exist – until now.

Just like in real life, the best way to grab an audience’s attention and gain exposure is to be active and engage with fans on social media platforms. In this case, Sims who want to become famous should take care to post new stories on their Simstagram again and again.

8 Work on the Charisma skill (and others)

Of course, Sims need to work on skills in their area of ​​expertise if they want to be famous as an actor, musician, painter, or even social media influencer. They can use certain batch traits to increase learning speed, which will allow them to improve their artistic skills much faster. There are also cheats or mods to improve skills, but using them can take away some of the fun.

One skill budding Celebrity Sims should level up that players often overlook, however, is Charisma. If a Sim with a high level of Charisma posts a story on Simstagram, they will get more followers (and more fame) than Sims with a lower skill level.

7 Go out and face the public

Introverted Sims may not be so happy with this stage, but one way to increase notoriety is to simply go out, interact with the public, and show off some talent. Sims who want to be famous singers, for example, should visit open mics at clubs and bars to show off their skills.

Sims can also attend parties and try to befriend celebrities and other influencers. Getting to know those who are already famous will also earn them fame points.

6 Do risky scenes as an actor

If a Sim is an actor, they can become famous faster by performing the riskiest scenes. During each shooting event, Sims have the option to play it safe or try the risky option. Successfully doing the risky option brings them more fame.

However, players should only try this option if they feel confident enough and have completed all of the prep tasks they were expected to do (such as practicing certain types of acting scenes) before attending the filming. Otherwise, they might miss the stage and won’t get any additional fame points.

An unusual way to gain more fame is to become a spellcaster! With the World of Magic expansion, once a Sim has learned enough spells, they can use their magical abilities to cast spells and gain fame points.

This is a perk that many players don’t know about, even those who have played as spellcasters before. Of course, there is another benefit to using spells as well, as it makes the Sim’s life easier or helps them deal with annoying people.

If Sim wants to be famous, he needs to start working on his future career or job early. For example, even children can start playing the violin or doing some other artistic activity at an early age.

However, the best way to become famous early on is to join the drama club. This will then help the Sim in their future acting career, boost their fame and also give them a better chance of succeeding and becoming an acting superstar.

Again, like in the real world, child Sims born to famous parents have a distinct advantage over their average peers. In The Sims 4if a child has famous parents, they automatically get a certain level of fame after birth and they don’t have to work for it!

RELATED: Tips to Keep Your Sims Happy in The Sims 4

From there, it’s up to them to develop their careers just like any other Sim would. Still, their starting position is better and that makes fame easier.

One trick to becoming famous faster is to build a good reputation. This will not only make the Sim more popular, but bring them more opportunities. One way to achieve a good reputation is to donate lots of money to charity.

If the Sim doesn’t have much money, they can try running charity events, or players can use money cheats if they don’t mind. It also helps to just be nice to other Sims – everyone loves nice, polite, humble celebrities.

In addition to Lot Traits, Personality Traits can also help Sim gain fame faster. Some traits are simply better for building fame than others. For example, being creative helps a lot when Sim wants to be a famous writer or painter.

It also helps to be confident, cheerful or outgoing. Sims will meet a lot of people on their journey to stardom, and they need to be able to grab all the attention with a smile on their face.

MORE: The best things to buy in The Sims 4 Rewards Shop

Sims 4: The best rewards to buy (and how they work)