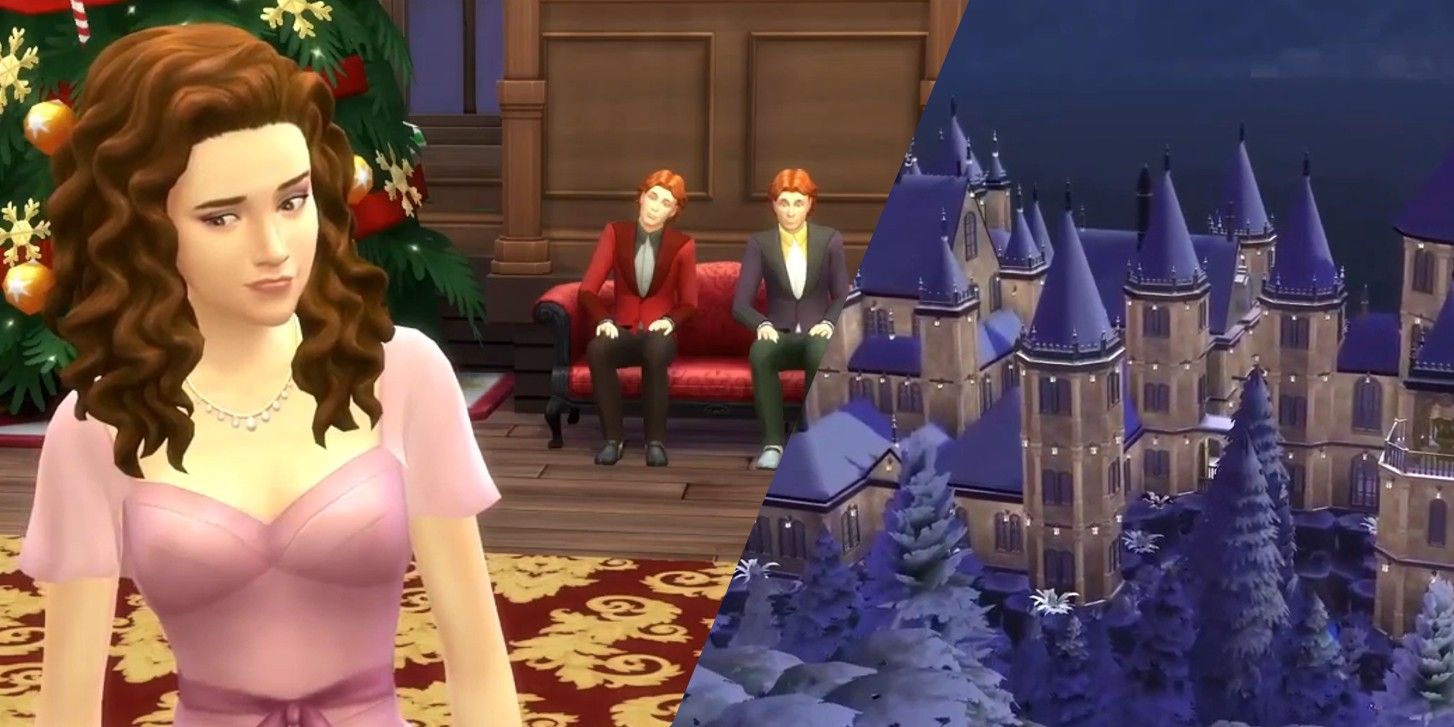 A Sims 4 player has recreated the story of Hermione Granger and Viktor Krum from Harry Potter in a magical cinematic video featuring movie scenes.

A player of The Sims 4 created his own short film based on the events of Harry Potter and the Goblet of Fire, recreating everything from Hogwarts Castle and the Quidditch World Cup to the Triwizard Tournament. Thanks to The Sims 4′s Users of the Create-a-Sim suite can design not only their own unique Sims and buildings, but also recreations of existing actors and characters, allowing for role-playing fun in the world of Game.

The Sims 4 emphasizes play with life and gives players plenty of options to customize their homes and characters. It takes this a step further with custom content, which can offer more realistic clothing and hair, and can also bring real-world creations to life in-game. Custom content is made possible through the The Sims 4and can make it easier to build Sims and dream homes with content for Sims often inspired by TV shows, celebrities, and movies. Previous popular recreations have included everything from Taylor Swift to a Sims version of The Fresh Prince

YouTuber magic simsknown as Magic_Sims on Reddit, recently unveiled their Harry Potter-inspired The Sims 4 story video, highlighting the short-lived romance between Hermione Granger and Viktor Krum while showing incredible sets and movie moments like the Quidditch World Cup. The cinematic short features a range of Harry Potter characters as they appear in the films, including Ron Weasley, Harry himself and, of course, Hermione and Viktor, as well as a number of famous Hogwarts locations and movie moments. Fans will not only see Hogwarts Castle, but also the Yule Ball, part of the Triwizard Tournament, and even a full recreation of the Great Hall. The finished video even includes movie-accurate clothing for budding witches and wizards and, of course, Hermione’s memorable pink dance dress.

Thanks to the many options natively included in the game, as well as the availability of personalized content, role-playing in The Sims 4 has become a gameplay goal for many Simmers. With the title’s nearly endless possibilities for everything from careers to relationships, the game can become the perfect tool for movie and book fans alike. Harry Potter to imagine alternate endings and stories for their characters. While fans have the option to stick to the narrative of pre-existing materials in their gameplay, they can also let their imaginations run wild.

Although Magic Sims doesn’t stray too far from the story of Harry Potter‘s Viktor and Hermione, as seen in the books and movies, their impressive recreation of The Sims movies serves to underscore just how versatile the game can be. From the characters’ Gryffindor robes to the beautifully redone Hogwarts castle sims style, Magic Sims has tested what is possible when it comes to magical recreations in The Sims 4.