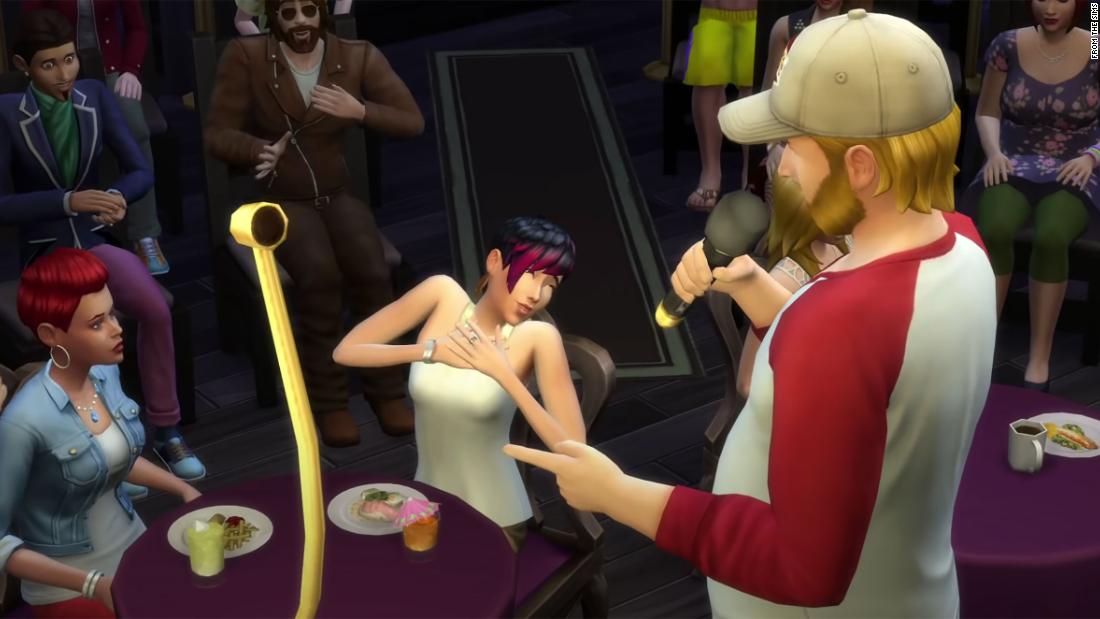 For many neurodiverse people, “The Sims” has been a lifelong solace

By Kevin K. Sutton Last updated Sep 11, 2022
Share
Pixel by pixel, life simulation game “The Sims” has been providing this experience for over 20 years. Since its first release in 2000, “The Sims” has become one of the best-selling PC games in the world. Time has not dulled its shine either.

The creators of “Sims” on Twitch and YouTube put the game to the test, building intricate homes and trying absurd challenges like having as many babies as possible or subjecting their Sims to Kafka-esque psychological torture (all while having fun, of course). Some pioneering “Sims” creators even take to Instagram, posting perfect Sims lives for their fellow Sims friends to praise and envy.

But “The Sims” is also heaven for neurodiverse gamers, some of whom grew up with the game and continue to revisit it well into adulthood. “The Sims” is an open-world game, which means there’s no right or wrong way to experience it. Whether one wants to speed up the apocalypse or simply help their little Sims with laundry, there are no expectations that aren’t set by the player themselves. For some with autism, ADHD, or other conditions, that means they can tailor play to whatever they want: a place of comfort in a confusing world, a sort of social roadmap, a reality alternative where they have control, or just a special lifelong interest.

Built into the game’s DNA is the idea that “The Sims” offers a neater, easier version of our own world. Game creator Will Wright lost his home in the Oakland-Berkeley firestorm in California in 1991. While rebuilding, he was led to consider what life was really made of. A series of needs to be satisfied? Items to own? People to love?

“When something like this happens, you get the big picture,” he told Berkeleyside in 2011. “Where do I want to live? What kind of things do I buy? You see your life almost like an ongoing project.”
This perspective particularly resonates with people with autism or ADHD who spoke to CNN. “Neurodivergent is a non-medical term that describes people whose brains develop or function differently for some reason,” according to the Cleveland Clinic. Such conditions present as many opportunities as they do challenges. Parts of life that others might find easy or automatic, such as performing daily tasks, meeting basic physical needs, and interpreting social situations, are often, in Wright’s words, “a ongoing project”.
Helen Ashcroft, Sims player and video game editor autistic, first discovered the original “Sims” game when she was 20 years old. Through various stages of her life, she has found both comfort and creativity in the open play of play.

“I’ve always been fascinated by human behavior. I also love all games that let me build and create. The Sims combined the two,” she told CNN.

Of course, you don’t have to be neurodiverse to find solace in low-stakes games like “The Sims.” But for people like Ashcroft, structured social interactions and the ability to create different situations act almost like a real-life laboratory.

“I can play in different ways depending on my mood. Sims have their own emotions to discover, and I can play out different situations in a safe environment. Neurodiverse players can explore relationship dynamics that don’t come naturally to us,” he said. she declared. said.

Benji, a video game journalist and creator of “Sims” autistic who prefers to be called by his social media handle, says he turns to video games as a form of escape.

“One thing that makes ‘The Sims’ so special is that it’s not ‘punishing,'” he told CNN. “It’s a really good oasis, so to speak. My daily life demands so much of me, and I can just sit back and do whatever I want with these little people.”

Benji says he derives the most satisfaction from the game by setting goals for his Sims and planning what their story will look like. And while, as a very social person, he doesn’t identify as much with the emotional aspects of the game, there were times when he felt surprisingly seen.

“At some point the developers introduced a new trait: now a Sim could be an ‘overachiever’. So when I applied this trait to one of my Sims, he was bored and fidgety when his life became idle. When he took on difficult tasks, he was so happy and fulfilled. And I was like, ‘Wow. I’ve never told a Sim so much in my life.'”

Educators and psychology professionals have observed the benefits of life simulation games like “The Sims” not only for neurodiverse groups, but also for people with brain injuries or those from disadvantaged backgrounds. Research from the University of Pittsburgh shows that “Sims”-like games helped a group of children with cognitive challenges improve their problem-solving skills and recognize how different traits affect behavior.
Research from the University of Kentucky suggests that pretend play can help people with ADHD imitate and, therefore, hone their executive functioning skills.

People with autism and ADHD aren’t the only ones who find satisfaction in living in a world they’ve designed. While communities have naturally formed around “The Sims” and its many expansions and modifications, other marginalized identities have recognized similar value. Some LGBTQ “Sims” gamers say the game has helped them live out their true selves. (The “Sims” characters have always been able to have romantic relationships with any other adult Sim, regardless of gender.)

“When I realized I was gay, I couldn’t share it with others,” Polish “Sims” user DOTSim told Electronic Arts, the video game company that publishes “The Sims.” “I think the opportunity to express myself freely in a safe environment in the game gave me the courage to finally come out.”

Over the years, EA has released several updates allowing users to fully customize their appearance, race, cultural identity, gender identity, and sexuality. Benji, who is from Sao Paulo, Brazil, says he’s noticed occasional updates that include cultures outside the United States, such as music from international artists recorded in Simlish, the language of The Sims.

This inclusion underscores the very reason why neurodivergent gamers continue to start “The Sims” year after year, at all stages of life. When the world doesn’t seem built for you, it’s a relief to be able to build one yourself.

Sims 4 Cottage Living – Everything you need to know