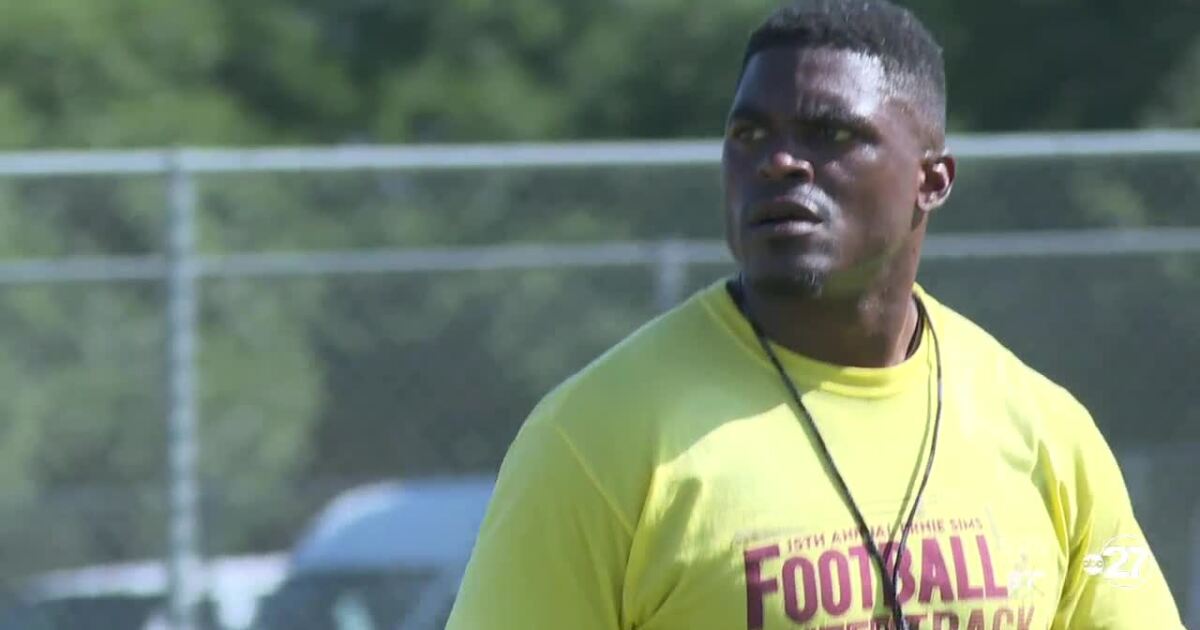 TALLAHASSEE, Fla. (WTXL) – The city of Tallahassee came together for the first day of its 15th annual Ernie Sims Summer Charity Weekend, hosted by Ernie Sims.

On Friday July 8, a Youth Football and Cheer Camp was held and an Athletics Invitational is scheduled to take place on Saturday July 9.

Ernie Sims, who played football at North Florida Christian before playing at Florida State and the NFL, said he would rather host the charity in his hometown than anywhere else.

“I really like Tallahassee,” Sims said. “I want to see every young man and woman come out of Tallahassee successfully. I’m just trying to do my little bit to make it happen.”

Sims also said that over the past 15 years, being able to give back to his hometown is what drives him to do so.

Leon County Sheriff Walk McNeil said Sims’ heart is “as big as gold” to return to his hometown and focus on his own community.

Tallahassee Mayor John Dailey added how grateful the community is to Sims for hosting the annual charity weekend.

“In today’s society, we need great role models for our children, and you look around and there are several hundred children here,” Tallahassee Mayor John Dailey said.

A North Florida Christian athlete who helped coach the youth camp described how it felt to help the camp.

“I feel like I can be a role model for these kids here and that makes everything ten times better,” Traylon Ray said.

Sims said the charity weekend is meant to serve as a positive beacon in the community despite any circumstances that may arise in the city.

The charity weekend will end on Saturday with the Athletics Invitational, which is scheduled to take place at Mike Long Track at Florida State.