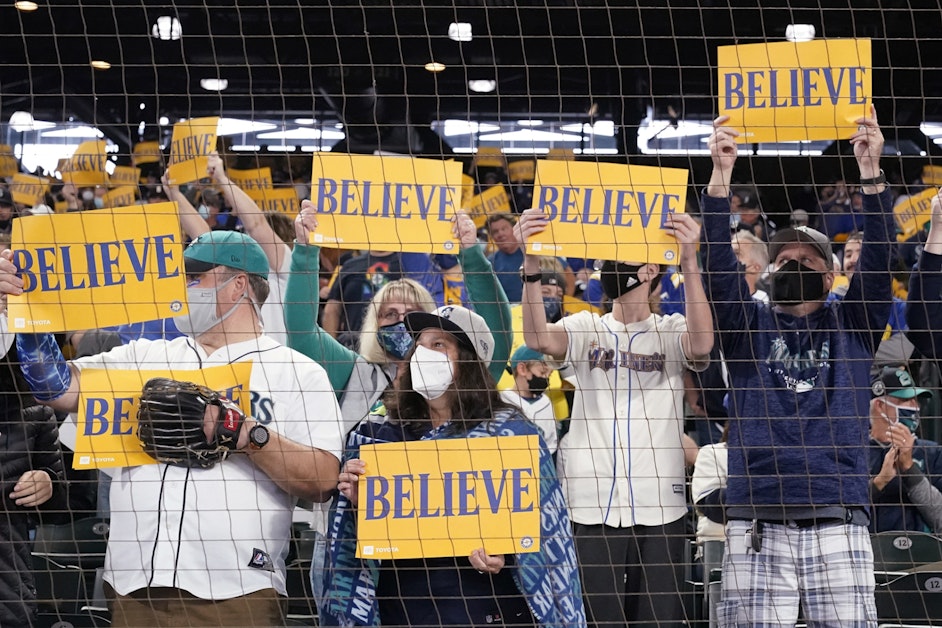 Dave Sims examines Mariners prospects of coming out of the schneid

It’s opening day for the Seattle Mariners! And as they say, hope is eternal. Thanks to an encouraging 90-win season last year and some big off-season moves, Mariners fans have a lot of hope heading into 2022.

You may have heard that the Mariners haven’t made the playoffs in 21 years, which is the longest post-season drought in North American professional sports and means that for now the team remains “on the schneid”.

But the Mariners have added some great players to this year’s squad, including Cy Young winner Robbie Ray, who will be on the mound today for the Mariners’ opener against the Twins at Target Field in Minneapolis. , and star outfielder Jesse Winker. .

Not to mention the upcoming debut of 21-year-old phenom Julio Rodriguez, considered one of baseball’s hottest prospects.

To learn more about what to expect this season, KUOW’s Kim Malcolm sat down with Dave Sims, play-by-play broadcaster for the Mariners.

Sims said he was especially pleased to see the Mariners bolster their offense with the addition of Winker and third baseman Eugenio Suarez. In 2021, the Mariners hit .226 as a team, the league’s lowest average.

“The promise and expectation is just a complete turnaround from this time last year,” Sims said. “If that doesn’t get your juices flowing, you’re not doing anything right.”

This year’s home opener is next Friday, April 15, Jackie Robinson Day, which honors Robinson’s debut at first base for the Brooklyn Dodgers in 1947, when he became the first African American to play in the major leagues.

Sims said he grew up hearing stories from his father about watching Robinson play in Brooklyn.

“I still feel like I’m part of the last generation of black people who are totally dedicated to baseball, loving baseball and following it,” he said. “We are trying to rekindle the passion of the black community for baseball.”

Will The Sims 5 have multiplayer? How it could work and crossplay