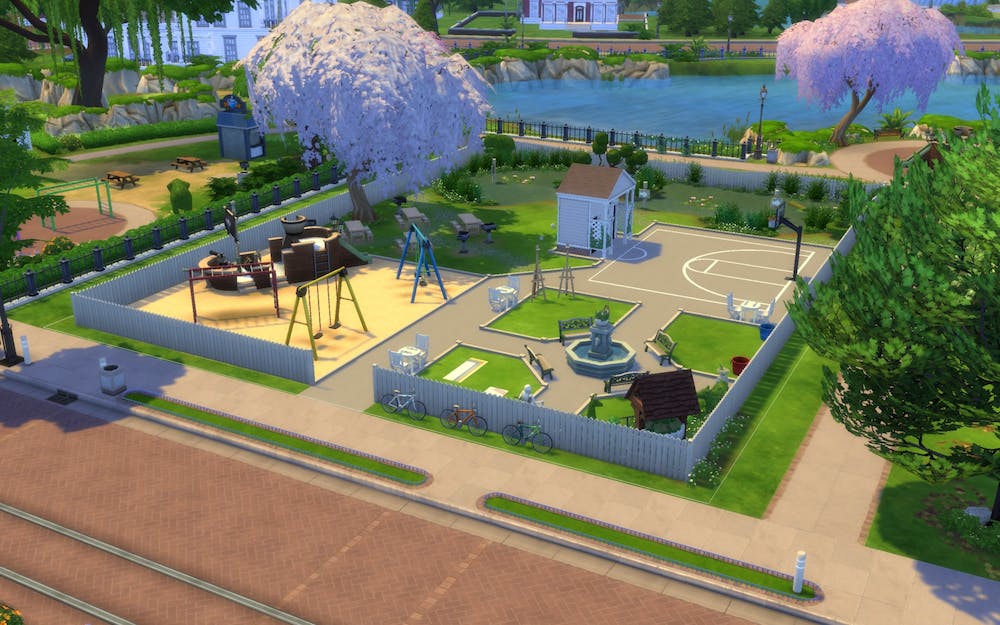 Conclusion: which “The Sims 4” packs are really worth your Simoleons.

Maxis and EA have released 4 “The Sims” games along with additional downloadable content (DLC) for each game that “simmers”, people who play The Sims, can purchase and install. DLCs ​​allow for specialized gameplay, building options, and character customization opportunities.

“The Sims 4” has a plethora of DLCs. There are expansion packs, game packs and “stuff” packs. In March 2021, The Sims team released a new category of DLC: Kits. Of the many, there are a few that I recommend new simmers purchase and download.

The first and most important expansion pack that all simmers should have is The Sims 4: Seasons Pack. Seasons gives simmers the option to have all four seasons of the game which offer new activities for Sims like roller skating, ice skating, snowball fights, building snowmen and throwing water balloons. The Seasons Pack also includes cold and hot weather outfits in the Create a Sim menu, and rustic items to build and buy. The Seasons pack generally makes “The Sims 4” environment more realistic instead of just having a stagnant type of weather.

I also highly recommend the “Cats & Dogs” expansion pack, which lets your Sims have furry friends and also opens up a world called Brindleton Bay. This pack also introduces Stray Animals and Vet Clinics, allowing your Sims to open their own Vet Clinic.

The next expansion pack I recommend is “Eco Lifestyle”. This pack introduces renewable and non-renewable energy, sustainable living, crafting, and community projects to “The Sims 4.” The expansion pack has a strong focus on the global ecological footprint and three different pollution levels can be achieved: green, neutral and industrial. Eco Lifestyle raises awareness of the ever daunting issue of climate change and further increases the relatability of Sims.

In addition to “Parenthood”, I recommend that simmers purchase and download “The Sims 4: Laundry Day” stuff. Laundry Day adds laundry to “The Sims 4”. There are baskets, washers, dryers, a wash bucket, and a clothes line for your Sims to do their laundry. I love when my Sims have chores to do, as it adds a realistic quality that Sims also have to do their laundry. Plus, it adds a level of realism that every family needs.

While Parenthood might not be your thing, the “Tiny Living” stuff pack is definitely a fun edition for everyone. This pack adds a new land type, Tiny Home Residential, and has three levels that depend on the number of floor tiles in the house. When building, you can only place walls on a predefined grid. The amount of floor tiles corresponds to where the walls are built and the rooms closed. The first level is a 32-tile micro-house, the second level is a 64-tile small house, and the third level is a 100-tile small house. Each level has different perks that impact gameplay, Sim skill development, and even lower bills.

In my opinion, all of the packs listed above are essential for realistic gameplay and enjoyment. These are the packs I use and love the most for my build and buy, Sim creation, and gameplay needs.

I only bought one kit, and I’m not really “blown away” by its additions to my gameplay. The Sims 4: Country Kitchen kit includes a build-and-purchase country-style kitchen. The kit includes kitchen counters, kitchen appliances, and cute clutter like tin cans and canisters for the counters. I’m saddened to say that, for the price, the kits aren’t worth the $4.99 plus tax. This is just my opinion, but it’s a steal of a price to add content to the game if simmers would like something extra. Kits are mini packs that have three different content categories: Build and Buy, Create a Sim, and Gameplay.

There are other DLCs available like “Island Living”, “Cottage Living” and “Discover University” expansion packs which add additional elements like beaches, oceans, mermaids, farming, livestock and two rival colleges, respectively, to the game. The “Vampires” and “Realm of Magic” game packs add occult Sims that are fun to play with, but these packs are more for the enjoyment of individual players than essential for gameplay .

Even without the addition of DLC, “The Sims 4” is a massive game with collections, an interactive environment, and plenty of worlds for your Sims to live in, but it feels incomplete at times. I love playing The Sims 4, but it has its flaws.

For example, babies are “objects” in “The Sims 4”. They are permanently stuck in the cradle which automatically loads randomly on batches after a Sim gives birth. It’s annoying because Simmers have to stage a manhunt for their Sim’s baby and move the baby to the parent’s room or designated nursery.

Neighborhoods and worlds are gated, which means that to get to your Sim’s neighbor, slow cookers must first go through a loading screen. In “The Sims 3” there was an open world which no doubt caused a lot of lag issues for many simmers, so in this case having a closed world is a good thing. But still, I wish neighborhoods were coded to open so there were fewer loading screens.

A rabbit hole is an animation sequence that occurs in the Sims environment when your Sim interacts with specific objects. To name a few rabbit holes, simmers can click on storefronts, buoys in Island Living, rockets, and environmental objects placed around the world that take your Sims on a journey. However, Simmers wait at the original location for their Sim to return. The nice thing about rabbit holes is that they reduce lag and usually have pop-up messages for simmers to select a decision for their Sims to make.

With that in mind, “The Sims 4” had the option to add cars as rabbit holes in “Parenthood,” so teenage Sims can learn to drive with their parent Sims. However, “The Sims 4” has no cars, as there is no open world, eliminating this potential gameplay addition.

All the same, “The Sims 4” is a fabulous life simulation game even with its flaws. The Maxis and EA teams introduced Sims Delivery, which periodically adds free content to the game. They also patch and update the game often to fix reported bugs in the base game and DLCs. The Sims team has also been working on refreshing previously released packs to introduce new content to simmers who have already purchased them. “The Sims 4” still has a lot of potential to be fully fleshed out, even with rumors of “The Sims 5” being ongoing within the slow cooker community.

The “Sims 4” released a cryptic roadmap for May and June 2022, recently introducing hints for two new kits and a game pack. One of the kits will be based on “Cozy Nights In” and the other on Chic Nights Out. The game pack’s clue is “Go Wild,” and rumors within the community believe that The Sims 4 may introduce a new occult: werewolves.

I highly recommend “The Sims 4”, if a life simulation game is what you are looking for. Dag dag!