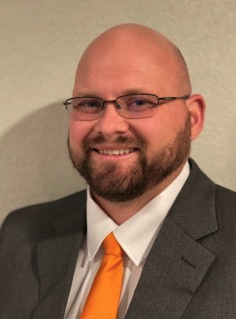 The City of Evans City Council has selected a Deputy City Manager to be its next City Manager following a nationwide search.

Cody Sims, deputy city manager of Augusta, Kansas since 2014, was selected from nearly 100 applicants, according to a press release from the city of Evans Monday afternoon.

Sims is expected to begin work in early 2023. His hiring is pending a detailed background investigation and acceptance of contract terms outlined by the city.

“We are thrilled to have someone with Cody’s experience and vision to lead our city,” Evans Mayor Mark Clark said in the news release. “Mr. Sims is a forward-thinker who has the best interests of our residents in mind. He has done great things everywhere he has gone and we believe he will do great things for the Town of Evans.

Sims served as Director of Economic Development and Acting Director of Engineering for the City of Wellington, Kansas for nearly three years before moving to Augusta. He also worked as an assistant city manager for the city of Bel Aire, Kansas.

The City of Evans press release said Sims made supporting first responders a priority during the interview process. Sims’ first exposure to public service as a volunteer firefighter for over six years for the Sumner County Fire District and as a reserve police officer for two years.

He was born in Wheatland, Wyoming and has family in Loveland. Sims and his wife, Ashlee, have been married for 15 years and have three children.