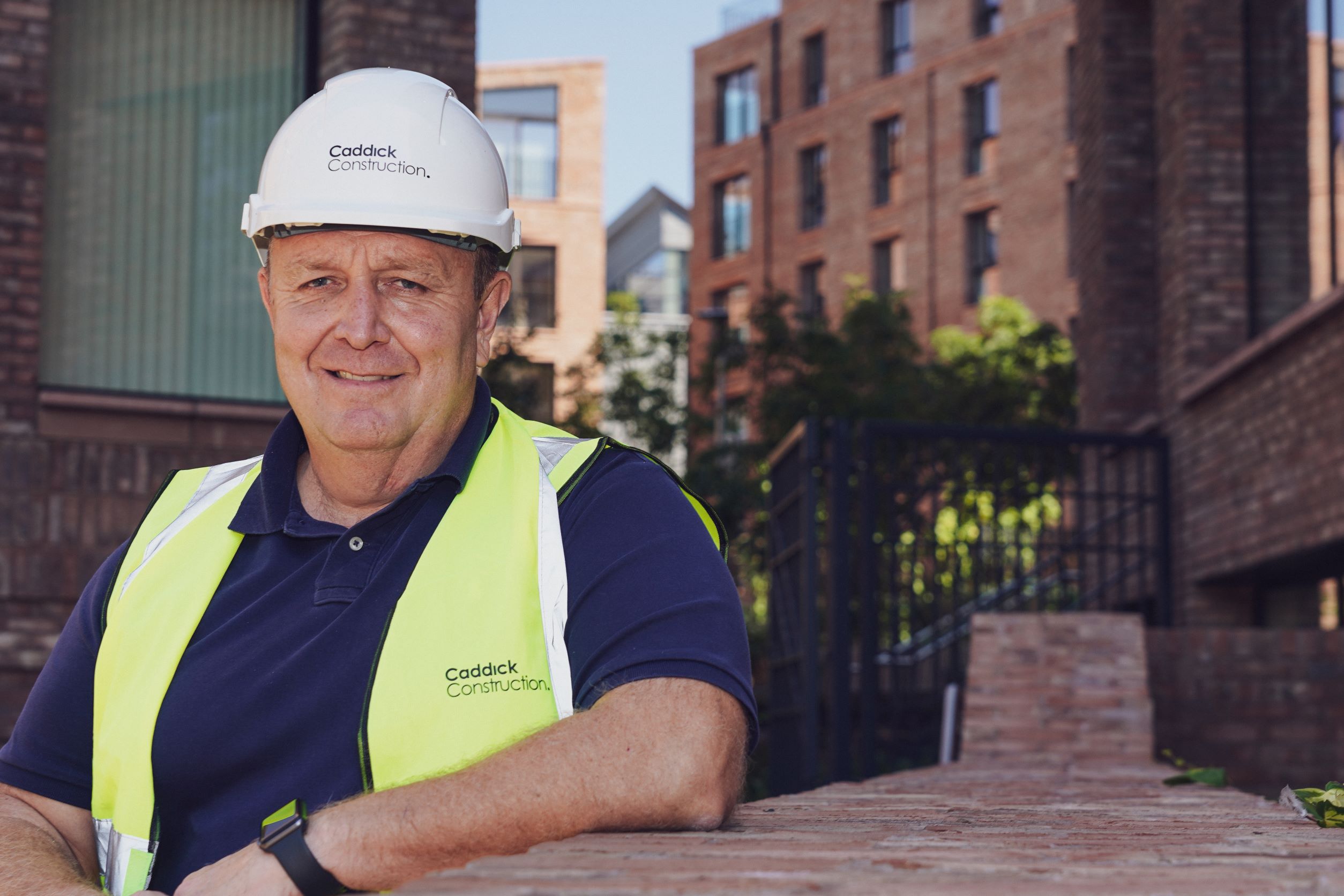 Caddick Construction Project Manager Jason Sims has been shortlisted for a national award in recognition of his contribution to the construction industry.

Jason, who has worked for Caddick Construction since leaving school, is just one of a handful of finalists to be chosen after a grueling nomination and interview process for the Chartered Institute of Building’s prestigious CIOB Awards. of this year. He has been shortlisted for the Building Manager of the Year award, following his work on the award-winning £33.5million mixed-use development of the Hudson Quarter in the heart of York city centre.

Jason, 52, will attend the CIOB Awards ceremony in London, hosted by TV and radio presenter, Anita Rani, on September 28e.

He said: “I really can’t believe I made it to the final, it’s been an amazing experience so far and Caddick has been supporting me every step of the way. The Hudson neighborhood was a very special project to work on and exceeded all expectations in terms of what it brings to downtown York. It was a privilege to be part of this team and to build something really special.

The CIOB Awards, formerly the Construction Manager of the Year Awards, began in 1978 and celebrates the individuals behind construction projects of all sizes, including residential buildings as well as those used for education, business, healthcare health and recreation. They have provided a springboard for many careers, with winners going on to work at iconic sites like Canary Wharf and The Shard.

Caroline Gumble, CEO of CIOB, said, “We received many high-quality submissions for this year’s CIOB Awards, which showcase the best leaders and talent in the built environment sector. Our congratulations go out to all of the finalists and we hope they will join us at the awards ceremony in September, which is always such an inspiring event. It will be exciting to find out who the winners are.

Ian Plowman, Operations Manager, Caddick Construction, added, “We are incredibly proud of what Jason has accomplished to get to this point, not just on the Hudson neighborhood, but on all of the projects he oversees. Jason is always one to avoid the limelight, but on this occasion the team can’t wait to support him on his big awards night.

Jason has led many award-winning Caddick Construction projects over his career including The Hut Leisure and Community Center in Airedale, The Harley Gallery, a purpose-built gallery space for The Portland Collection, in Worksop, Stonebow House, redevelopment comprising 17 apartments luxury, with 4 penthouses and 31,500 square feet of retail and leisure space and it currently manages the One City Park project in Bradford, on the site of the city’s former police headquarters.