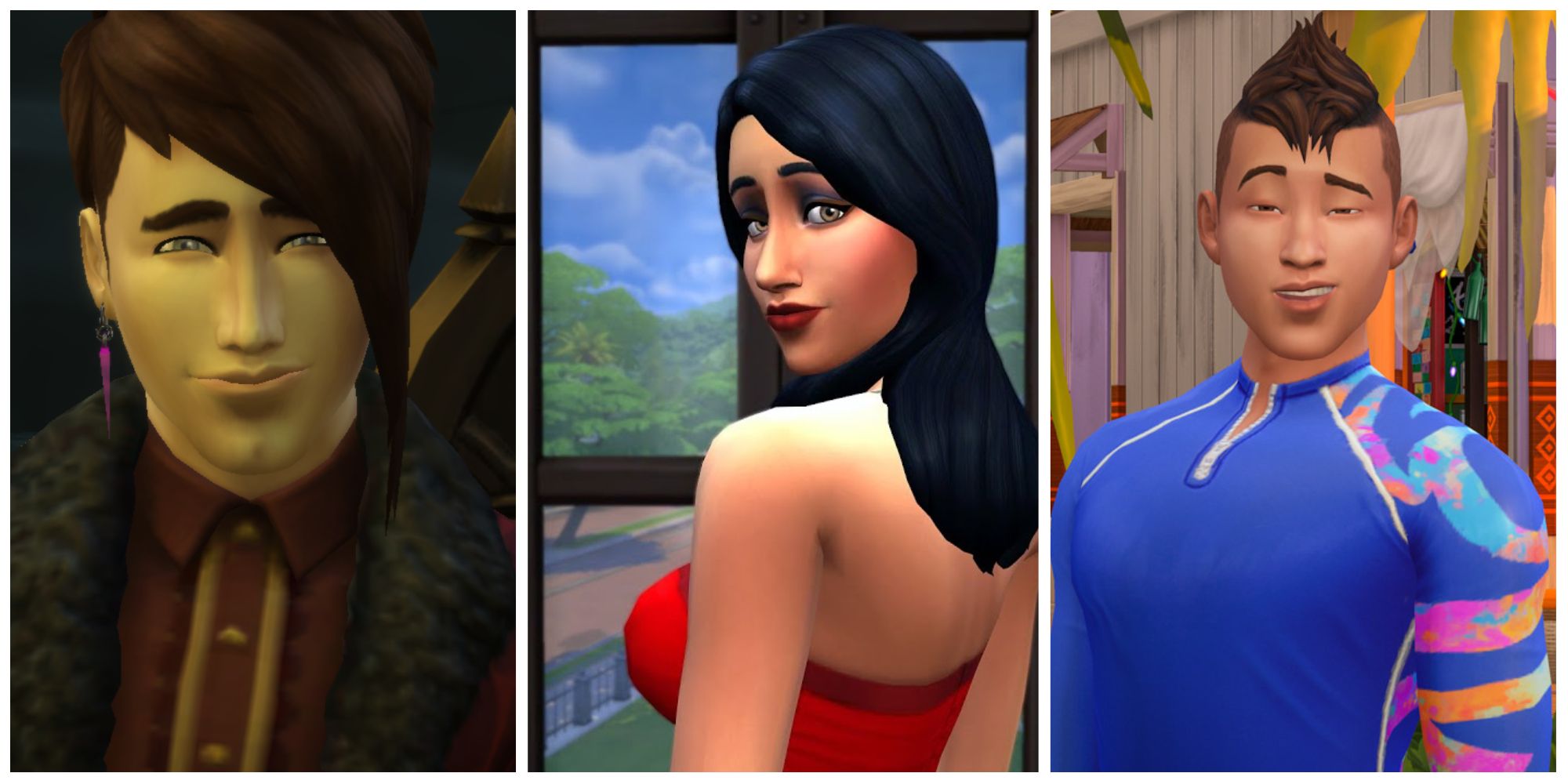 Best Prefab Sims to date in The Sims 4

In The Sims 4, you can do a lot of different things with your Sim. You can rollerblade, become a werewolf, and even space travel. These things are all good hobbies, but chances are your main goal is to set up your Sim with a nice partner to settle down with. This is a life simulator, after all.

When looking for someone your Sim can reunite with, your options are limited to pre-created Sims – heaven knows you’re not connecting with one of those randomly generated townspeople. However, you don’t want just anyone to partner with your precious Sim, you want the best. Luckily, there are several high-quality Sims to choose from.

A student at the University of Britechester, Julia Wright is the perfect example of someone who has both beauty and brains. Julia is endowed with Ambitious and Perfectionist traits, which are sure to lead to success in her Physics studies.

What’s great is that if you choose to marry Julia to your Sim, there’s a good chance they’ll marry someone who will have a successful career after graduation. Not to mention the fact that she’s sure to have good genes for future baby Sims.

Geoffrey Landgraab may not be the most appealing Sim in Oasis Springs, but he does have one important thing: lots of Simoleons. If you’re trying to play without any cheats and don’t feel like partaking in the daily grind, then marrying the rich is the way to go.

Yes, any kids your Sim and Geoffrey might have will probably look a bit awkward. And yes, you will have to play the role of a home breaker. But hey, it’ll be worth it once your Sim sits comfortably in a big, swanky mansion.

Like Geoffrey, Mortimer Goth is a potential target for your gold-digging Sims. What makes him better than Geoffrey is his sleeker sense of style and slightly better facial features – whether it’s the old version or the recent redesign.

RELATED: The Best Trait Combinations In The Sims 4

However, just like with Geoffrey, you’ll need to be prepared to make your Sim a home breaker. Given that Bella Goth is considerably more likable than the literal criminal, Nancy Landgraab, you might find Mortimer a little more morally difficult to seduce. It’s worth it for those gothic riches, isn’t it?

Stunning goddess of the ocean, Nalani Mahi’ai is an ideal choice for your Sim’s fishy flame. Leave behind the banality of normal Sim partners and find yourself a lover who can grow fins. Having children with Nalani will undoubtedly lead to beautiful offspring, who may well inherit Nalani’s mermaid genetics.

However, it may be wise to exercise caution. Nalani’s aspiration is Serial Romantic, so she can still try to lure sailors with her song even if she’s supposed to be devoted to your Sim.

Another option for a supernatural lover is Lilith Vatore. Lilith is a beautiful vampire with a cool and modern sense of Gothic style, which easily sets her apart from most other Sims you’ll find in the game. According to Lilith’s family biography, she is reluctant to drink human blood, which means that you shouldn’t have to worry about your Sim biting their neck.

Once your Sim has a good relationship with her, you can request to be turned into a vampire. Spending immortality with Lilith doesn’t sound bad at all.

Salim Benali has beauty, sweet style and cool work. So what could be the downside? Well, Salim has a hard time staying motivated and focused on his task, which probably has to do with his lazy character trait.

Her apartment screams absolutely single and has the “Needs TLC” lot trait. But, if you’re willing to ignore these things, Salim can be a great partner. Who knows, maybe your Sim can help get her back on track!

If you take your Sim to Sulani Town, chances are you’ll encounter the hottie with a beach body that’s Makoa Kealoha. He is handsome, good with children, and cares about the environment.

RELATED: The Evolution Of Vampires Throughout The Sims Franchise

The only problem is that he is already married with a child. Oops. Well, nothing a bit…interference can’t handle. It will be worth it to have Makoa as your Sim’s partner. Plus, as a bonus, if you were to move in with him, you could live in one of the best worlds in the game. Score!

If Akira Kibo hasn’t won you over just by his looks, all you have to do is take him to a karaoke bar and let him wow you with his singing skills. What he lacks in professional success, he makes up for in… well, everything else.

The only problem is that he has a jealous side that your Sim will have to deal with. Not to mention the fact that his roommate, Miko Ojo, has a crush on him. You’re not afraid of a little romantic competition, are you?

Any Twilight fan will tell you there’s something very appealing about a vampire who fights her urges so she doesn’t hurt anyone. Perhaps that’s what makes Caleb Vatore so appealing — it’s either that or his raw beauty and undeniably honed sense of style.

Like his sister, Caleb refuses to drink the blood of humans, and even goes one step further by having the “Good Vampire” aspiration. If you marry him, you will have the opportunity to move into his sweet vampiric mansion. Now it is a no-loss situation.

Before and after her update, Bella Goth is a major stunner. No other Sim could ever dream of pulling off her sultry red number like she can. Physical appearance aside, Bella has a great personality, with Good, Familiar, and Romantic traits. Talk about the jackpot!

Of course, just like with Mortimer, if you want to have sex with Bella, you’ll have to agree to break up the goth family. But hey, think of it this way: maybe if she’s with your Sim, Bella won’t end up disappearing in this timeline.

Next: The Sims 4: More Townspeople Who Could Use A Refresh

How to Do Motherlode Cheat (PC, PS4, Xbox One)