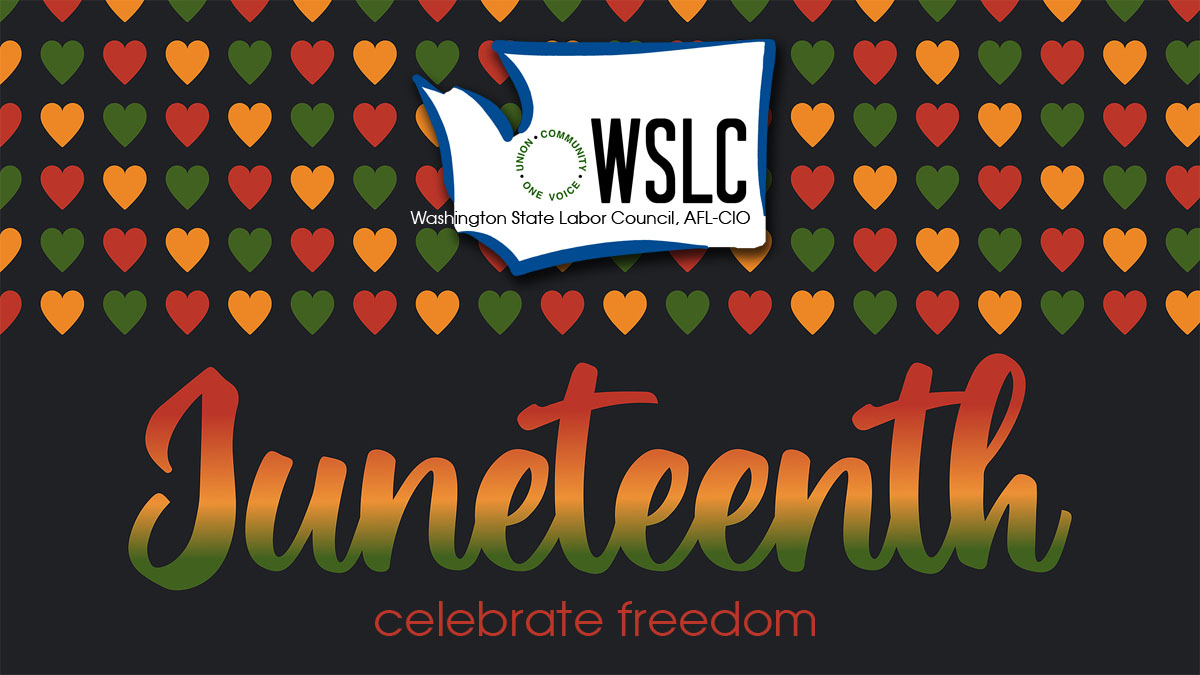 April Sims: What Juneteenth means to me

TACOMA (June 19, 2022) – Washington will recognize Juneteenth as an official holiday for the first time this year. This heightened recognition of Freedom Day – long celebrated by Black Americans coast to coast – provides an opportunity for Black people to share our resilient history, the country’s story, with our wider community. .

Juneteenth is a celebration of black freedom and resilience. As a black woman, Juneteenth for me is about celebrating freedom — past, present, and future — and remembering my ancestry. As a labor leader, Juneteenth offers me the opportunity to share my family’s story and expand the transformative power and potential of organized labor in the ongoing struggle for economic and racial justice.

My grandfather was a tenant farmer in Louisiana. When he protested the practice of paying white farmers more for their cotton than black farmers, he had to flee with his family to escape lynching. They fled to northern Louisiana to stay with relatives. There, my grandfather was told he was welcome, as long as he kept his head down and his mouth shut. But my grandfather dreamed of a better life, not just for himself, but for his children and his children’s grandchildren.

So he emigrated to Washington, where he got a job at the Hanford Nuclear Power Plant in Pasco and, for the first time in his life, earned a fair wage for a hard day’s work. He was earning enough to send for the family, but he still wasn’t free. At that time, Pasco was a sunset town, and it was no safer than staying in Louisiana. So he moved with the family to Seattle, where he got a job as a janitor at a department store represented by the Teamsters, and for the first time in his life he had both the racial and economic justice he had so fiercely sought. He found respect as a black man and respect as a worker.

Juneteenth commemorates the end of chattel slavery in the United States, a country formed in many ways by stolen labor on stolen land. Black labor built the country we live in; we invested 400 years of equity that continues today.

Nearly 160 years after the Emancipation Proclamation was read in Galveston, Texas, black workers are unionized at higher rates than all other workers, active participants in organized workers’ struggles for workers’ rights and recognition .

Black workers are at the heart of our economy, performing many of the essential jobs supporting the services our communities depend on, especially throughout the COVID-19 pandemic.

At the same time, we have seen black workers face increased backlash and retaliation from employers for exercising their rights to organize, receive fair wages and be safe on the job.

Yet black workers are leading inspiring organizing efforts here in Washington and across the United States, even in the face of attempts to weaponize racism and xenophobia to divide workers and break worker solidarity.

We are seeing a resurgence of worker organizing across the United States. One thousand applications for union recognition have been filed with the NLRB as of May 31; we haven’t reached that 1,000 mark this early in the year since 2010. The fight for economic justice and the fight for racial justice, two twin struggles that drew my grandfather to Washington State , continue.

On June 16, we remember the resilience of our ancestors that lives in us today. The fight for freedom is not yet won. But on Freedom Day, we celebrate what we have overcome and revel in the joy, community and solidarity with one another that will always carry us through.

April Sims of Tacoma is Secretary-Treasurer of the Washington State Labor Council, AFL-CIO. The WSLC is the largest labor organization in Washington State, representing the interests of more than 600 local unions and more than 550,000 basic union members. Learn more at www.wslc.org.

This column was originally published by the South Seattle Emerald.

Cheats The Sims 4 for Xbox One, PC and PlayStation 4

Sims know new Werewolves event is a hit with furries