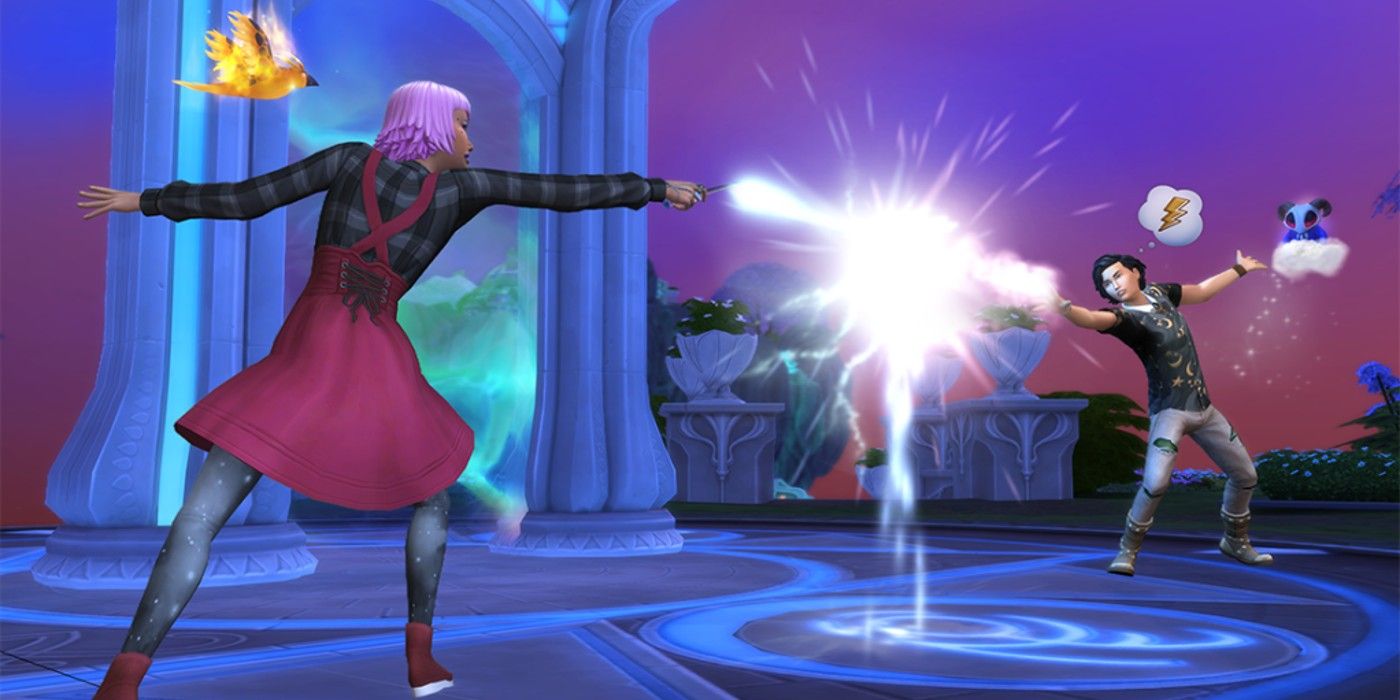 A clever Sims 4 player has brilliantly recreated the movie version of Hogwarts, impressively using no custom content in the castle design.

A brilliant The Sims 4 player recreated Harry Potterof Hogwarts in-game, impressively not using any custom content. Recreating pop culture locations in The Sims 4 is an incredibly popular gamer activity, with users making everything from movie sets and cartoon environments to locations from their favorite reality shows. Once players have designed their creations, they can share them online with others using the The Sims 4 Gallery.

Construction has always been a big part of The Sims series since its very first installment, and the tools for gamers have only increased over time. The Sims 4Build and Buy mode offers a huge range of options, from building walls and roofs to landscaping. The design options are further increased by the DLC for the title, each offering new furniture to players alongside other building components like windows and siding. Even with all of these different things at their disposal, gamers will often choose to download custom, fan-made content to The Sims 4 with the aim of further expanding their design capabilities.

Reddit user TheSimScrolls shared an amazing Harry Potter-inspired build online this week that surprisingly uses no custom content. The user has skillfully recreated the tall spiers and rock foundations of the ancient castle, and manages to capture the ancient atmosphere and amazing size of the castle despite the restrictions imposed by The Sims 4 lot sizes. An awesome video of the build process can be found via The Scroll of the Sim’s Youtube channel, showing the various intricacies of recreation. Although the interior of the Hogwarts building is currently unfurnished, the user has future plans to fill the interior as part of an ongoing project. Harry Potter series.

Although massive The Sims 4 Fantasy builds are nothing new to the game’s creative community, the fact that this player used absolutely no custom content throughout their design process is truly amazing. Custom content is nearly ubiquitous with detailed recreations like this, especially when the build deals with a fantasy setting, like The Sims 4 often provides little content that properly matches the aesthetics players are looking for. A version without custom content is a boon for players who wish to download and play this Hogwarts set themselves, as users can simply download the castle directly from the The Sims 4 Gallery and start using it without having to search for additional items online.

This isn’t the first time this player has created an impressive build without CC either; Previously, TheSimScrolls designed an amazing The Sims 4 Rivendell’s version of the Lord of the Rings without the use of personalized content. Although this smart creator won’t share his version of Harry Potterof Hogwarts until they’ve fully furnished the lot, players can surely expect to play out their own fantasy stories in the building once they’ve done so. While personalized content is a welcome staple in the The Sims 4 community, non-CC builds like this can sometimes feel particularly magical.